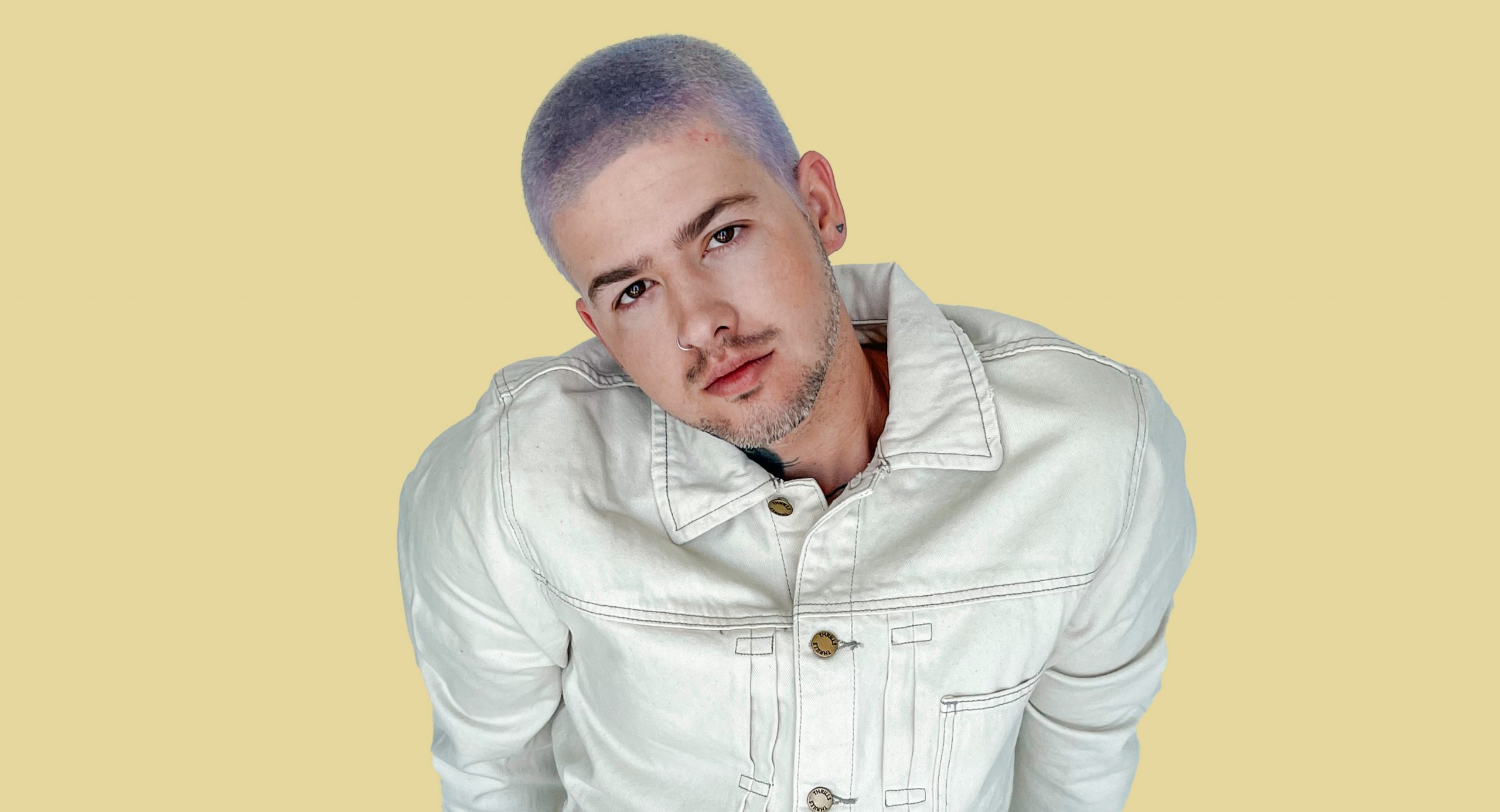 Travis Mills: On the Pulse

Discovery is more than a buzzword for tracking trends in the eyes of artist and host Travis Mills. In fact, it’s the philosophy for pinpointing the next best hitmakers. With a career grounded in versatility for the last decade, Mills has moved seamlessly between genres in his years as an artist and developed a formative career on the radio. But his innate ability to exist both as the interviewer and the interviewee, while learning the nuances of the dos and don’ts in either role, is one of his greatest discoveries yet.

The Mills of the early 2010s, known simply as T. Mills, was a major catalyst in building his desire to do it all.

Though he might be known now as the host of MTV’s Ghosted, Mills’ relationship with MTV started much earlier. Thus, in 2012, the network asked Mills to interview artists between sets in the days leading up to his performance at Bamboozle, a New Jersey music festival.

Already well-connected, the ask stood out to Mills as an opportunity to take a conversational approach with artists he knew and loved — the interviews, often, were a chance to reconnect.

“My first interview was with Incubus so, no big deal, you know,” Mills told EUPHORIA. “And then it’s Mike Posner and then it’s Mac Miller and A$AP Rocky. Just all these incredible artists, some of which I had a rapport with, so it was kind of just like friends catching up.”

The art of interviewing and, more specifically, diving into the things that make artists human, came naturally to Mills. From Bamboozle, Mills ventured in and out of the radio scene, landing at Beats 1, a call-in show titled Request and making music of his own, simultaneously building his résumé and discography.

Perhaps a coincidence, but his Apple logo palm tattoo seemed to foreshadow where he would plant his roots in hosting. Today, he channels that energy and skill into two different (but equally intriguing) shows on Apple Music 1: The Travis Mills Show and Superbloom Radio.

Mills attributes part of his on-air comfort to the radio promo he was already doing to promote his then-hip-hop music. “Every time I would end an interview, they would always ask me, ‘Have you done radio before?’ and I was always like, ‘No, I’m just an artist, man. I make songs,’” Mills says.

It’s no surprise that the blend of Mills’ experience in hosting and hitmaking resulted in tastemaking. But don’t let it be misconstrued — Mills isn’t asking artists the same questions he was roped into answering as a young artist himself. In fact, he’s staying far away from the practices that he recalls from traditional radio, whether that be hosts searching for clickbait or getting his name wrong entirely.

Despite the sometimes tabloid-like nature of talk radio, Mills doesn’t appreciate the notion that someone being in the press means the topic should be tackled on-air. “I always want someone to leave my show feeling better about themselves than when they came on,” Mills says.

Listenability only spans as far as integrity and trustworthiness does when it comes to establishing ground as a tastemaker, and those values seem to hold true throughout the airtime of The Travis Mills Show and the newer, Gen-Z-focused Superbloom Radio.

The music tops the priority list in Mills’ interviews on his Apple Music shows; it’s what the fans want, and he considers himself a fan of every artist that appears on air. That’s why Mills doesn’t believe that his personal taste in music and the way in which he curates music for the radio really differ.

The last year gave Mills the time to listen to the music that shaped him, that he loved in his teens and was lost to him in the chaos of growing up. Not only does this re-discovery give him some throwback hits to play during his airtime, but it also allows him to draw similarities from the music of today and of several decades ago in the same genre.

Rock and pop-punk, two genres that felt destined to have previously seen their peak, are strong examples of how this resurgence in familiar sound is anything but coincidental. “I feel like an emo historian at this point,” Mills says.

The phenomenon is one that Mills himself has contributed to as one half of girlfriends, his pop-punk duo with Nick Gross (and the two released their debut album just last year).

“Rock is coming back in full force; it was dead for a really long time,” Mills says. “And now you have a ton of hip-hop artists wanting to make a rock record. That just wasn’t the case a couple of years ago … it’s just this new wave; it’s being done in a different way. Fingerprints are all over everything that’s popular right now, which is such a cool thing to see coming from an emo kid since I was 13 years old.”

Though The Travis Mills Show and Superbloom Radio don’t exist solely as the hubs for emo music, the throughline undoubtedly exists — particularly in Mills’ roots as a music fan. But even when the sound is familiar, the artists might not be, which is where Mills’s desire for discovery is at its strongest.

A major piece of the puzzle for Mills as a host is helping his audiences to connect the dots; it makes the music that was once only recognizable now distinct, developing stronger recognition between listeners and musicians.

“This is the place where you can find songs from artists that you might not know,” Mills says. “Maybe you were in a restaurant one time and you heard the song and you were like, ‘Oh, that sounds really good. I wonder who that is.’ My show is the place that will tell you who it’s by, why they’ve made a song like that, what they’re up to, and what’s coming next.”

He envisions the interviews, or conversations, as he prefers to consider them, to be a means of mapping out the path the artists took to get where they are and the road they intend to follow while continuing to seek growth. Most importantly, Mills wants to center the person that makes the artist, not the other way around.

Streaming radio also gives Mills the flexibility to avoid the typical radio tropes that are required to work around commercial breaks and the weather. It gives both shows a bingeable quality that matches the appetite of listeners, in addition to lending more time to artists in order to highlight unique personalities and diverse opinions about the world of music.

The digital age, especially during the pandemic, shaped Mills’ career in more ways than one. The rise of music popularity on TikTok shined a light on the creators who were making it happen at home, opening up the door to questions about whether the bells and whistles of studio life is really necessary to create great music.

“I think what I love is that these kids, these artists, they’re making music in their bedroom, and they have the technology now,” Mills says. “They have the access to YouTube and MasterClass and stuff like that to learn what people have been doing for years, in a month.”

Artists like Tayler Holder and Beabadoobee, who have appeared on The Travis Mills Show and Superbloom Radio respectively, are proof of the power of virality and the career trajectory that often forms as a result of it.

“It’s cool to see them kind of take that power back and hold the keys because there’s really no gatekeepers anymore,” Mills says. “If you write good songs, and you have an internet connection, you can put them up for the entire world to hear and change your life in one day.”

Perhaps more than ever, the last year brought one message front and center: the music world is ready for an upgrade. Taking a modern approach to these conversations provides the opportunity for deeper, aforementioned connection to the modern fan. The interview isn’t intended to be a “how-to” for making music, but rather a chance to peer into the emotional depth that shaped the sound in the first place.

“They want to know what inspired that line and what did they go through?” Mills says. “What were they struggling with? What are they overcoming in their personal life to be able to get that spark of creativity to write the song that they did?”

To a similar extent as those tuning into the show, Mills is grasping onto major takeaways once the conversations conclude.

The process of learning is crucial to his evolution as a radio host, and Mills is able to draw upon what he hears during moments on air — no matter how casual — to develop a new understanding of that artist’s work.

“We’ll get into a record by someone and they’ll tell me about the backstory or the origin of it, and I’ll go listen to it again with fresh ears,” Mills says. “I’ll find a new appreciation for it. I’ll take something different away from it every single time.”

In short, Mills allows himself to be moved by the music and musicians that he shares the airwaves with. Being a tastemaker does not mean lacking influence or inspiration; rather, it means using the combination of the two to shape the music landscape (either one episode or playlist at a time).

The discoverability that shaped The Travis Mills Show and Superbloom Radio, as well as each show of Mills’s that came before it, stretches beyond the bounds of simply new music and instead reaches into new perspectives. Really, Mills embraces the bridge between classic and trending, proving that they can exist simultaneously — and that a shifting musical landscape isn’t equal to forgetting where it all began.