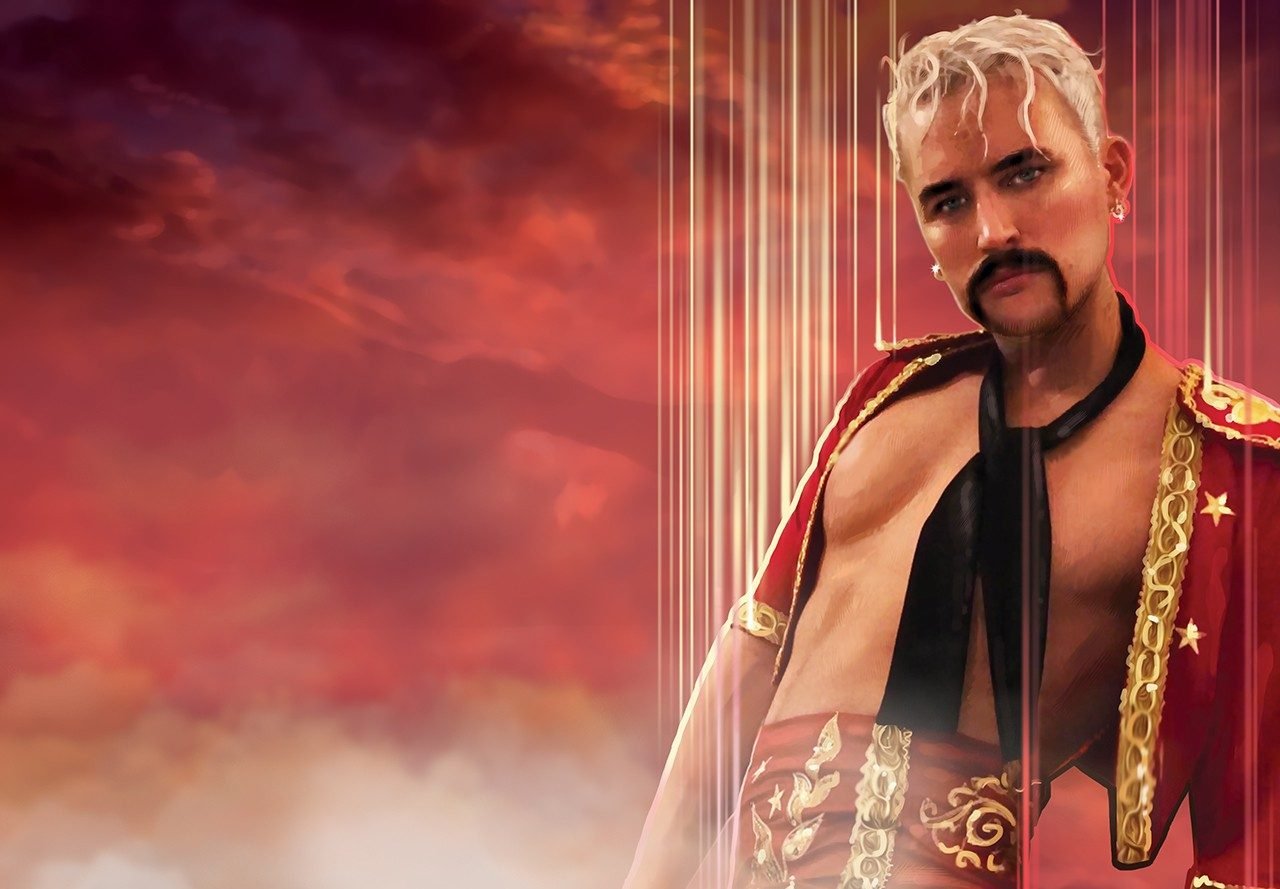 One of 2020’s greatest losses was the missed opportunity to experience Tom Aspaul’s Black Country Disco — a glorious celebration of mid-’70s Euro-disco — in a live capacity.

Ascending into the music industry in 2013 with “Indiana” (a track shortly coined by Kylie Minogue) before embarking on a full-fledged pop career of his own, everything has led up to Aspaul’s debut record, which rather, unfortunately, was disrupted by the pandemic.

Seemingly blasé about the whole ordeal, to Aspaul this really didn’t matter. Half a year on and the influx of love for Black Country Disco is yet to come to a halt, with some even claiming it a masterpiece. “Some of the real gut-punches come from people going through breakups, who say the album has helped them get through it,” he shares with EUPHORIA. “I’m always a bit awkward and English when it comes to responding to such earnest and emotional messages, but I’m getting better at it!”

“The director and I were inspired by Lady Gaga’s video for ‘G.U.Y.’,” he claims. “…better known as ‘G.U.Y. — an ARTPOP Film’ — which took three tracks from her (amazingly underrated) album and turned them into a mini-movie, complete with a little narrative.” Aspaul’s story documents heartbreak (“Tender”), his move back home to Wolverhampton (“W.M.”), and the relief that emerges when post-breakup sadness settles in (“01902”).

“It was also essential we shoot in the West Midlands,” he says. Outlined as a “love letter to the Black Country,” the visual highlights both the brutal beauty and charming scenery just a 10-minute drive from the concrete of the city.

When closely inspected, we see that Black Country Disco’s album art is in fact a digital painting illustrated by Aaron Francis Walker, one of Aspaul’s dearest friends, with inspiration drawn from Empire of the Sun’s “Walking on a Dream” artwork and Drew Struzan film posters; think Indiana Jones and Star Wars. “He used this hyper-real painting technique with airbrushes, which I’ve always loved. Think it’s dead glamorous!”

Influences continue in the sister record Black Country Discothèque, a reimagined look into the album’s original 10 tracks at almost triple the length, offering listeners a score consisting of queer unity, outrageous iconic pop moments, and ‘80s legend Kim Wilde. Stunting on the cover art like the handsome bullfighter he is, Aspaul notes Madonna’s seminal 1987 remix album You Can Dance as his main muse. “She wears a similar outfit to mine on the cover, but in black,” he says. “We also lifted the red and white color scheme and the cursive writing too! It’s a real homage.”

Discothèque bloomed from Aspaul’s consistent urge to one-up himself, diverting away from the original plan of one remix per album track to a total of 17 stunning reworks. “I started doing cover versions and new songs and extended versions and it got out of hand,” he explains. “The one teeny-tiny criticism I had heard about Black Country Disco was that it was too short…” Being the pleaser he is, there shan’t be any criticism this time around with Discothèque dropping in at just over an hour in length. 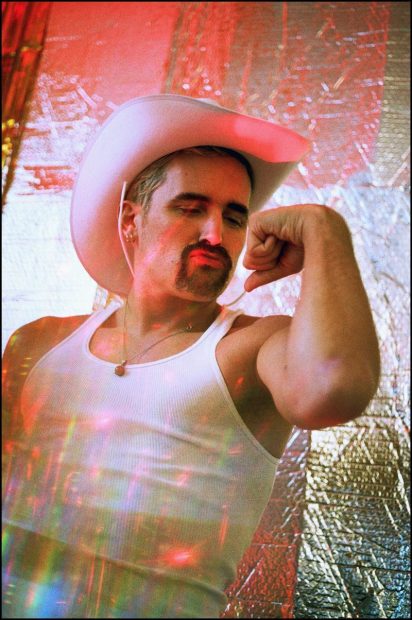 Drenched in the finest offering of LGBTQ+ talent, Disothèque celebrates queerness wholeheartedly. As somebody who previously struggled with the “queer artist” label — as “queer” isn’t actually a genre — the necessary action to transform the record into a stage for LGBTQ+ people to shine on has never felt more crucial. “We’re all telling stories and singing songs that other LGBTQ+ people identify with, and in some ways that alienates us from the mainstream and makes it harder to have any sort of commercial success,” Aspaul points out. “…so why not band together and collaborate with as many other queers as possible?”

Listing off the immaculate queer talent that has dominated British chart music over recent years, from Years & Years to MNEK and Sam Smith, Aspaul hopes that Black Country Discothèque will be a gateway for emerging queer musicians to be discovered.

Wedged inside this Black Country Disco megamix are cover versions of The Tubes’ smokey “Prime Time” and Robin Thicke’s “Wanna Love You Girl.”

“’Prime Time’ is a song that’s always been present in my life from the very beginning,” Aspaul says. “It’s this camp-as-Christmas, new-wave, male/female duet … Brendan Maclean’s vocals are next level, almost musical theatre, he really brought the performance and took it to new heights.”

Thicke’s original “Wanna Love You Girl” is the epitome of sleazy, heterosexual, early-’00s R&B, turned on its head by Aspaul and Michael Medrano to become “this 2020s, space-disco, gay-sex bop.”

The name Kim Wilde also crops up quite a bit, and why wouldn’t it when you’ve secured one of only two duet slots on the Kids in America Greatest Hits repackage alongside the legendary Boy George. “My friend played Kim and her brother Ricky Black Country Disco and they loved it and wanted me for the track,” he says. At the same time, as both Aspaul and retro specialist Initial Talk begin constructing the ’80s version of “W.M.,” does Wilde interject to jump on board and completely hit it out of the park. “She absolutely smashed the song and gave it her own twist — in her own words, it’s ‘pop bliss!’”

Black Country Disco is about to come full circle and finally get its moment to soak in the presence of a live audience. The Revenge Body Tour takes center stage at Manchester’s Aatma and London’s famous gay landmark The Glory this summer. There are also plans to embody true club nights through these performances: “I hate going to gigs when it’s just a load of waiting around and then it’s over and you go home and that’s it. We have these fab iconic gay venues until 3 in the morning!” Aspaul promises drag shows, competitions, and DJ sets throughout the evening; everything we’ve been reminiscing over the last year.

As for keeping disco alive after Black Country Disco has run its course? “To tell you the truth, I’m sick of it,” he says. He may wander away from the mirror ball in future endeavors, however, this timeless genre will remain flowing through Aspaul’s euphonious spirit. “But seriously… I’ll always be a little bit disco now won’t I?”