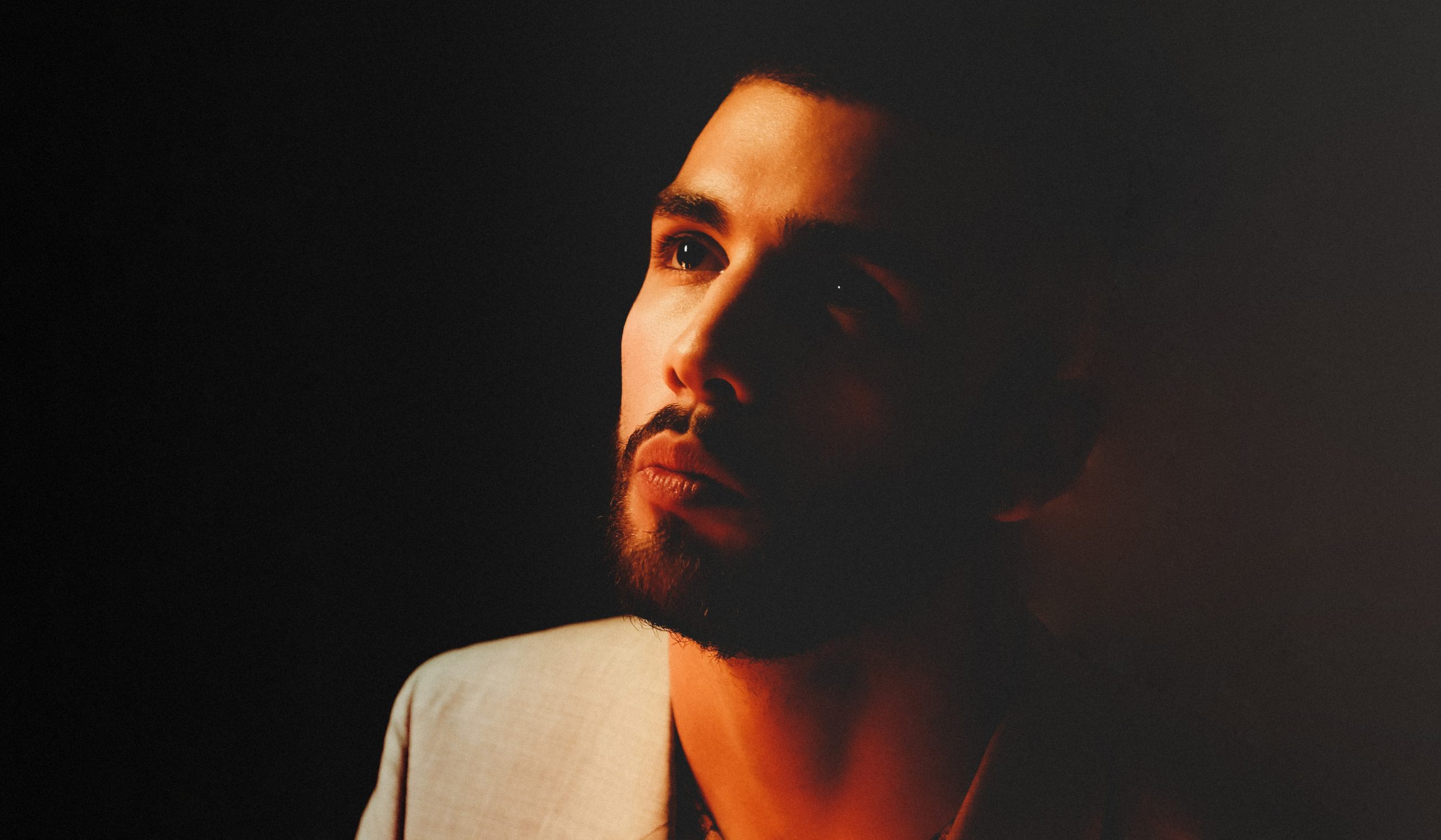 Ever since Manuel Turizo’s breakthrough single, “Una Lady Como Tú,” in 2017, he has had a lot of hype to live up to. The song, which quite easily put him on the map, boasts more than 480 million streams on Spotify while its music video has been watched over 1.4 billion times on YouTube. Fortunately for Turizo, he was able to maintain his status as one of Latin music’s biggest breakout stars from the past few years. The hits kept coming as well as the collaborations, with high-profile stars, some of which include Ozuna, Camilo, CNCO, and Nicky Jam.

Turizo’s debut album, ADN, dropped in August of 2019 and went double platinum in Mexico. Nearly two years after its release, he is ready to deliver his long-awaited sophomore album Dopamina. Fans can expect bigger collaborations and more hits. Turizo’s massive rush of success doesn’t seem to be slowing down any time soon as 2020’s “La Nota” with peers Rauw Alejandro and Myke Towers topped the charts in his home country Colombia, as well as Spain and Mexico, and reached No. 1 on the US Latin Airplay chart. His latest single, “Amor En Coma,” with Maluma is not only an obvious highlight on Dopamina but is also bound to be another smash for the 20-year-old.

Despite the phenomenal success, Turizo has yet to reach his peak and is on his way to becoming a huge household name. The singer speaks to EUPHORIA. about the pressure of matching his success, his hotly tipped new album, and who he would love to work with next.

I wanna take it back a little to when you started your musical training at the age of 13. Who were your inspirations around this time?

Bruno Mars! I still dream about collaborating with him on a song. I also took a lot of inspiration from Luis Fonsi and Álex Ubago.

Do you ever wonder what your life would be like if you went ahead and chased your original goal, which was to be a veterinarian?

I don’t, because deep down inside I really knew that music was going to be my career. Once I started working towards it, nothing could stop me. Don’t get me wrong, I love all animals, but I love them so much that I don’t think I would’ve been able to withstand seeing an animal suffer, and that’s one of the downsides of being a veterinarian.

It wasn’t long until you got noticed. How old were you when you got signed and how did that opportunity come about?

At 15 years old I moved to my brother Julián Turizo’s house in Medellín, because that’s when I really felt the drive to kick-start my career, so we started working together with him as a producer. We had no money to produce a song, but we got lucky and met a producer who gifted us the first tracks that we turned into songs. I released them on Dec. 6, 2016, and they were “Una Lady Como Tú,” “Vámonos,” and “Baila Conmigo.” “Una Lady Como Tú” became a hit. First in Colombia and then in Latin America and people began to notice me. That opened the doors to be seen by La Industria INC, and I released “Esperándote” under the label. When that single got over 700 million views on YouTube, I realized the reach and impact I could have, and that was the validation I needed to keep going.

Did the success of your debut album, ADN, come by surprise?

A little bit yes, because you always expect an album to do good, especially when you put so much effort and love into it, but ADN exceeded my expectations.

Your first album racked up the streams and put you on the map. Has there been any pressure to make something that would match its success?

Yes! That’s why I’ve taken my time with Dopamina, making sure every little detail is taken care of, that we get the right collaborations, and that the music speaks to people.

What is the inspiration behind naming your new album Dopamina?

Dopamina means “dopamine” and dopamine is a neurotransmitter that boosts mood, motivation, and attention. It plays a big role in how we feel pleasure when we’re doing things we like, when we’re with the person we love, when we’re eating something we enjoy, or watching something entertaining. So this album is that, a dopamine release because it’s going to make everyone feel that good!

Your older brother was a big part of your debut album by helping write and produce the songs. How much involvement did he have on this album?

Julián took me in when I decided to kick-start my career, and he became my producer ever since. He is involved in every song I record, and I wouldn’t be where I am if it weren’t for him. While people might not hear much about him, he’s always behind my projects, making sure they sound their best. Without Julián Turizo, Manuel Turizo wouldn’t exist.

A lot of artists find making their second record a challenge. Can you relate to that?

Totally. This was an even bigger challenge because of the pandemic. A lot of things got pushed back, a lot of things were born from the situation, and other things found a completely different meaning. For example, “Quiéreme Mientras Se Pueda” ended up becoming a hopeful song during quarantine, and people expressed their love to their family members through this song in a time when we were all at home without being able to leave or visit our loved ones.

How did the ongoing pandemic help or change your creative process?

It gave me more time to really put things into perspective, especially how I want people to receive my music. It made me want to create more music with content and quality, and also it forced me to trust my instincts. My album has been ready for a few months now, and as much as I wanted to listen and relisten, and change things at the last minute, it came a point where I just  had to tell myself “you know what you did, and it’s extraordinary, so have some faith, and leave it alone until it drops.”

Dopamina sees you teaming up with Maluma on a track. How did this collaboration come about and what is the inspiration behind the song?

“Amor en Coma” is a song that came about last year while we were in the middle of the pandemic, and it was really a blessing to be able to collaborate with another Colombian, especially Maluma. “Amor En Coma” is about realizing you can’t be in a relationship anymore but feeling guilty about breaking up because you don’t want to hurt the other person, and I think this is a side of the story we barely get to see or hear in songs, and it was time someone brought that up to people’s attention, especially in a song this beautiful and meaningful.

Will.i.am is another big collaboration on the album. Tell us about that experience.

It was an honor to have the opportunity to work with Will.i.am on this track together with El Alfa. I love what Will and the Black Eyed Peas are doing by fusing their sounds with Latin rhythms and creating a more universal sound that everyone can equally enjoy, and I wanted to get a piece of that pie too. And then we also have El Alfa, who is bringing Dominican dembow to a whole other level and taking it from the streets to the mainstream. I think we nailed this song “Caliente,” it’s as hot as the name sounds, and I think everyone will vibe to it.

If you could describe Dopamina in three words, what would they be?

What are you hoping listeners will take away from the album after hearing it?

I’m hoping they’ll feel good, that they can unplug and let themselves dive into the music, and experience a full sensory overload that will make them want to dance, enjoy the moment, have fun, feel pleasure, and all the things that dopamine encourages.

Do you have plans to release any music in English or are you happy with only singing in Spanish?

I’m happy singing in Spanish. Nowadays you don’t really need to speak the language to reach people and I think that’s one of the beautiful things of this generation of Latin music.

With so many collaborations under your belt, is there anyone who you would really love to work with that you think would complement your sound?

Bruno Mars. He’s out of this world!

This year the main focus is Dopamina, I have a US tour with dates all the way through November and obviously continue to make good music.