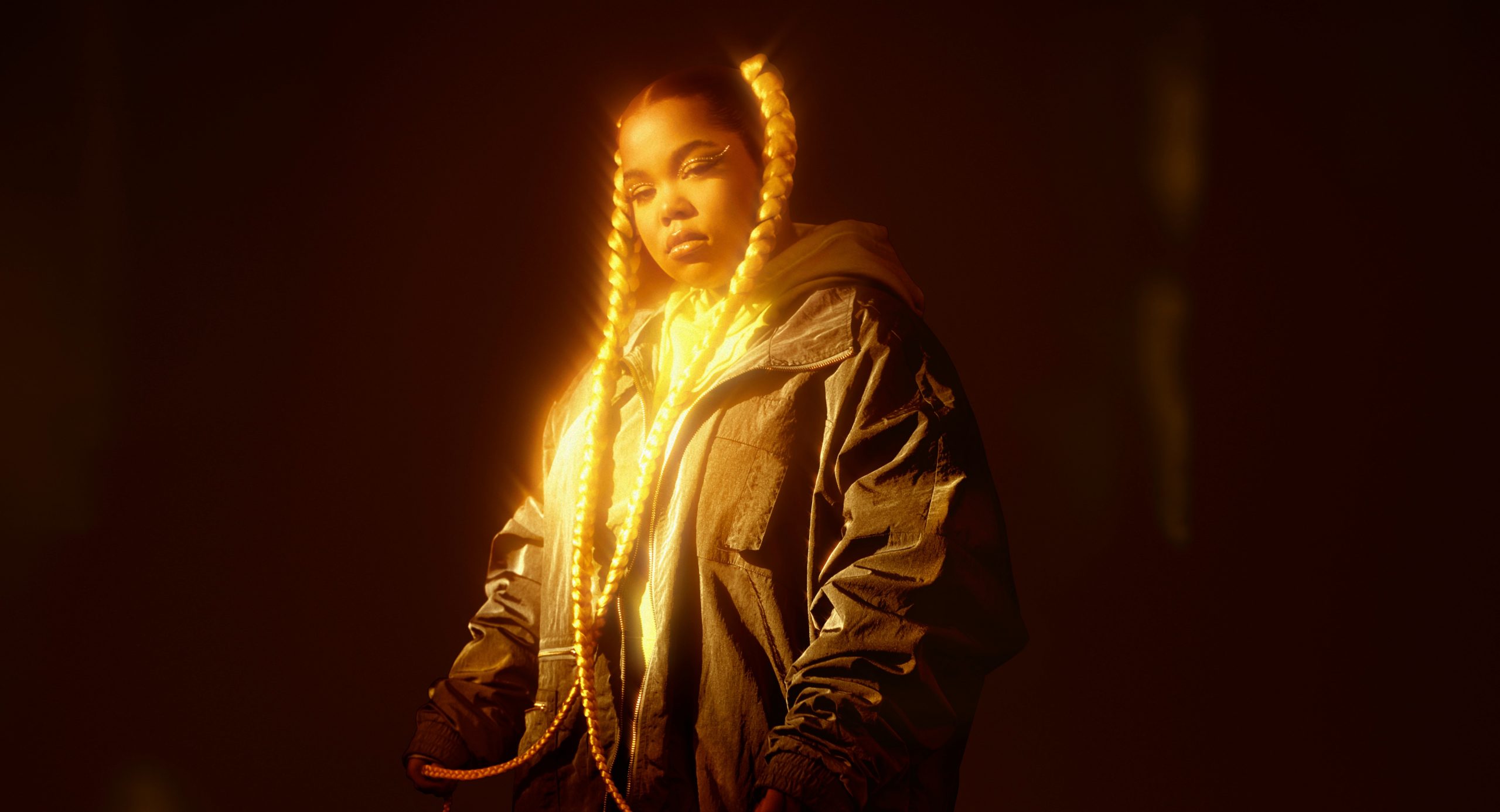 Zoe Wees is one of music’s most exciting rising stars and that definitely isn’t being said for the sake of it. Aside from her phenomenal voice, this star from Hamburg, Germany, knows how to write a powerful song and connect with her listeners on an intimate level. Even though the 18-year-old’s career started to gain a lot of attention in 2020, she has been on her journey to superstardom for some time.

At the beginning of our Zoom video call, Wees admits that remembering the age she wrote her first song is a hard question to answer. “I always wrote songs and always loved writing music but never really did something out of that, I just wrote down some notes,” Wees tells EUPHORIA. While she doesn’t remember when she penned her first-ever song, she does recall going into a recording studio at the age of 11.

In 2017, Wees auditioned for Germany’s version of The Voice Kids at 14 years old after her mom told her she should give the talent show a try. She performed a rendition of Jessie J’s “Get Away” and immediately impressed the panel with her raw talent and made it further into the competition. She may not have taken home the title, but she appears to be very OK with that. “I’m happy it didn’t work because I feel like I wouldn’t be signed to Capitol; I wouldn’t have these chances that I got right so yeah, it’s all meant to be,” Wees says.

The Voice Kids has contestants as young as 11 take part in the show. Wees admits she was ready to put herself in the spotlight at 14 but believes others shouldn’t rush, explaining, “Maybe they should wait a bit longer because, after the show I realized, the whole community that I have right now is not because of the casting show that I did. It’s because of the hard work and I built up a team and we work really hard. I feel it’s more special to work for your dreams instead of being part of a casting show that does it all for you.”

It wouldn’t be until 2020 when people outside of Germany started to become fully aware of Wees. Her debut single, “Control,” was released in March last year, around the time the coronavirus pandemic really started to impact the world. Despite not being able to play live shows, Wees insists one of the reasons the song blew up was because listeners had more time to listen to music during quarantine and needed material to relate to.

“Control” is not your ordinary debut single from an aspiring teenage pop star. The deeply personal power ballad instantly lets listeners know that Wees is no manufactured act, despite her talent show past. Its lyrical content hears her let out all her emotions as she sings about her struggle growing up with benign rolandic epilepsy.

“‘Control’ was the first song I ever wrote with co-writers in the studio and I felt like the song was very special because it’s about my epilepsy. I had never heard a song about epilepsy before and I felt that that was something people needed to hear, especially those who are struggling with the same as I did or similar problems. I felt it was super important to release that as my first single,” Wees shares. 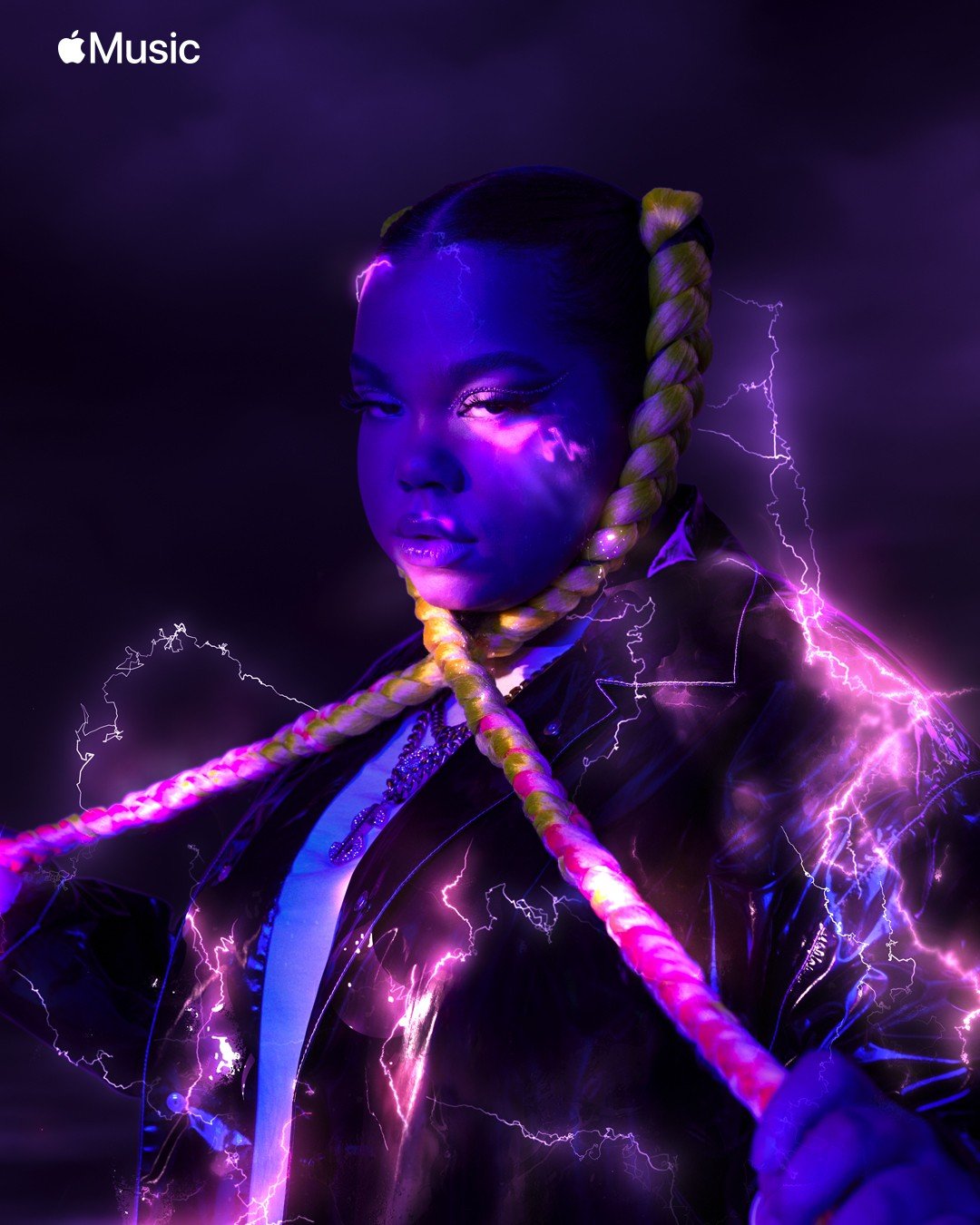 As for the overwhelming response from listeners, she wasn’t too surprised that people resonated with the song: “I expected it because people are going through the exact same things. I’m not the only one and that’s something I had to realize. It took me some time to realize that I’m not alone with what I’m going through. I expected that people can relate but not this much. It made me happy that I can help them with my songs. I saw so many artists writing about love and stuff, and it’s super important too, but it’s not that real struggle thing that people need to hear.”

Over one year after its release, “Control” has racked up more than 370 million streams online and was a massive success across Europe. With that being said, the song wasn’t an immediate hit. Wees believes that her hard work was one of the reasons it started to get the attention it deserved. “I worked really really hard,” she says. “Last year I was in France, I was in Italy, I was everywhere. I was traveling around Germany and just did promo stuff. I had no days off. So last year consisted of lots of hard work and I think that pays off always.”

“Control” quickly gained Wees a very loyal following around the world. With two singles released, she now has over 9 million monthly listeners on streaming platforms. When questioned if streaming numbers and maintaining success is something she focuses on, Wees states she doesn’t want to think about that, adding, “‘Control’s success was not normal. I feel like not every song can reach the same amount of success. If a song comes out and people don’t really listen to it, I don’t mind. It doesn’t matter because I wrote a song about very special topics. All my songs are always about my struggles. Every song is special to me, if a song doesn’t become as big, it’s OK. I don’t feel any pressure. ”

The message behind the songs is a very important factor when it comes down to Wees’s music. She revealed that she writes all the time. Whether it’s lyrics or ideas that come to mind — she’s always being creative. “Most of the time when I’m in the studio or the day before I try to figure out lyrics and melodies. I’ve built a home studio and can do this all at home because of COVID but I’ve realized I’m not that creative when I do it at home. We’ll see how it turns out,” Wees says.

The ongoing pandemic has seen her spend more time writing and being in the studio, which has helped her find herself more. During quarantine, she noticed that when she’s sad, she’s “even more creative.”

Nearly a year after “Control,” Wees released her long-awaited follow-up single, “Girls Like Us,” in January 2021. Recorded in London with songwriter/co-writer Hight, the super empowering song hears her sing about the insecurities young women like herself today deal with. Wees described the song as “super strong,” saying it’s one that is “important” to her because she feels the world of social media portrays people’s life and image so perfectly, which isn’t always the reality. “Everyone wakes up with beautiful hair and never look normal,” she says. “I had to bring that back because I struggle with that still and I wanted to bring back some real beauty stuff.”

Lots of public figures, especially young women, struggle with image and feel pressure to look a certain way. Instead of thinking about what society thinks she should potentially look like, Wees makes it clear that she’s interested in being an artist and using her time to connect with fans: “I’m just living my life and keep trying to help people with my songs and letting the music speak for itself.”

Even though Wees’s two singles are very emotional, she’s all about finding the light at the end of the tunnel and turning dark situations into positive, celebratory moments. Wees knows she has a voice that needs to be heard and loves to make others feel good. While promoting “Girls Like Us,” she created a TikTok challenge to encourage fans to feel confident without makeup or a filter on their face.

Wees has previously teamed up with Moonbootica and Tom Walker on collaborations but told us that features are not something she is chasing at the moment. She is currently “writing a lot with newcomers,” adding “our connection is pretty strong.”

Wees has been open about being a big fan of Miley Cyrus and Lewis Capaldi. Before the release of “Control,” one of her other favorite artists, Jessie J, noticed Wees’s cover of her song and reposted it online. “I’ve been a fan of Jessie J my whole life. It was crazy, I was freaking out. I sent her a video where I was crying. Pretty embarrassing,” she giggles.

Lots of fans must be wondering what’s next for Wees. She was pretty tight-lipped but did mention that her debut EP is on its way “pretty soon” as well as other single releases. Maybe even a streaming concert. “We’ll see,” she says.

With only a couple of singles under her belt, Wees has already proven to be a very promising artist who has the potential to become one of music’s most prolific singer-songwriters. Sharing her story through songs might be human nature for her but for listeners, it’s super refreshing to see someone so young remain honest and unfiltered.