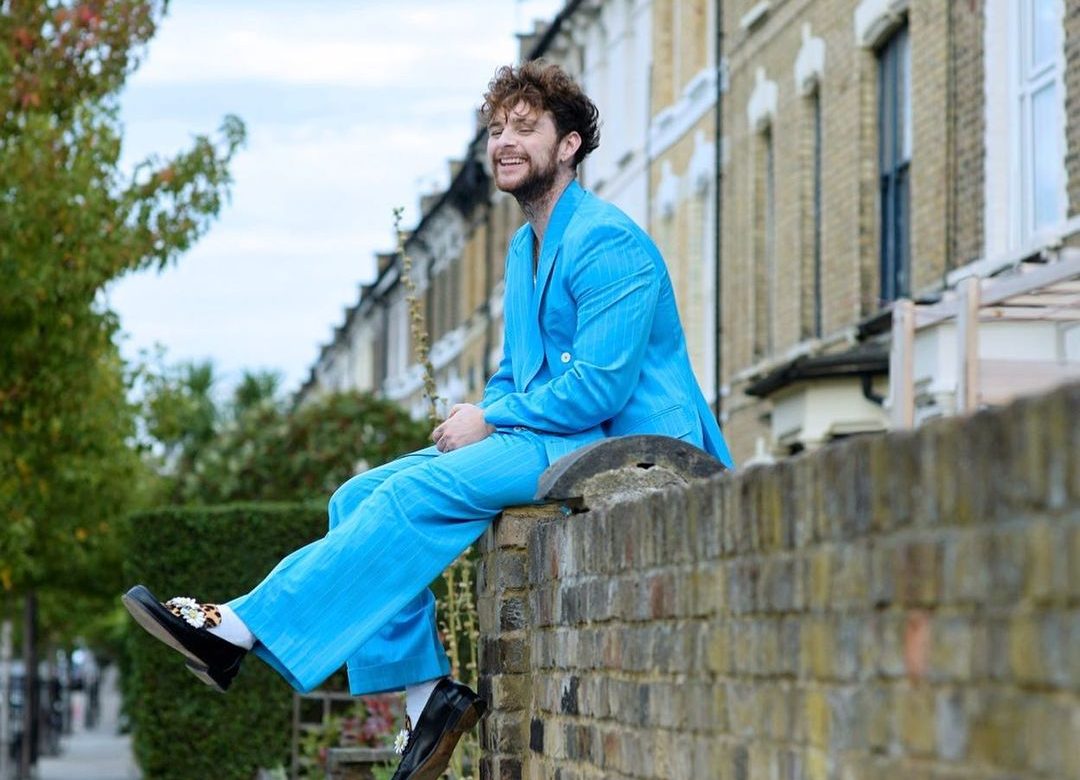 Grennan's second album is a diamond in the rough.

Heartbreak usually paves the way for bigger and better things, sometimes literally. This is the case with British singer-songwriter Tom Grennan’s second album. Named after the street where he used to live with an ex, Evering Road sees Grennan navigate heartbreak and redemption in bigger and better songs.

The album opens with a banger that seems to have been inspired by Adele’s “Rolling in the Deep.” “If Only” has the same urgency and soulful sound, including a jazzy piano and variety of brass instrumentals in the background. Grennan’s got a pleasant grit to his tone that perfectly straddles the line between pop, blues and soul — which only brings more authenticity to the song.

“Something Better” is a little funkier, relying on a jumpy piano that makes the track feel almost manic. While the production is interesting with the slick pre-chorus where Grennan effortlessly slides from his gravelly voice to an impeccable falsetto, the song suffers from the fact that it’s sandwiched in between perhaps two of the best songs on the album.

Because next on Evering Road is “Little Bit Of Love,” which cannot be described as anything but pop perfection. The high-tempo track is a real earworm, allowing Grennan’s vocals to shine in a way that highlight the desperation found in the lyrics. The rich instrumentation will hold up well in live shows, but it also forms the perfect backdrop for a radio banger.

While some might think that Lewis Capaldi has somewhat of a monopoly on gritty alternative Britpop, this song proves Grennan is coming for his crown. The biggest difference between the two crooners is that Grennan clearly prefers more up-tempo tracks. He excels in building tension, switching effortlessly as well between acoustic and electronic instrumentals — with “This Is the Place” even featuring a somewhat EDM-inspired drop. “Second Time” also sees this great integration of various music styles, without ever losing its organic feel.

“Amen,” on the other hand, is a manifestation of Grennan’s clear soul and gospel influences. Even though it’s perhaps lyrically not his strongest offering — “I don’t go to church, but Amen” — musically it’s a wonderful addition to the soundscape on Evering Road. It fits the overarching narrative of what Grennan wants to share through his second album, both in terms of who he is as an artist and as a person.

Those moments of struggle are also captured on his record, especially in the tracks where Grennan considerably slows down, such as “It Hurts.” Filled with anguish and resentment, it’s accusatory and much less introspective. Rather, the song focuses on pain. Yet, it’s “Make My Mind Up” that feels like one of the most vulnerable, honest moments on the record. A stripped-back ballad that only relies on piano and some violins, the track almost accidentally captures a fragile truth — “I don’t know what I want from love.”

Rather fittingly, the album ends on a reflective note with “Love Has Different Ways to Say Goodbye.” It’s a standout song for its simplicity, relying only on acoustic guitar, violins, and excellent songwriting. While it’d be easy to make this into yet another big explosive number, Grennan stays true to the bluesy treatment the song deserves.  The lyrics are poetic, morose, and gloomy — reluctantly accepting of the fact that sometimes, love just ends — no matter how much you don’t want it to. Because sometimes, relationships end not with a bang, but with a whimper. And as paradoxical as it may seem, mirrored in music it’s the whimpers that can leave the biggest bangs.

Evering Road is an album that is meant to take you on Grennan’s journey of love and heartbreak, and it delivers almost every step of the way. Consistently well-produced, the album shows off Grennan’s biggest strength — his soulful, gravelly voice. And while his journey from the actual Evering Road to its namesake album was a tough and painful one, it’s now resulted in a diamond in the rough.