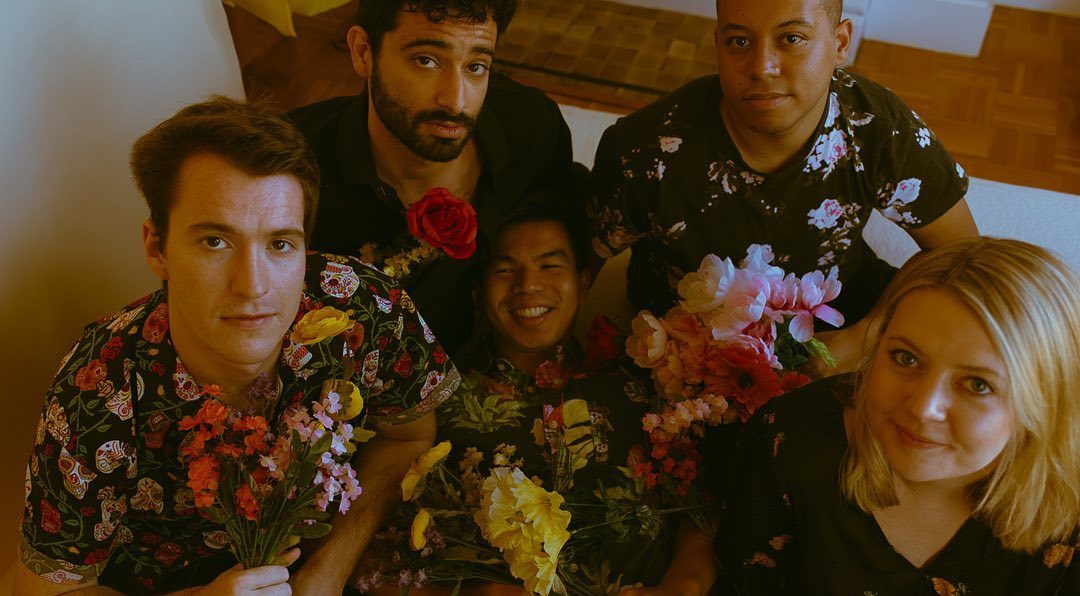 The same DIY ethos at the heart of Boston’s local music community also comes through in every aspect of Divine Sweater. They write, record, and produce all of their own music, they make their own visual art, book their own shows, and handle all of their own promotion. And having now released two albums in two years, this is quite a feat for the unsigned band and evidently shows the willingness and dedication they have for their art.

Divine Sweater Presents: The Ten Year Plan follows on from the band’s 2019 debut album Human Love. In their self-written press release, the band offer an insight into some of the inspirations behind their latest body of work: “Throughout our twenties, we have each been asked countless times where we expect to see ourselves in five to ten years. Our album touches upon the ways in which we lie to ourselves and to others about (life) plans… more importantly, it addresses the fact that plans, for the most part, are nonsense anyway because life is totally unpredictable.”

Tracks like “What if They Find Me Out?” and album opener “Looking For You (Everywhere)” harken strongly to the airy vibes of Canadian indie-pop giants Alvvays with groovy bass lines and Kelleher’s floating vocals at the forefront. In fact, Kelleher’s vocals are the standout feature of the album as a whole. Whether it’s her thick vocal harmonies, neat vocal melodies, or nicely blended vocal mixes, Kelleher obtains a voice that’s worthy of matching a number of current indie-pop vocal contemporaries like Japanese Breakfast or Soccer Mommy.

“A Different Gravity” tackles some of the more serious themes on the album. A song about mental health and suicide, the major to minor fourth changes in their chord structure as well as the addition of violin and cello lines make for a tear-jerking concoction. The chorus sums up the track best: “Leave me air, I can be good and I’m cool I swear / I just take a while to settle in, but you’ll love me once you know me if you know what I mean.”

If you’re an indie record label owner reading this right now, you’d be foolish to not check out Divine Sweater. From their groovy sound to their catchy tracks and most importantly, their DIY ethos and passion for their own music, Divine Sweater’s sophomore album offers a snapshot of the unpredictability of young adulthood in flux, and it’s a real treat.