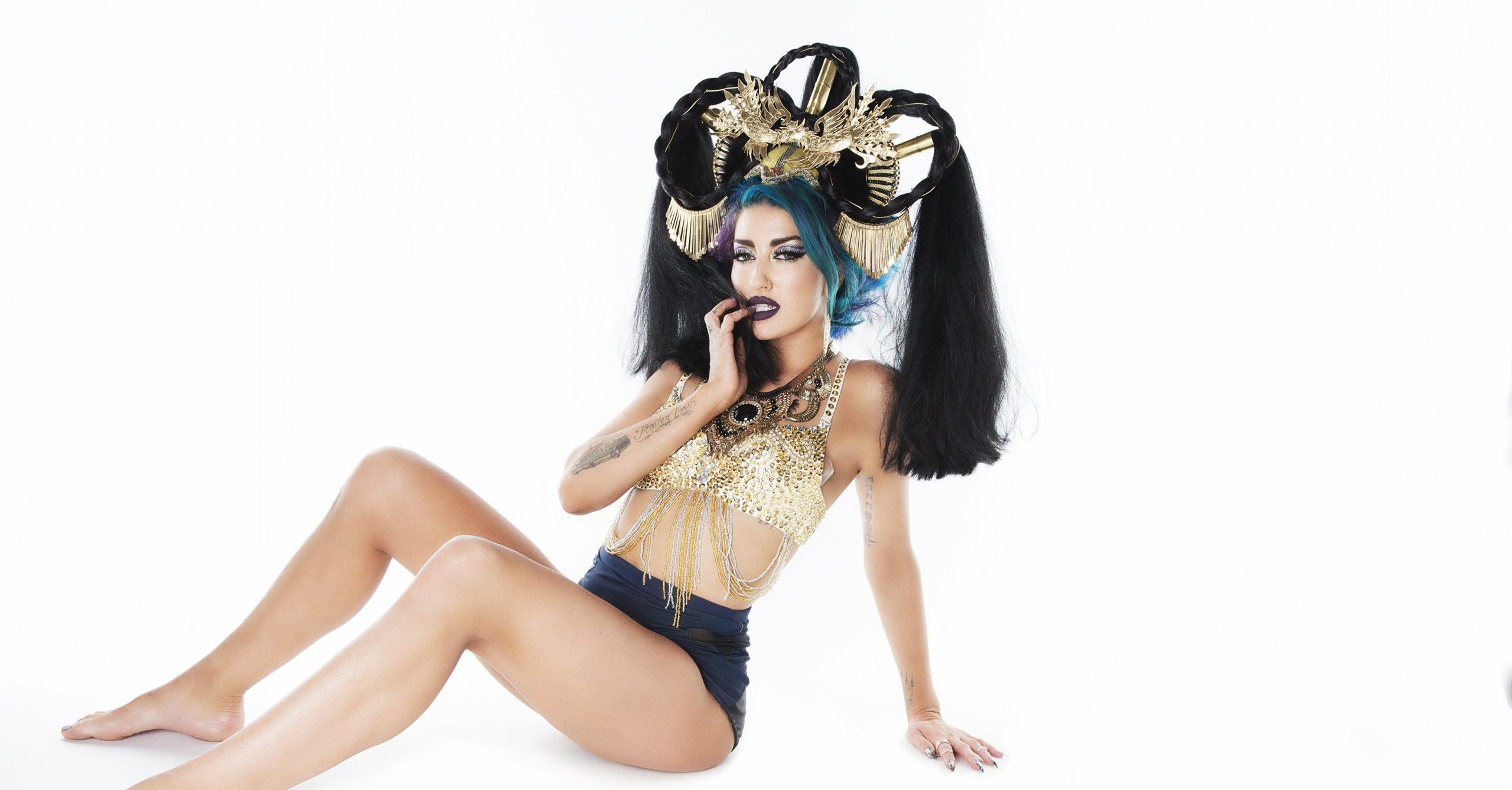 Neon Hitch has been making waves in the industry for some time and certainly isn’t done with releasing bops.

Along with releasing two studio albums and three EPs, Neon has collaborated with a whole range of high-profile stars — Bruno Mars, Sia, Gym Class Heroes, and Tyga — and has most recently teamed up with Baddies Only and Pvssycat for a new anthem. It’s been a couple of years since Neon’s last studio album, Reincarnation, but she’s still very present on the music scene and has been keeping listeners fed with a number of single releases.

Neon welcomed her daughter, Freedom, in March of 2021, and many fans may assume this year will be a quiet one for the songstress. However, that is far from true. Neon spoke to EUPHORIA. about the many projects she has planned for 2021, how motherhood is influencing her work, and a whole lot more.

Your new single “Una Locura” is a complete vibe! How did this collaboration with Baddies Only and Pvssycat come about?

Well, since the pandemic I’ve been stuck in Wales in the UK and really missing being in Miami where I was consistently in the studio, so I set up a home studio and have been recording everything myself and just sending vocals to the producers.

The “Una Locura” collaboration came about when my old friend Structure sent me this track produced by his artist BADDIES ONLY and Pvssycat and I thought, “Oh that’s a bit of Miami party vibe!” so I just hopped right on it and put myself in the mindset of myself a year ago… far from my current reality.

Also, congratulations on giving birth to your daughter, Freedom! While pregnant, were you still writing and creating music?

Thank you!! Yeah I was still trying to stay creative when pregnant but the magical lyrical inspiration only came after her birth; I literally sat on the couch the first five days crying while staring at her and coming up with lyrics.

I was pregnant when I made “Una Locura,” though so she was a collaborator on that track!

Do you think motherhood is going to influence your future music in any way?

I think becoming a mother is the bravest most challenging thing a human can go through. From experience, it’s been the toughest moment for me that I’ve created some of the best music…so, watch this space!

I do have a vision of this evolved sound that is next to come out of me but I’m not rushing it, I want it to be perfect and I’m waiting for the universe to send me the perfect producer to create a new project with…I also spend 95% of my time currently breastfeeding.

You are planning on dropping a new mixtape very soon. Is there a release date? And what can fans expect from the project?

This mixtape FREE STYLE is an idea I had when listening through some demos I had just sat on my laptop. I pieced together all the tracks that were studio freestyles and put them in a flow that felt right and then through freestyles, give the mixtape out for free, my baby is called Freedom, the release date…I haven’t actually picked a date. That is also on brand of FREE STYLE…but I plan on dropping it some date in April so make sure you keep an eye on my website for updates!

You’ve recently been selling limited edition albums with unreleased material on them for loyal fans. Tell us more about that.

I just hated seeing all these amazing songs sat there collecting dust so I’ve been making personalized albums for dedicated fans. It’s very personal and I love doing things like that. People can just email contactneonhitch@gmail.com for requests.

Your debut album, Beg, Borrow, and Steal, was supposed to be released on a major label during the early part of the last decade. You worked with huge songwriters and producers and decided to not go ahead with it because you didn’t feel it had enough of your soul put into it. Was this a hard decision to make at the time?

Oh yeah, that was a really big project, I wanted the album to come out, but it was down to Warner at the time and they didn’t end up putting it out. Being on a big label is a blessing and a curse at the same time really, the decisions are not down to you.

Some of the early material was written with Bruno Mars and Sia. What was that experience like?

I’ve been lucky to work with so many amazingly talented people; each collaboration I feel you learn something. I can’t wait until real collabs happen in person again!

After all this time, your debut single “F**k U Betta” continues to rack up the streams. Did you ever think this song would have the longevity it has had?

Haha, I kind of do. As soon as I got the hook to that song I was like “Ooh this is catchy!” It just gave me that feeling.

I remember the morning after I’d been in the studio writing the song I played it to Benny and he turned to me and said “This is a hit” and we were literally jumping bopping to it in the bed.

You’ve collaborated with a whole range of high-profile stars. Do you have a dream collaboration?

Along with the new mixtape, are there plans for a third studio album? Or are you enjoying just releasing singles at the moment?

I am enjoying releasing feature singles with other labels right now; I have another couple lined up too leading into the summer and then a summer single coming out on my own label WeRNeon. But I will be working on a new album for sure at some point this year.

You are currently writing your own autobiography. That’s exciting! How is that going?

I’ve always wanted to write a book on my life as it’s such a wild adventure, and now just felt like the right time to sit down and work on it while it’s been lockdown. And I feel like I’m now starting a whole new chapter in life. It takes TIME though! But I am very excited to share eventually.

You were raised in a family of circus performers and spent a lot of your childhood on tour buses. Do you think your upbringing had a huge impact on you wanting to be a performer yourself?

Absolutely! I remember being side stage with my dad at gigs he was doing lights for and I’d just stare up at the artists googly-eyed and inspired, then doing circus performance at festivals when with my mum — my whole childhood created the artist I am today.

You’ve been in the industry for over 10 years. What is something you know now that you didn’t when starting out that has stayed with you?

I would just say learn the business side of things as well as the artistic — super important!

Well I live my whole life very freestyle BUT this time last year I set a goal of having a baby and it happened! Now I’m adjusting to being a new mother and giving it my all. But as soon as travel is permitted and things start getting back to normal, I will be heading back out to the states to begin my new journey with Freedom! I’m in so much of a better place mentally now than I’ve been in a VERY long time so I’m really excited for any of my new ventures because they will be handled with a whole new mindset.