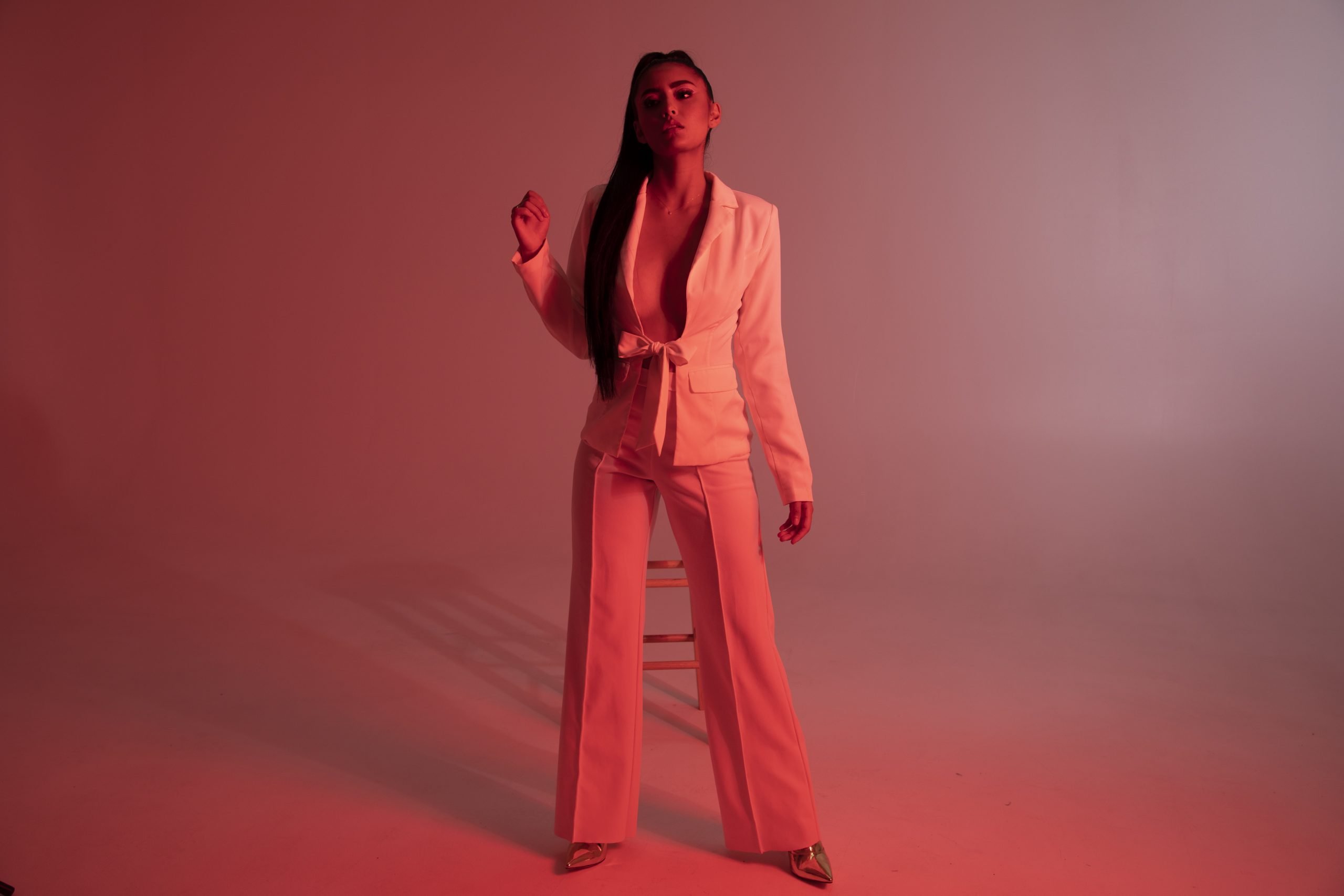 The seductress YAS dropped a new EP titled RED, and it includes two songs: “LIAR, LIAR” and “TUCKITIN.”  I think you will agree with me when I say they are the ultimate revenge songs. The lyric video to “LIAR, LIAR” is the goddess herself soaking in a bathtub full of her enemies’ blood and smoking a cigarette like she just had sex. “TUCKITIN’s” music video is herself, again, fighting someone in the ring one second and lying in love the next. This is all not to mention the lyrics of these payback anthems. From “I’m coming in like a left hook straight into you” and “I’m ready for you bitch come try me,” and “don’t be surprised if she ends up under your bed.”

YAS is serving Greek goddess “Circe” vibes. The goddess who turns men to pigs by luring them in as lovers when they try to leave. Sexy murderous vocals over deep instrumentals that take us out of this world and into hers. YAS started her career off as a classically trained violinist but she’s here to do exactly what she was repeatedly told not to do. She went from being other people’s violinist, to the star of the show and she’s off with a bang. We got to talk to the LA-based singer songwriter about being from the East Coast, the inspiration behind her new EP, and making the music video to “TUCKITIN.”

I’m from Lexington, MA. I moved to LA for school in 2011 and I’ve been here ever since. I’d say I have really adopted Los Angeles as my home away from home, but I still have a few East Coast tells. For one, my friends make fun of how I say certain words, like room and horror. I am also not afraid to say I am still a ride-or-die Celtics fan till I die and I am not the biggest fan of New York. Regardless, no matter how far away I am, I will always have love for Boston and my East Coast roots.

How long have you been playing the violin? How has that skill been incorporated into your music now?

I’ve played violin since I was age 6. My mom’s Asian so it was definitely my destiny to excel in an instrument. With that being said, I grew up playing classical and performing with orchestras worldwide. I hadn’t really done any other kinds of music up until I moved to LA. In 2013, people really started repurposing violin into more mainstream genres and I was lucky enough to hop on that train. Obviously having classical training has helped in terms of song creation — it’s easy to come up with chord progressions, melodies, etc. I don’t like to OD on strings — as much as they will always be a part of my musical identity, they’re certainly not on every track. When it feels right, I love to have a string moment.

How did you come up with RED? What was the process like writing “TUCKITIN” and “LIAR
LIAR”?

I originally came up with the overall COLORS concept after many industry A&Rs/managers told me that my sound was too broad and I was trying to cover too many bases. Many were suggesting I stick to one genre — be it only ballads, only R&B, pop, etc.

I had such a visceral reaction to the idea of having to pick just one because at the end of the day, one genre just didn’t quite capture what I was looking to achieve with my music. I personally hate listening through an entire album that sounds the same, with the same chord progressions, BPM, and similar melodies. I get bored as hell.

Think about music festivals like Coachella. All kinds of genres are being played and it’s this very reason that makes it such a fun weekend. Maybe Friday you’re feeling like you want to party and listen to electronic. Maybe Saturday you’re a little tired and want to unwind. Why not develop this concept for one artist? Why not take someone on that journey within one set?

To understand RED, you have to really look at the overall vision, as it is only the first installation of this year’s rollout. Imagine a color wheel. Each color on the wheel has its own presence, warmth, and vibe, which creates contrast, however it’s those contrasting elements that also complement each other so well. They provide scope and range.

Similarly, I want to showcase the spectrum of emotions a person can experience through different sounds and music styles. I start with RED because it is the most aggressive. I believe that anger is the first emotion at the tip of the iceberg. Once you keep on traveling down the iceberg you go into all the emotions that lead to it. I used my own experiences of being angry to develop those two songs. The two tracks on RED revolve around the ideas of betrayal, deception, and confronting one’s rage.

“TUCKITIN” is about the gray area of friendships. We all have friends that constantly test our limits and boundaries. Sometimes we can feel hate towards someone we love, which can be confusing. “TUCK” is about realizing that you can feel both and that’s OK. At the end of the day, love is always the stronger emotion, but that doesn’t mean you can’t show them a little tough love.

“LIAR LIAR” is the ultimate revenge anthem. I really channeled my inner Uma Thurman from Kill Bill 2 when she gets buried in the ground, only to return with an unmatched fury. I tried to integrate my own personal experiences of being wronged in the past and channeled those emotions into the track.

What was it like shooting the video for “TUCKITIN”? How did you come up with the concept?

Man, it was a multi-location, 18-hour day. I was so delirious, hungry, and needed a drink by the end of it. Fortunately, I had a lot of my friends were on set and were supportive every step of the way. It was the first music video that I shot, and there was so much work leading up to it that made me realize just how much work being an artist is. Of course the music is at the center of it all, but thats not the only piece of the vision. Despite how much work went in, there is no comparison to seeing the final product come together. We really put everything we had into making this a movie. I got the bruises and frostbite to prove it.

Fun fact: We shot those red water scenes in my friend’s pool at 2 in the morning in 50 degrees. Did I mention it wasn’t heated?

How has it been stepping out on your own? Has it felt like everything has been building up to this?

A lot of people think that my success as a session violinist would automatically translate and make this transition easy, but that has not been my experience at all. The industry inevitably put me in a box — I was always introduced as someone’s violinist. It took me a second to realize that although my previous experience was a good jumping-off point, I would have to essentially start from scratch to be seen as anything else. And that’s where I’m at now. RED was a great introduction for me, but I have a lot more to showcase to the world.

Who/what where inspires you nowadays?

Call it petty, but last year I was met with closing door after closing door. I met with a manager who told me I’d be better off as a songwriter, another told me I didn’t really have the artist it factor. An A&R told me that there was nothing interesting about my sound. It really lit a fire under my ass to prove them wrong. I’d also be lying if I didn’t mention all the lying exes and fake-ass hoes I’ve encountered. Ha!