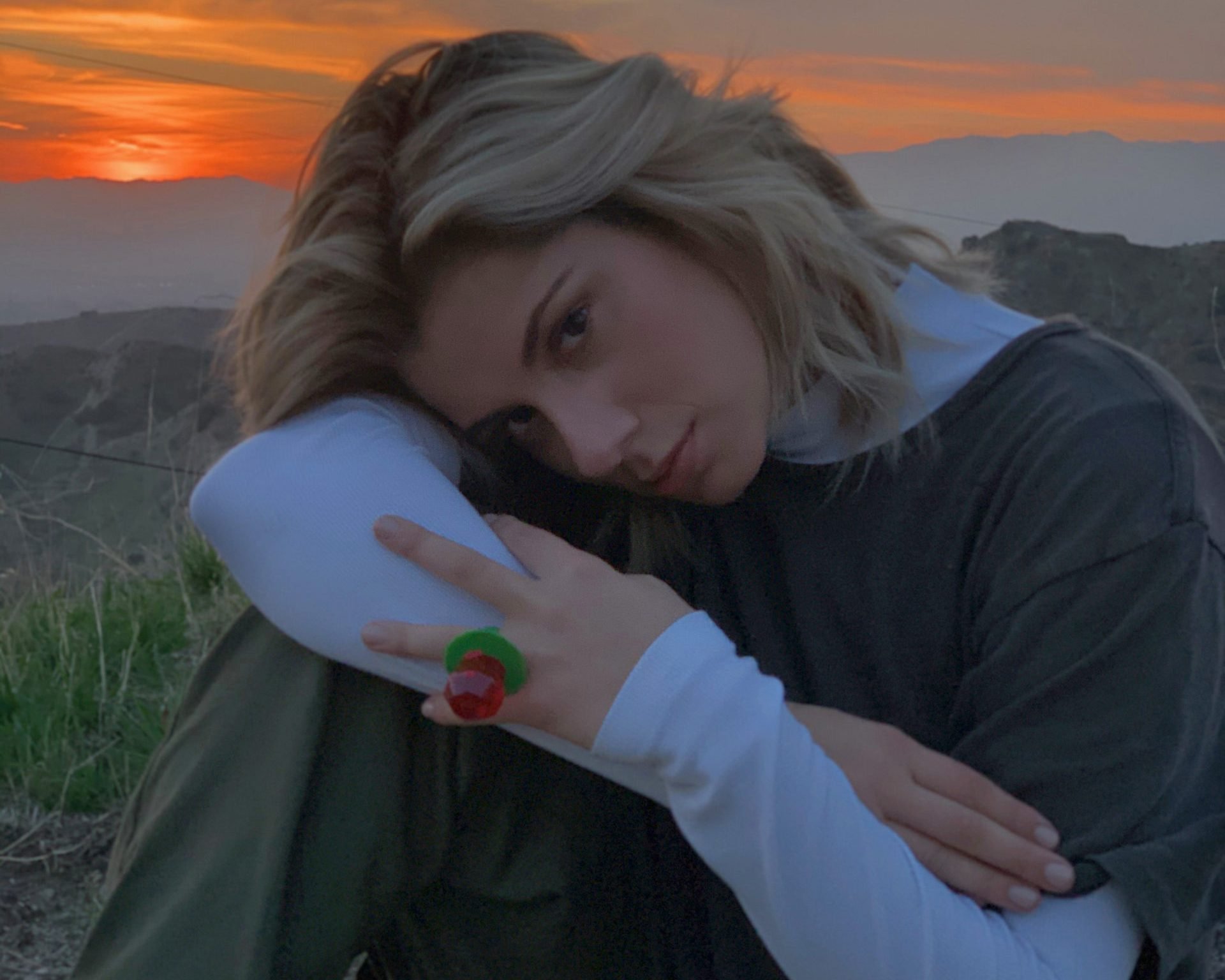 Meet Jax, a singer-songwriter currently residing in Los Angeles. She found her footing in music by performing in bands and a variety of genres growing up in Long Island, NY.

At 18, she developed cancer right above her vocal cords. It went into remission but unfortunately found its way back a couple months later after the singer relocated to Los Angeles.

During that time frame, she worked in the music industry behind the scenes writing for other artists. When COVID-19 put a halt on songwriting sessions, she needed to pivot and find another outlet to express herself. The singer turned to popular app TikTok.

Jax credits the app for her wild success.  In response to the pop gem “Stacy’s Mom,” she posted a humorous response titled “Stacy’s Mom Perspective,” which reached over 9 million views in a few short months!

However, her original song “Ring Pop” changed everything and immediately mesmerized fans, which led to scoring a record deal with Atlantic Records. The rest is history!

EUPHORIA. chatted with Jax on Zoom recently to discuss her new single “Ring Pop” and more.

Tell us about your new single “Ring Pop” — how it came to be and what you want your listeners to know about it.

So I wrote “Ring Pop”  kinda about what I was going through and especially during quarantine ’cause it’s a really tough time financially and just career-wise for everybody, nobody knew what to do when this quarantine hit and it was kinda about like the initial panic of being broke and it weighing on you and weighing on your relationship, but then the realization that like if you love your best friend, and you love your person, money eventually will come but it doesn’t matter and you guys can just be happy with the little you have because the love is there. I was really excited when I put that one out. I actually wasn’t even planning on releasing it then I played it on TikTok, and people were like “just drop this, drop this,” “I love this song my husband and I are going through the same thing,” “my boyfriend and I are going through the same thing.” Like, that’s crazy, I thought I was the only one panicking! ‘Cause I haven’t seen anybody in person in months! But I’m glad I could bring some light to your relationship, so I just dropped it and boom!

What were your thoughts when “Ring Pop” started blowing up on TikTok?

I was in shock! It was one of the only originals I posted in the beginning because it was mostly parodies and stuff, so when I got that out there I was like “that’s crazy that people still care” and I did not realize that it would translate that way.  So, crazy times!

You recently signed to Atlantic Records, congratulations by the way! Are there plans for an EP or album?

Yeah so we’re pretty much just gonna be dropping singles and I have a lot of stuff that have been in the works for a minute now. Some I need to finish and I’m writing every single day so this is just definitely the album in 2021 and it’s gonna be cool! I hope that people like it. It’s gonna be an interesting mix of songs.

What is one lesson the business has taught you and what is some advice you would give to anyone that wants to make their way into the music industry?

Ah, well you know what, the business is pretty brutal but also it’s really fun. It’s a rollercoaster and it challenges you to work super hard. I think one of the challenges I faced in the industry is, I took the kind of human element out of all the people that work in the music business, so I stopped looking at people like they were human beings cause everybody has a different opinion or different approach on where they think a project should go, and they’re all very very good at what they do but everybody has a different brain. At the end of the day, I had to learn growing up that it came down to really what I do in my bedroom and what I do in my apartment and then the studio alone. And, like, passionately diving into it is the most important part. It’s not necessarily kinda about what everybody in the business thinks you should be doing on the outside, but it’s really what happens in the studio, what happens in the creative process… and when you’re feeling in love with that it shines through to the industry and that’s when things start working. It’s a big balance, I love working with the label, I love working with management. I love working with all these people but like at the end of the day I know it’s gonna come down to me loving what I make and loving what I write. I think if I have any advice for anybody; it would be to hone in on one skillset. Drive it home and actually don’t necessarily try to do all things at once. One day at the time. Maybe learn an instrument or dive into songwriting. Dive into one thing and practice your butt off until it works, until you’re really great at what you do.

Describe your music in one sentence for those who are now discovering you.

I kinda call my sound dad-pop. It’s just like a combination of singer/songwriter type stuff and also like dad jokes and my goofy-self mixed in with some emotional elements. So, call me dad!

I wanna keep putting out music and testing the waters on TikTok for sure. Hopefully they’ll let us back on stage again! If coronavirus stops, I would love to perform live a little bit. I think my goal is to create good relationships on the app I just discovered  and I feel like I have really cool family on there for sure (like in the comments and the DMs) so I just want to build more friends and relationships and build a team online. But yeah, I really want to put out music! I’m really excited!