The once-hip-hop, now-pop punk artist explains why emotional vulnerability deserves to be at the forefront of great albums.

Seldom are two of any one artist’s albums alike, but Mod Sun has a notable divide in sound between 2017’s BB and 2021’s Internet Killed the Rockstar. In just over three years, the once-hip-hop, now-pop punk artist pulled off a complete change in genre, following suit with the rise of artists drawing inspiration from 1990s and early 2000s music of similar roots.

Mod knows that he isn’t the first example of an artist who found success in a major crossover — take the legacy of his favorite artist, Bob Dylan, for example — and he will be the first to note that sticking to one creative path can be just as effective as experimenting with sound.

“I think there’s two routes to go as an artist,” Mod Sun told EUPHORIA. “One would be to constantly evolve, and the other would be to just stick to what you’re great at. Both of them work tremendously in music, when done right.”

Mod’s path was apparent. He took the leap with a new vision and collaborators to match, but he waited until he was entirely ready (and fully capable) of creating music that would step outside of the box of his former expectations and existing discography. 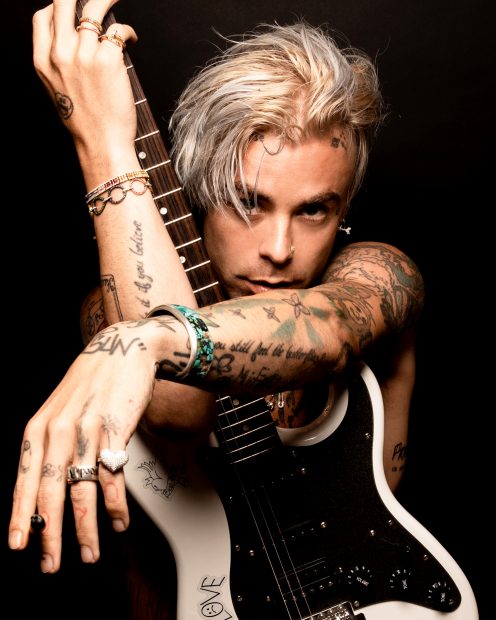 Mod wouldn’t describe the move as effortless, but he would call it natural. Growing up as a drummer in bands as a teen and beyond, Mod Sun was able to create Internet Killed the Rockstar with the space he needed to explore the bounds of his creativity and musical ability outside of the hip-hop world he once resided in. It marks the first time he played drums on a project, and he quickly discovered the ways in which melodies and vocal performance can alter the energy of a track.

The shift was an authentic and experimental moment, but Mod does not believe that the switch should come as a surprise to anyone who really knows him.

“Maybe it is a shock to people that have followed me on a surface level, just a surface level of knowing my music,” Mod Sun said. “I think anyone that’s looked into my story has known I came from a completely different world than rap and hip-hop.”

In fact, there are two sides of Mod, musically. Similarly, there are two central messages hidden within Internet Killed the Rockstar — both are rooted in the artist’s own past-and-present relationship with the internet.

Mod Sun grew up in the age of AOL instant messaging and dial-up connections. “I was there when your mom told you to get off the computer because they need to use the house phone,” Mod Sun said.

He didn’t come of age with the resources to create completely on his own, from his bedroom, as plenty of modern artists do. That’s the first level of Internet Killed the Rockstar’s symbolism; the internet (and technology, more broadly) became the catalyst for somewhat of a one-size-fits-all approach to creating.

It isn’t a bad thing, according to Mod — “Fuck no, I’m not going to say that.” But it did alter the once-reality of DIY garage bands that were foundational to artists eventually entering the punk scene.

“I’ll never forget what it was like being in a band when you didn’t have Pro Tools or Logic or whatever it is,” Mod Sun said. “You could only make music with you, three of your best friends in a room together with instruments. And somehow, all of a sudden, every single kid became a one-man band because we all got laptops, and we all downloaded the software. We’re all able to say, ‘You know what, I don’t need my friends to make music. I can sit alone in this room all day.’ And that changed music.” 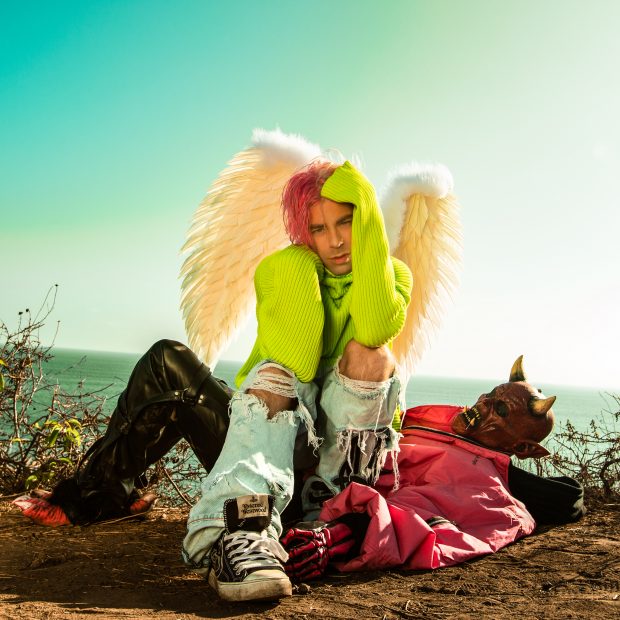 So, what Mod Sun means when he says Internet Killed the Rockstar is that the internet changed the rockstar’s coming-of-age story. Fortunately, the shift makes way for new narratives to develop; this time, they are aided by the evolution of accessibility in music.

Alternatively, the album’s title represents the way social media changed communication and criticism — particularly in Mod Sun’s own experience in the limelight.

“The internet is really a place where you open up your Twitter and [it says] ‘I love you, you saved my life.’ ‘Thank you so much for your album.’ ‘Quit and die.’ ‘Never make music again.’ ‘I love you.’ ‘Did I remind you that you should fucking quit making music again?’ That is what you are served every single day. It does not matter who you are, you are served with equal hate as you are love.”

Mod Sun was determined to convey both messages when creating the album, though they appear in very different ways. Mod took what he describes as a risk when determining the order of Internet Killed the Rockstar’s track list.

Just as aware of the order as he was the sound, Mod Sun didn’t want to take a traditional approach during “the streaming age of music” in terms of putting the “big songs” at the top of the album just for the sake of plays. Rather, his approach came visually first, allowing the music videos for the singles to develop a narrative that would eventually be followed up by the complete package.

“Part of me was always wanting to tell this story… “Karma,” number one, “Bones,” number two, “Flames” is going to be number three,” Mod Sun said. “So, I’ve created a story with the videos, and if you watch the videos 1-2-3, right in a row, you can see this ongoing story that picks up where the other one left off. So, those three are what I wanted to paint the picture of the start of the album, and then that creates a visual landscape for the sonic landscape.”

The intention was to avoid leaving the listener at one emotional level throughout the track list — Mod wanted listeners to really feel something when they listened to Internet Killed the Rockstar, which is why it’s crucial that the album is consumed in the intended order.

Mod isn’t interested in the unspoken notion that slower, more emotional music should sit at the back of a project, so he set out to prove the point that ballads and depth are just as effective when placed at the top of the catalog.

In some ways, the track list is meant to mirror Mod Sun’s personal story, albeit broadly. It would be misleading to say that the darkest days only happen near the end of a tale; narrative structure, at a base level, often says the opposite.

The emotional climax generally happens in the middle, while the falling action tells the story of rise and redemption in the aftermath. Mod Sun’s philosophy for listening to Internet Killed the Rockstar seems to fall somewhere before that climax, the moment where one realizes they are experiencing emotion, but the reality of the scenario hasn’t quite hit its high.

For Mod, that moment of amenable discomfort came with the track “Smith,” written as a tribute to his late father. Mod Sun said he only listened to the song three times before it was released on the album, despite listening to others on the track list “1,000 times to try to get it right.”

After listening to the final mix, Mod took a step back from the song, but the deep-set reaction he experiences while listening it is intentional.

“I really tried to make a song that was fucking hard for the artist who made it to listen to,” Mod Sun said. “Imagine being a painter, painting a picture of your mother who passed away, you know. Imagine having a look at that painting. That’s how I wanted to feel with that song.”

That sentiment towards “Smith” is unique, undoubtedly, and it can be traced back to Mod’s initial outlook on what Internet Killed The Rockstar means. Mod had to dig into his roots to find the inspiration for such vulnerability, but that deep dive wouldn’t have been possible without the dial-up tones and upbringing that built him.

Mod Sun has always rooted for the underdog and, this time, the subject is the listener. Internet Killed the Rockstar is a project for everyone, but it is especially for the fans (and future artists) like Mod who grew up without a support system to cheer him on at every junction.

Really, Mod Sun wrote a love letter to himself with Internet Killed the Rockstar. The music just gave him the opportunity to read it out loud for anyone else who needs to hear it.