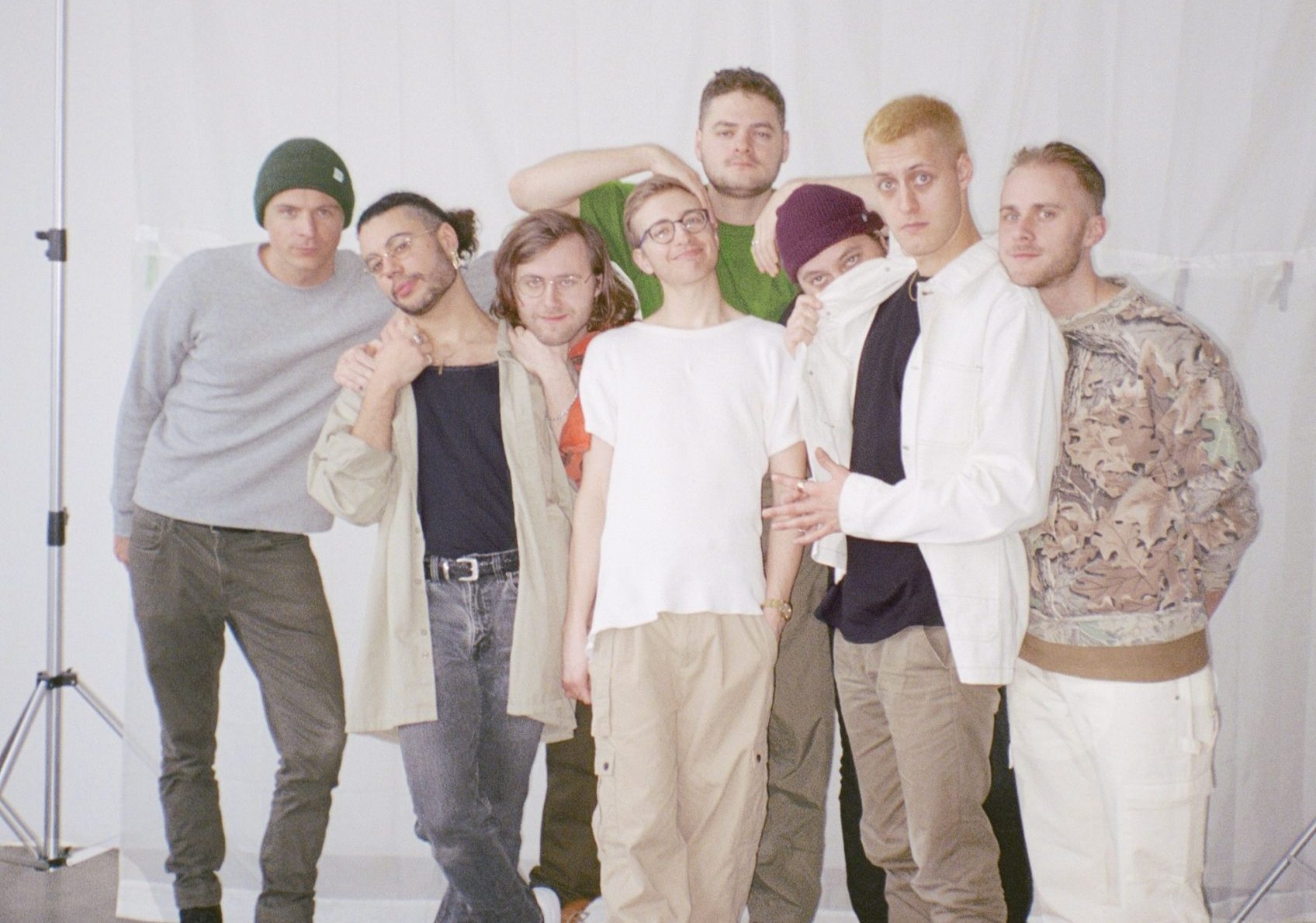 Busty and the Bass

Silky Montréal octet Busty and the Bass are a fluid force of funk to be reckoned with. Their internationally acclaimed debut album Eddie resonated with the hearts and minds of critics and listeners alike upon its release last year with guest features from George Clinton and Macy Gray a testament to the band’s calibre.

The band’s newest project The ET Suite is out now via Arts & Crafts. Split across five tracks, the EP is a 15-minute space odyssey that guides the listener through various interpretations of the original song “ET,” which features on the Eddie album. “The ET Suite is really a space traveling journey from one isolated planet to the next,” says trombonist Chris Vincent with every element of the new record having been recorded in isolation. It’s bold, creative, and very otherworldly.

We caught up with the band to chat about the joy of music, flute shredding, and their curious forms of communication with lifeforms around the galaxy.

Hey! How have you all been holding up?

Hi, thanks! each day is an adventure.

Are you salivating at the thought that we might witness a return to live music by the end of the year?

Nothing really compares to the energy exchange of a live show, and we’d like nothing more than to get back on the road. It doesn’t seem on the horizon particularly soon here in Canada at least, so we’re working on investing in some technological solutions, individual mobile life support pods with built-in airlocks and audio monitoring systems, things of that nature.

Your sophomore album Eddie came out to critical acclaim last year. Why do you think it resonated with people so well?

It’s really lovely to hear that the album resonated, as we tried to put as much love and craft into it as we could. The tone of a lot the songs is very self-reflective, about turning away from social life for a moment to ask questions of yourself about love and friendship, so it ended up feeling pretty relevant to drop it in the middle of 2020 while we were all quarantined and everything.

Was it hard not to feel starstruck working with legends of the game like Macy Gray and George Clinton on the album?

It’s very special and when you get a chance to work with artists of that caliber, it reminds you to bring your A Game and your presence and your gratitude and that hopefully those reminders help you bring those things to every single act of making music that you do.

Did recording the EP in isolation provide a form of escapism for you all from the grimness of the pandemic?

Having some kind of musical outlet is essential to my sanity no matter the circumstances, and I think many of the guys in the band would agree. Any chance to get in the zone and listen to and create sound is very therapeutic, and in this case I’m very happy that that process resulted in an EP that we’re all really stoked on.

Was there a conscious decision to provide each “planet” featured in the suite with characteristics relating to the actual planets in our solar system? “Neptune,” for one, seems to encapsulate the planet’s distinctly blue feel with its minimalistic approach.

Absolutely, it is so wonderful that you have made this connection, thank you for that. Lately we find ourselves trying to bring more awareness to our song creating process as far as things like light and shade and balance and density and taking the attitude of a student is incredibly helpful with this. There is lot we can learn from the planets.

What’s your take on other forms of life in the universe? Do you believe they exist? Could they be jamming to your new EP on the craters of Mars as we speak?

We are developing friendships and have ongoing communication with various lifeforms around the galaxy. It is a part of our process to consider the interplanetary audience, and we have learned a lot from these beings of higher consciousness. For example, we have learned that is currently a topic of fierce debate as to whether to interfere in Earth’s affairs; it is known that our current civilizational power structures are leading to a catastrophic and unnecessary total destruction of the planet’s life, which the rest of the galaxy views as tragic and deeply unethical.

Groups like you guys and Vulfpeck have heralded a modern renaissance in jazz-funk in recent years. Why do you think this might be? Is it just the silkiness of the grooves or do you feel there’s a more spiritual connection taking place when you play in front of audiences?

To me, what makes music, music, is its spirituality and its element of communion. I was just watching a really beautiful video of a group of neighbors, Maasai people, singing and dancing together in a traditional style. All music comes back to that, human connection and shared expression of life, whether it is joyful, mournful, the blues, jazz, funk, whatever. There are different sciences and techniques and traditions of things like rhythm and melody, and we’re lucky to be able to learn about those, but all of that is only in service of creating a space for that essential human energy to flow, something any living being is able to do.

What do you have lined up for the rest of the year? Is there a third album in the works?

Moving forward, we aim to surprise. We are in the laboratory, working on pulling on a lot of independent threads that are really new and creatively exciting for us, allowing unusual shapes to take form, attempting methods of creation we haven’t tried in the past.