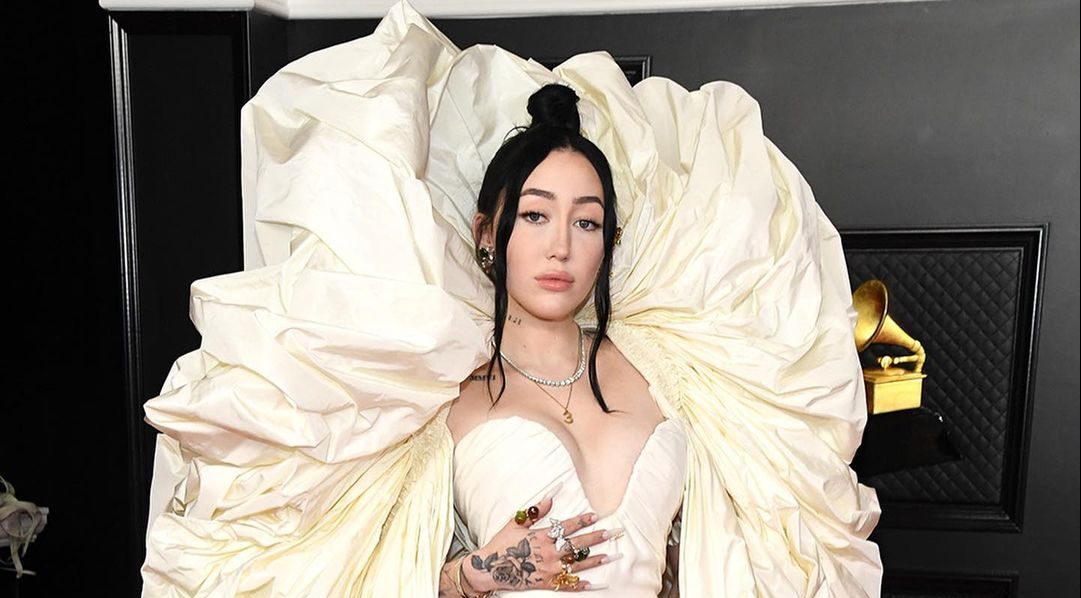 The Best Dressed Stars at the 2021 Grammy Awards

The 63rd Annual Grammy Awards is arguably the best award show to occur during this pandemic. From Harry Styles opening the Grammys in a bold feather boa to Taylor Swift transforming us to the depths of her imagination for her Folklore-inspired performance, the ceremony was a true pop culture moment. The fashion was up to the attendees to decide, and from the wonderfully weird to the deliciously avant-garde, here are the best dressed from the evening.

One of the most highly anticipated acts of the night, Harry Styles made marked off a huge career milestone as he was nominated three times and opened the show. For his big moment, he performed “Watermelon Sugar” whilst clad in a more sensual take on his usual Gucci look: a leather cropped jacket with flared leather trousers. And it wouldn’t be a Styles Style without a statement piece. Styles opted for a green boa, which he ceremoniously threw off during his dance break in his performance.

To walk the red carpet and win his first Grammy award for Best Pop Solo Performance for “Watermelon Sugar,” Styles stepped into a more casual but equally as exciting look, again by Gucci: A yellow Clueless-eque plaid blazer, a baby pink and nude-toned knit vest, and brown velvet trousers, all capped off with black heeled loafers and, of course, a lavender boa.

After winning Album of the Year for her seventh studio album and indie pop fave, folklore, Taylor Swift made Grammy history by being the first female performer to win album of the year three times, and in three different genres, no less. For her historic win, Swift wore a custom Oscar De La Renta high-neck, tea-length dress with embroidered flowers and lacy bell sleeves and later debuted the matching face mask. The look is giving us the sense of embossed resin flowers in a tattered scrapbook, perfect for the vibes Swift and her “folklorian” squad (collaborators Jack Antonoff, Aaron Dessner, and Laura Sisk) were serving us.

For her Grammy Performance, Taylor Swift performed a whimsical melody of Song of the Year nominee “cardigan,” the fan-favorite “august,” and Evermore opening track “willow.” The Grammys stage was transformed into a cottage-core fairytale world, showing the real-life manifestation of the escapism folklore provided listeners. To step into her role as the storyteller, Swift wore an Etro navy blue nap dress, embroidered with golden thread, as she fluttered like a fairy throughout the woods.

Billie Eilish took home the Grammys for Best Song for Visual Media for “No Time to Die” and Record of the Year for “Everything I Wanted,” where she dedicated her award to fellow nominee Megan Thee Stallion. For her signature oversize look, Eilish tapped Gucci to dress her in a blush shirt and pants, with gray and black swirl detailing. The look also featured matching gloves (acrylic nails intact), bucket hat, and mask.

Nominated for Best New Artist and accompanied by her mother, Tish Cyrus, the “July” singer turned up in one of the most elaborate looks of the night: a long white dress with an avant-garde, almost human-sized ivory bow. The look is Schiaparelli Spring 2021 Haute Couture, the same house that designed Lady Gaga’s larger-than-life inauguration outfit. A personal favorite look, it truly cemented Cyrus’s status as an artist not to be overlooked or underestimated.

Winner of Best Pop Vocal Album, Dua Lipa came to stun in a bright pink chained slip dress from Versace. Standing tall in her radiance, the dress was matched with corresponding earrings and shoes. One of the younger ambassadors who is working to breathe new life into the neon world of Versace, Lipa has previously worked with the house for most of her Future Nostalgia era, including her AMAs performance, where she was lifted into the air in a turquoise minidress.

Doja Cat is known for fashion risks. In the case of her Grammys look, a custom black and white with lime green feathered bottom by Cavalli, her risk paid off ten-fold. Paired with her freshly cut black mullet and over-exaggerated makeup, this look furthers the expression of Doja Cat’s fearless authenticity and adds to the clothing narrative of a future fashion icon.

Elton John’s favorite to win Best New Artist, to the point of promising to “hit someone” if she didn’t win (spoiler: she didn’t and John has yet to make good on his promise), Phoebe Bridgers used her red carpet to pay homage to one of her earlier career moments. Eagle-eyed fans of Bridgers will remember the music video for “Kyoto,” a greenscreen moment in which Bridgers dons a skeleton t-shirt, which became something of an iconic totem in her fandom. The skeleton look has been given a couture twist thanks to the mind of designer Thom Browne and his Spring 2018 collection that turned the shirt into a full-length, embellished skeleton dress.

Of course Lizzo showed UP for the Grammys. The “Good as Hell” singer wore not one, but two Balmain dresses in bright sherbet colors. Her first was a green number designed by Olivier Rousteing that was covered in ruching and ruffles. Her second look was a pink confection that was the perfect mate to her earlier number. She naturally looked flawless in both of them.