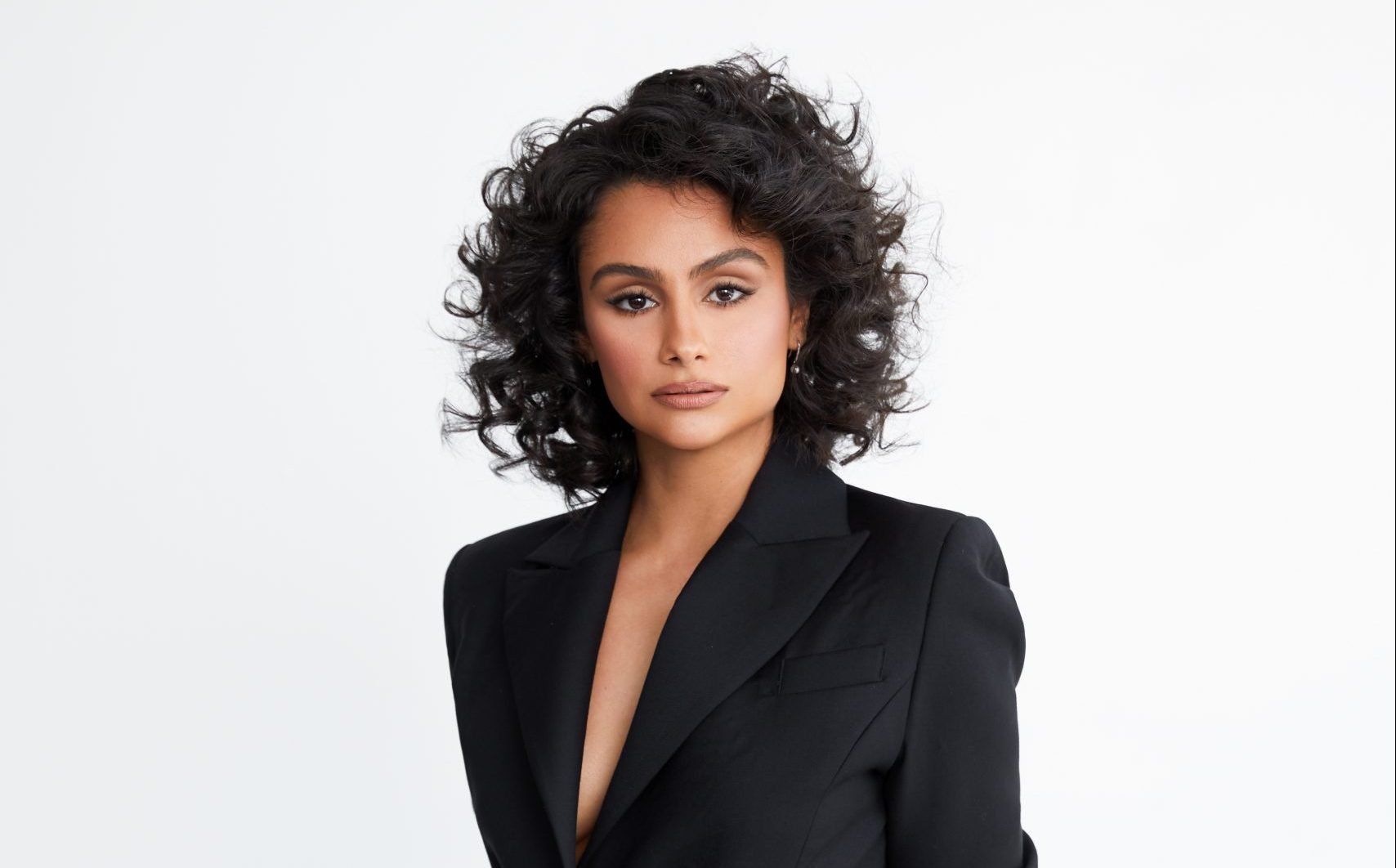 Nazanin Mandi has been keeping busy for the past 20 years and continues to prove that she can do it all. She sings, acts, models, and is a life coach. Mandi uses her online presence as a way of inspiring others and is looked up to by many. Her latest movie, Dreamcatcher, sees her starring in a thriller for the first time alongside the likes of Niki Koss and Zachary Gordon.

EUPHORIA. got the chance to catch up with Mandi to discuss her new movie, if she has any plans to release any more music, what it was like being a part of Rihanna’s iconic Savage X Fenty fashion show, the exciting things she’s got lined up for the rest of the year, and more.

Firstly, I would like to say congratulations on Dreamcatcher. You play the role of Kya. How did this role come about and what made you want to take it?

First of all, thank you so much. I auditioned for the role. I was brought in twice for it. So I was really really excited when I booked it. It was definitely on my bucket list, I’ve always liked thrillers. I’ve always watched them, so being a part of one was super awesome.

Tell us a little about your character, what is she all about?

So I play Kya and I am a high-powered no-nonsense publicist for DJ Dreamcatcher. So, I end up going to this underground festival and my night does not go as planned.

Was the movie filmed during the pandemic?

You know, we did not. We actually filmed this movie in January of 2019 so a little over a year before anyone knew this pandemic was going to happen. I’m really glad that we did because it would have been a different experience now.

What was shooting a horror movie like? Was it more challenging, as it’s a different genre for you.

It wasn’t more challenging, it was just different. You know, when you think of a horror film, you think, “oh my god the set is going to be so scary and everything is going to be so dark and intimidating,” but it was the complete opposite. There’s crew everywhere and you don’t feel alone at all. For me, I had to try to picture myself being alone in this warehouse. It was one of my favorite experiences on set, to be honest.

How long did it take to shoot the movie? Did it take a couple of months or was it a quick experience?

For me, it was a quick experience. I can’t say why because it’ll give it away but I know the rest shot for a while after I left.

You’ve been acting for many years. Your first role was playing Vicky in an episode of That’s So Raven. Is there anything that stands out from that experience?

Oh man! You know what, it was everything. It was the first show I ever did. Having a table read with Raven Symone, someone who I watched from when I was a little kid, she’s a seasoned actress. It was amazing to be on set with her and the other actors as well. Everyone was so nice and really funny. The whole crew was amazing. I had to finish school on that set actually, I was still in high school when we filmed it. I just had a great time! I felt very blessed to be there.

In 2019, you released a song, “FOREVER MOOD.” Are there plans to release more material?

If I do release more music, it will definitely be one song here and there. I definitely do not want to put out an album. I’m not trying to tour, I’m not trying to do anything like that. I love music and I love to sing. To be honest with you, if I could book an acting role where I can sing, that would be ideal.

Have you ever thought about doing Broadway?

Yes, Broadway would be a dream. I grew up in musical theater so that would definitely be the next stop.

On social media, you have a large following and a very positive presence. Do you feel any pressure to always share something positive and uplifting? Or has that energy always come naturally to you?

No, that’s something that’s always come naturally to me. Even if I’m not in the most uplifting mood, I’m open to sharing it because there’s most likely going to be a positive lesson out of it. I feel like that’s so important to share with people. We all have bad days, we all have imperfect moments, but at the end of the day, that’s what makes us all tied together. It’s so important to make that known. Social media makes us feel, for me personally sometimes, not very aligned or together. So, when we share things we are going through, it makes us not feel so alone.

Quite recently, you starred in Rihanna’s Savage X Fenty catwalk show with your husband, Miguel. I assume that was your first event in a while and how was it?

That experience will always be unforgettable from start to finish. It was something I didn’t expect to book, it was not on my radar. So, when I found out I was pleasantly surprised. I’ll never forget it. It will be something I look back on and always smile and feel really good about.

The whole show was so unique and visually it was like nothing we’ve ever seen before.

Right! I completely agree with you. To be there and see the sets and of course the lingerie and the hair and the makeup, was even more amazing and surreal.

How far advance had you known that you were going to be in the show?

I knew a good month before we were going to film the show. So, it gave me enough time to not only prepare but to work out so I was in the best shape I could be and to get really excited about the moment.

You have teased recently that you have your own book and lingerie line coming out. What can you tell me about those projects?

As for my lingerie line, I have been working on it for years. Finally, it is coming out! Very very soon, which I’m super excited about. It’s sexy, it’s playful, it’s everything I wanted it to be, and more.

Is it going to be your own brand or partnered with another brand?

No, it’s strictly my line, strictly my company. We started from the ground up over two years ago.

You’ve also got another TV acting role coming up. Is this for a new show or for one we already know?

It’s always a show you know and it’s on season two. I start filming it soon. I’ve been holding onto it for a while. I have a recurring role so you will see me coming back and forth.

Lastly, have you set yourself any goals for this year?

Oh yeah, I always set myself some goals every year but my goals this year actually are a lot more intentional. I’ve narrowed them down to what really moves me and I really made it a point to execute everything the right way at the right time. I have my book coming out, my lingerie coming out, I’m ready to book a few more acting gigs, I’m working really hard towards that, so a lot coming up.

Do you feel that your goals changed a little due to the pandemic?

Definitely, definitely. I think the pandemic for me personally really helped me narrow down my priorities to what’s really important.

Dreamcatcher is available to watch On Demand and on digital now.