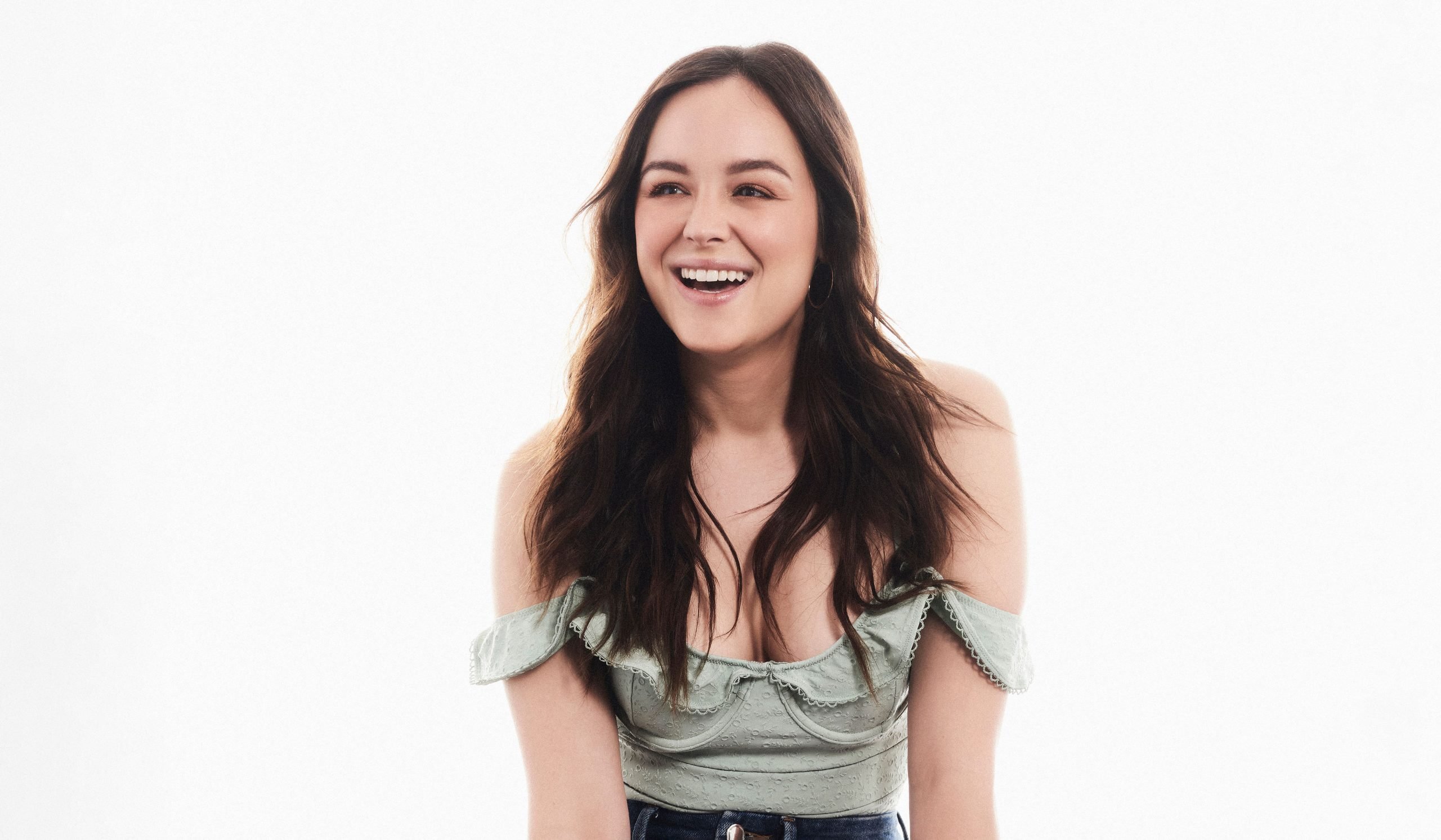 One of the driving forces of 'The Goldbergs,' the actor and singer reflects on eight years in the spotlight.

The television landscape — in particular, what viewers want to tune in for — has changed steadily over the last decade. There are outliers, of course, in shows that audiences simply can’t get enough of year after year. Grey’s Anatomy has entered its 17th season, while Gossip Girl became so in demand that a reboot is in order and, in the realm of comedies, The Goldbergs is 13 weeks into its eighth season.

At the heart of the show’s eight-year run is Hayley Orrantia. Not only has Orrantia seen some major, real-life growth since she first stepped on set when she was 19, but her character Erica has made waves throughout the tenure of the long-running ’80s throwback. Once established as a supporting character to onscreen sibling Adam Goldberg (both the semi-biographical subject and narrator), Erica became a series focal point, with Orrantia driving the evolution of Erica’s coming-of-age tale.

Erica’s story comprises eight seasons of push and pull, particularly when it comes to aligning her goals, which is precisely what makes the ride feel authentic. From dropping out of college to pursuing music and finding her way back into the classroom, Orrantia is both enthusiastic and confident that the character’s most recent path is one that will prove to be a turning point in who she is (and where she is going).

“I feel like Erica is finally coming into her own and really coming to terms with some of the things about her personality that I think needs to be addressed and growing and learning from that,” Orrantia tells EUPHORIA. “She’s obviously had a lot of growing up to do in this time. We’ve had flashback episodes from early in season one, two, and three of her in middle school or early high school where she was more of a nerd character and didn’t know how to style herself.”

Orrantia continues, “So, we’ve seen her even grow out of that into trying to be the popular girl and realizing that that’s not important, and then focusing on music and then … kind of redirecting where she wants her attention to go. And she finally, in this season, has settled on a career path of going into pre-law. I can’t give anything away, but the end of season eight is going to be a massive change for Erica and kind of what happens in her life.”

Though this season sees Erica make some massive decisions, it’s no secret that her narrative has long been one of the show’s driving forces. Her deep-set passion for music, challenging and endearing connection with her mother, long-withstanding relationship with Geoff, and true-to-life friendships with her siblings make Erica feel both within reach and sometimes devastatingly relatable in a way that makes 20-somethings feel like they’re opening a book that predicts their own life story.

It’s a unique relationship to have with a character in a 30-minute comedy, but Orrantia is the catalyst, and her growth in real time (outside of the role) deserves just as much attention.

Orrantia is on the outside looking in when it comes to her relationship with her character, but the reflection isn’t so foreign for the 27-year-old, multi-hyphenate performer. Now able to reflect on her early 20s, Orrantia recognizes that the tumultuousness of Erica’s story isn’t so different from her own.

“You know what’s so interesting is, even though I am a few years older than Erica, I feel like through most of maybe season one through six, I was experiencing a lot of the things she was experiencing in my own personal life,” Orrantia says. “They say life imitates art, and I don’t know if it’s the other way around or not, but it was pretty fascinating to see how there were some scenes that we would do, they really would hit home with me.”

Now, though, the tides are changing; Erica’s life is much more of a reflection than an active reaction for Orrantia. She explains that, off camera, she is in a great place now, and her time on The Goldbergs played a rather key role in shaping that outcome. “That’s why I have so much hope for Erica in this next phase of her life, because I can see in my own personal life how everything kind of comes together in the way that it’s supposed to,” Orrantia says.

“This is one of the only roles I’ve really ever had,” Orrantia says. “So a lot of people are like, ‘What’s your acting method?’ I’m like, ‘I don’t know if I have one.’ And Erica is very much rooted, I think, in who I am. She does do and say things that I probably would never say, so I have to kind of step outside of myself for that, but we have a lot in common. I feel like I relate to her in a lot of ways.”

Part of that life-to-character connection for Orrantia presents itself in the form of music. That stint on The X Factor wasn’t a one-off dream; rather, Orrantia spends much of her time outside of The Goldbergs developing a career in country music. Without Orrantia, there is no melodious subplot for Erica — in fact, prior to meeting with the show’s creator, there was no indication that Erica, based on the real-life eldest brother Eric Goldberg, had any interest in the path at all.

What started as a conversation about potentially performing a credits song became a central piece of who Erica is, beginning with a season one performance of “Hit Me With Your Best Shot.”

“It was so special, and it has been so special to me, because I can be able to combine that with acting and this role and the show that I just love so much,” Orrantia said. “It’s like a dream come true.”

After releasing her debut EP The Way Out in 2019 and singles “Find Yourself Somebody” and “Made For This” in 2020, Orrantia is ready to take her music career off screen even further with another full-length project. She is thinking about releasing a “five to seven, eight song” EP, but between filming and the inability to travel, finding the perfect producer and getting into the studio to complete the project presents itself as a challenge.

“When we’re done filming for the season, I’m hoping that I can either work remotely from my studio here with my friends in Nashville, or actually traveling there and getting the rest of the EP done,” Orrantia says. “But the goal is I will have music out by the summertime.”

Country music, though different from what Erica is performing in The Goldbergs, gives Orrantia the opportunity to showcase pieces of her life that aren’t translated in character. “It’s very different from my day job, if you will,” Orrantia says. “These are all different sides of me, they’re all parts of who I am.”

She describes the two as very different worlds when it comes to the divide between her onscreen, comedic persona and her introspective artist background, but like her character, Orrantia is emotionally driven in her day-to-day life — a truth that is well-documented in The Way Out and will likely be at the forefront of the next project, as well.

“I think a lot of people didn’t expect that kind of thing from me, because they only know me as being goofy, fun-loving Erica in the 1980s. They can’t see me outside of that,” Orrantia says.

But Orrantia isn’t done growing, and her career trajectory can only go up from what is clearly the beginning of her stardom. With an EP behind her, one on the way, a family home renovation reality series on the horizon, and plenty more Erica moments ahead of her, Orrantia is just getting started.