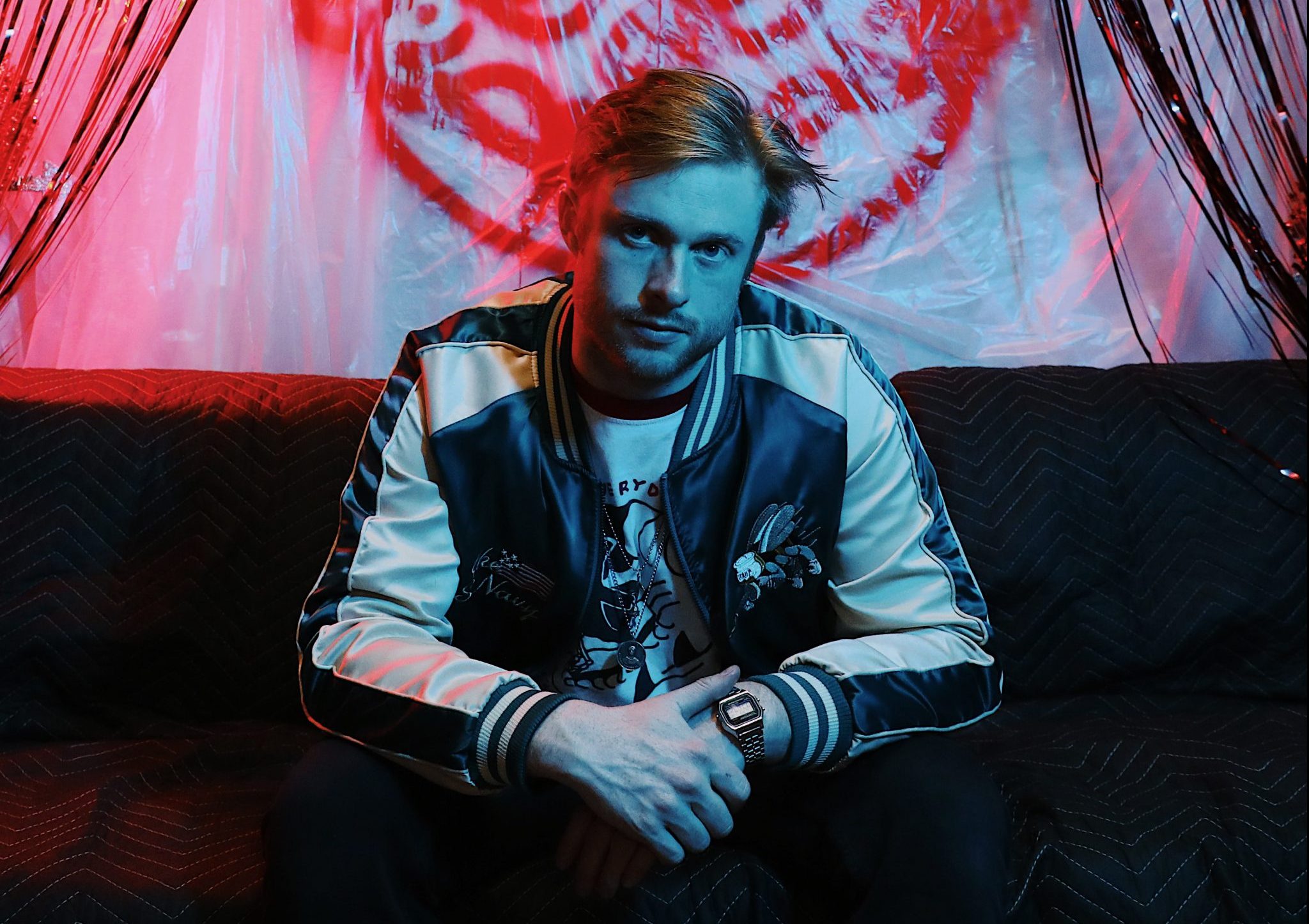 Processed with VSCO with we preset

Jokester Jake Hays’s new single “Overcomplicated” is out now and it is not as complicated as it sounds. He literally sings, “I hate to say it out loud, I knew you and I were never meant to last more than one day.” The song is about hot boy Hays not wanting anything serious, let alone anything at all. His sultry rock star voice over funky beats give us the ultimate hostage soundtrack.

Hays and his girlfriend made a music video for “Overcomplicated” that’s a Saw movie satire. We love a dark comedy. Waking up chained to a couch never looked so good. He is welcomed by Devilboy, who is essentially a character the obsessive girl hired to torment Hays in a basement that she turned into a murderous playhouse. Hays sings, “I’m tired of your games, I don’t even want to play,” but we do.

Hays’s creativity shows all over this project and his music. We got to talk to the dark humorist, LA-based singer-songwriter about his day, his song “Overcomplicated,” and making the murderous music video with his lover.

What are you up to today? What does a typical day look like for you?

I worked out today and crushed my pinky with a 30-lb. dumbbell! It was awesome. Then I got my blood drawn! Wow this day sounds so gruesome, but honestly, I’m great! I’m drinking iced coffee and icing my pinky while I type this with one hand. My days consist primarily of me drinking coffee, smoking too much weed, and then accidentally hurting myself.

What sparked the inspiration for “Overcomplicated”? What was the writing process like?

Musically, I actually had started writing this back in summer of 2018. I had recorded most of it to take with me on my laptop to Texas where I was acting in an indie ’80s action thriller. That November (four days before coming back from the shoot), my house burnt down in the Woolsey Fire, along with my studio, all my hard drives, instruments, etc. I came back with a drive that had a few new songs I was working on and this was one of them. I only recently finished it with a pre-chorus and bridge thanks to some much needed encouragement.

Tell me about your relationship with horror.

One of my earlier memories was in preschool, where I was enthralled by the cover art of the Goosebumps series. There was this awesome cover for Welcome to Camp Nightmare of a tent in a wooded area with a creepy monster hand and it was EPIC. My preschool was in this neighborhood in Studio City, CA, and I remember looking over this cement wall into the neighbor’s yard that was super overgrown, and one of the kids kept telling me that’s where the Goosebumps cover took place. In first grade, I cast my friends in a Resident Evil movie and started making props (before ever having a script or camera). I’m a ’90s child so Nickelodeon’s Are You Afraid of the Dark? and the Goosebumps live-action series (which is, let’s be honest, terrible) were hugely influential in my love for horror.

Since then, I’ve binged too many obscure horror movies and can’t get enough of anything in the horror universe. One of my biggest dreams is to have a recurring role on a series like American Horror Story or Black Mirror (which is, in my opinion, the adult’s Goosebumps.) And when it came to creating a logo for this venture, I felt it best to have it be a reflection of my personality, so I came up with a little devil smiley, AKA Devilboy. Seems fitting because I’m super cheery and positive with a definite twisted sense of humor.

What was making the music video like? How long did it take to come together?

Oh man, the music video was an absolute BLAST. My girlfriend, Olivia DeLaurentis (who directed, produced, and edited the video with me), and I have been on several COVID-safe productions throughout the pandemic (one of which is a soon-to-be announced thriller about a well-known serial-killer starring a well-known teen-movie heartthrob) as well as directing several music videos, so filming in a COVID-safe production was super comfortable for us. Everyone involved was so great at doing their part to keep safe, and it was a loooong shoot. We crammed a three-day shoot into one day and busted it out in 22 hours straight. It was brutal but sooo fun.

What’s your favorite thing about being from SoCal?

This is gonna sound so lame but being NEAR the ocean gives me so much peace of mind. I love being able to just see the ocean, and Ventura / Santa Barbara are only like 20-30 minutes away from us anytime we need a getaway. Plus, the majority of my family is here, and being able to see them and be within an easy vicinity to travel to each other is super great.

Who and what are some of your musical inspirations?

There’s nothing I’m more sonically attracted to than a super groovy bass/drum combo. Anything that grooves, the inspiration rushes in. I also love the UK rock stars like Arctic Monkeys. Alex Turner is a complete badass. Queens of the Stone Age is another huge influence to me. Anyone that captures a sexy cool vibe in their songs always catches my attention. More than listening to albums, I listen to singles because anything catchy with bubblegum melodies, I can’t help but love. Also, big shout out to very talented acts that inspire me hugely like Bad Suns, Electric Guest, Djo, Queen Herby, and The Weeknd.