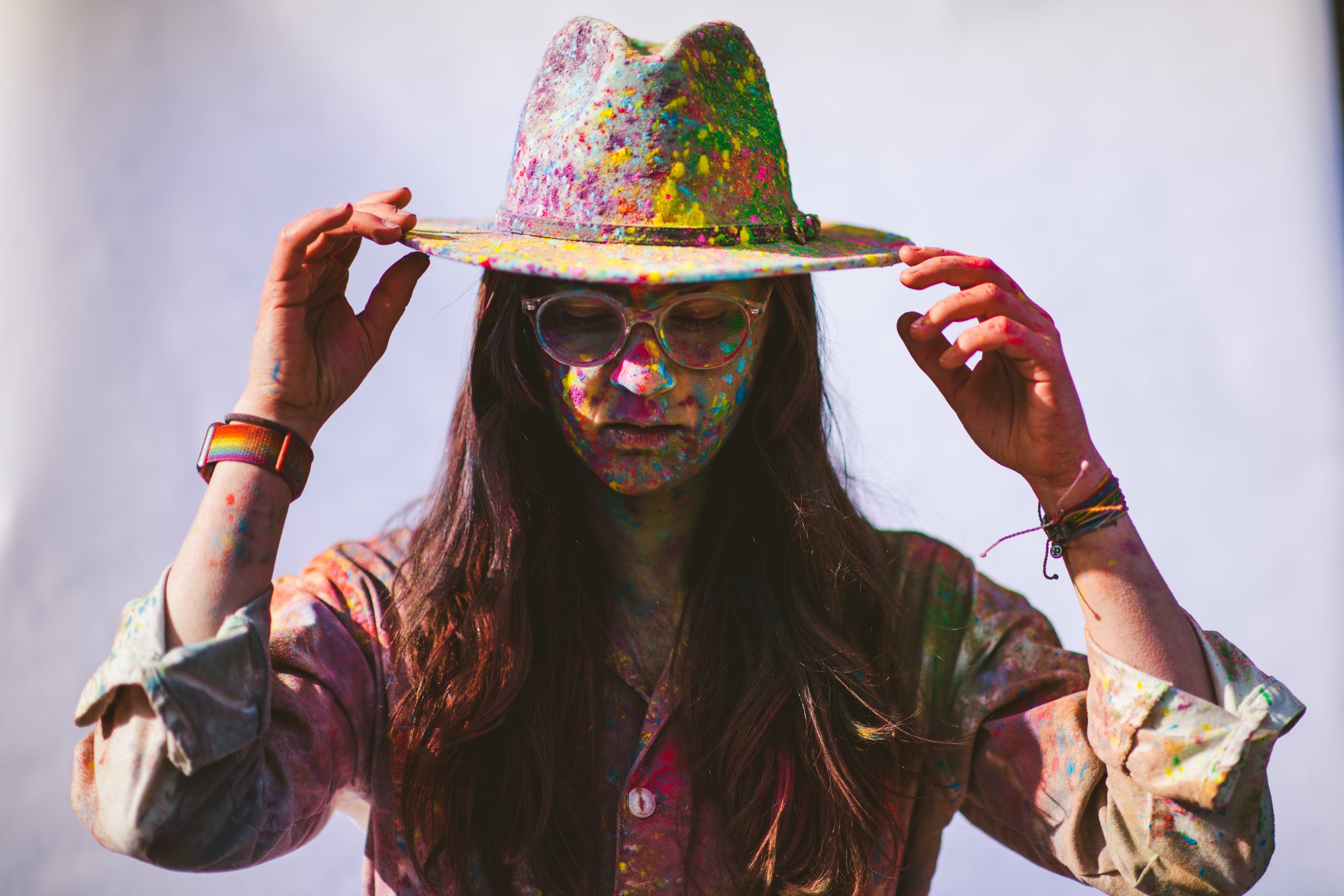 EVVAN — I’m Not Done Yet

Music has always been a form of comfort but for EVVAN (she/her) — she wants to use her voice for good.

The singer/songwriter who identifies as pansexual and nonbinary hopes that her music reaches those who need it most and are struggling to come out and feel accepted.

“I’m Not Done Yet” is an alternative/folk-influenced track that stems from a lack of support and inclusivity that still exists for the LGBTQ+ community. It is certain that she will continue to fight for those who still feel the pain and burden that she once had.

EUPHORIA. chatted with EVVAN over Zoom recently to discuss the new single, her forthcoming EP, and more.

“I’m Not Done Yet” is a very personal song and I know the LGBTQ+ community is going to be so appreciative that there’s a song like this out there for those struggling to come to terms with their sexuality. What is one thing you want people to take away from your song?

The main reason that we made it was just to showcase that no matter what people tell you and no matter how many times they try and tear you down and whatnot, you’re always gonna carry who you are inside of you. They can’t take away who you are. I think that’s part of the reason why I wrote the song and why we did the whole black and white going into color thing is well it’s just people try so hard to judge and show their nonacceptance of anybody who’s different. And to be reminded that it’s always a part of you, it’s not something that people can strip away. I think it’s something that I would’ve loved to know when I was younger, so I want to provide that to anybody who is watching.

What was creating the music video like for “I’m Not Done Yet”? How long did it take for it to come together?

We did it in, like, four to five days, but it was very separated because the director Chris Basford, the two of us both have jobs on the side to kinda pay for our art and whatnot so it was a quick process when we were actually doing it. We were both on the same page; we both had the same vision and idea with the message we wanted to get across but we did it in the winter and it was so cold outside so we had like me, him, and a few other people who were the people in white and we were in New York City filming this with the sun behind the clouds and just like dead cold but everybody was such a good sport. We were all making jokes and for a video that has such a serious meaning I was so glad that we were able to be really light and up during it.

How would you describe your sound and artistic process?

Good question! I’ve always had an issue when someone said “oh what’s your sound? what do you sound like?” because I get inspiration from so many different artists, so I feel like I don’t necessarily fall into one genre. But I probably describe it like alternative/folk kind of vibe because sometimes you get something like “I’m Not Done Yet,” which is very alternative, like a pop/rock kind of thing and then maybe on one of the other songs that’s on this EP, it’s like fingerpicking really slow/soft telling a story kind of thing. So it’s definitely hard to explain but I would say it’s “I like to tell stories” so that’s the basis of who I am as an artist overall. A storyteller and I use the instruments and tones and colors to help tell that story.

Your upcoming EP titled Home (out April 30) dives deep into self-discovery and acceptance, how did you find putting those emotions into music? Tell us a little bit about the creation process.

It’s kind of easy to put the emotion in the music because when I write these I am completely involved in just every single word … every single word is dripping with either the pain, angst, the anger, or whatever I might be feeling so when I sing it, it’s kind of like I’m taken into a whole different world; I’m diving straight in the song and that exact moment from when I wrote that, what it was about … what I felt and everything. But as far as the process of recording, it was probably one of the most incredible music experiences of my life because I recorded it with the band Milo Greene, which is one of my favorite bands and it all happened just because I had this burst of confidence. I sent them an email I said “hey I’m looking for a producer would you guys be down?” back and forth … back and forth and fast forward a few months and we’re in the studio and we’re just having a blast, we’re talking about the songs … we’re talking about what they’re about and seeing and hearing what they had to say like positively about my music was really cool. But seeing them work so hard to bring these stories to life and say “oh what if you change this? then we can do it this way?” It was a great learning experience but it was also a wonderful life experience.

Which song on the EP feels like it represents you the most?

I’ve gotten this question a few times and it’s hard because they all hold a certain aspect, like “I’m Not Done Yet” of course holds who I am. The song “Home” is appreciating the little things in life so it’s kind of … that’s a tough one. I think right now, in this very moment “I’m Not Done Yet” is probably what represents me the most because I’ve had so many times where I was knocked down and that motto of I’m not done yet, I still carry it … this is who I am, even when I was fighting myself on it I think that just kind of translated so let’s go with that song … for now!

Out of all the songs on Home, which one are you most excited for people to hear?

Ah, that’s a difficult question! I’m excited for everybody to hear “I’m Not Done Yet” and I think that because we also have this video that illustrates it visually so it kind of touches people in a different way. But I definitely am excited for people to hear “Home” because that one is very different from what I’ve done in the past. There’s barely any drums, it’s more percussion driven and it has all these beautiful like slide guitars lines and everything. So, I’d probably say “Home” because it’s that guilty pleasure, unique song that I threw on there.

With the ongoing pandemic, how have things helped or hindered your creative process when creating music?

It definitely gives the emotion behind the music, so it’s very very easy to find an emotion to choose and write a song about. There are times where I lack that inspiration. I don’t feel like going into my studio and recording. I don’t feel like picking up my guitar and writing and I’ve learned to kinda go with it just go with how I’m feeling and going with that lack of inspiration because if I push it and then I get frustrated, the song doesn’t come out well … I don’t even want to look at it. So this pandemic kind of, I guess helped put a good perspective on the creative process and that I know my limits. I know when to push and to hold back and to just let things kind of marinate in a sense.

What’s one thing you want to tick off your professional bucket list? Any dream collaborations?

I have a few! I’ve been a huge huge fan of Foy Vance for my whole life, since he started releasing music years and years ago. I’ve been so obsessed with just the way he writes. He’s the epitome of a storyteller and he just captures you with words and to be able to see that firsthand and experience that with a collaboration, I think would be one of the most rewarding experiences. Maybe him and my other one I would probably say someone like Brandi Carlile because she’s similar in the way she writes but also has that very powerhouse voice. I did a cover of “The Joke” awhile back just because I felt it so hard. She has such an emotion or an evocative sound especially with the twins she sings with so having that as well would be a really cool collaboration.

Besides the EP dropping in April, what else can we expect from you?

I’m always writing and I’m always doing creative things even if it’s just covers and stuff. I have a lot of ideas with things I want to release so I think after the EP drops, I’m definitely gonna focus on throwing out some of those covers and just keep tossing out music. I think we’re in a spot of society and just the world where we need the art and we need it to kind of explode as much as possible, so I want to be part of that voice that helps people through these dark times we’re facing.