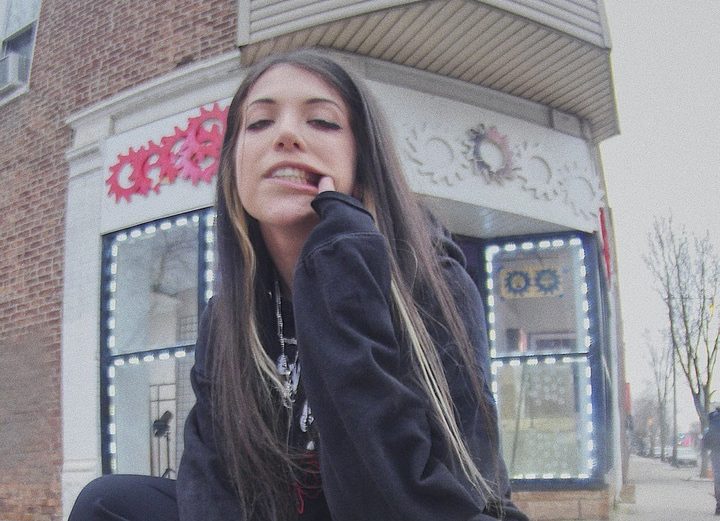 Born in Chicago but now based in LA, 22-year-old singer songwriter Ally Nicholas’s journey into music hasn’t been an easy one. Nicholas lived most of her teen years with a sense of disassociation, never feeling like she meshed well with her peers. Being a fan of bands like Slipknot, Alice in Chains, and My Chemical Romance, her innate darkness stood out amongst the vibrant polo t-shirts and miniskirts of the North Shore, but she never cared much about trying to fit in. However, after couch surfing around New York for a while, she has now finally found a place to call home and started working toward her goals as a recording artist.

“Warning Signs” is the follow-up single to her October 2020 debut “Feels Like Dying,” which has amassed well over 100k streams on Spotify to date. Her debut offers a sombre account of longing in a relationship that’s full of self-reflectiveness. However, her latest track steps things up a notch, taking influence from the likes of British indie stalwarts Arctic Monkeys while also capturing the nostalgia of ’90s alt-rock with a more modern, pop-tinged twist.

As the track’s title suggests, “Warning Signs” provides an introspective look at red flags in a toxic relationship. Nicholas divulges these experiences with melancholy in the verses, accompanied by the deft inclusion of diminished chords, which add to the pensive feel. The choruses however, heighten the intensity and act as a taunt that she already has the answer to: “Do you think you’re falling for me? / Do you sink your teeth in, feel it? / Try but you can’t deny.”

There’s also a distinct Billie Eilish feel to this track. The melody and chordal arrangements of the choruses nod to tracks like “xanny” and Nicholas’s confident swagger reinforces that introspective rebel girl feel Eilish has become renowned for.

“Warning Signs” is an attention-grabbing follow-up from Ally Nicholas. She seamlessly blends nostalgic musical influences with a lick of modern, alt-pop paint in this domineering track that further indicates that the signs for her future success look to be pointing in the right direction.