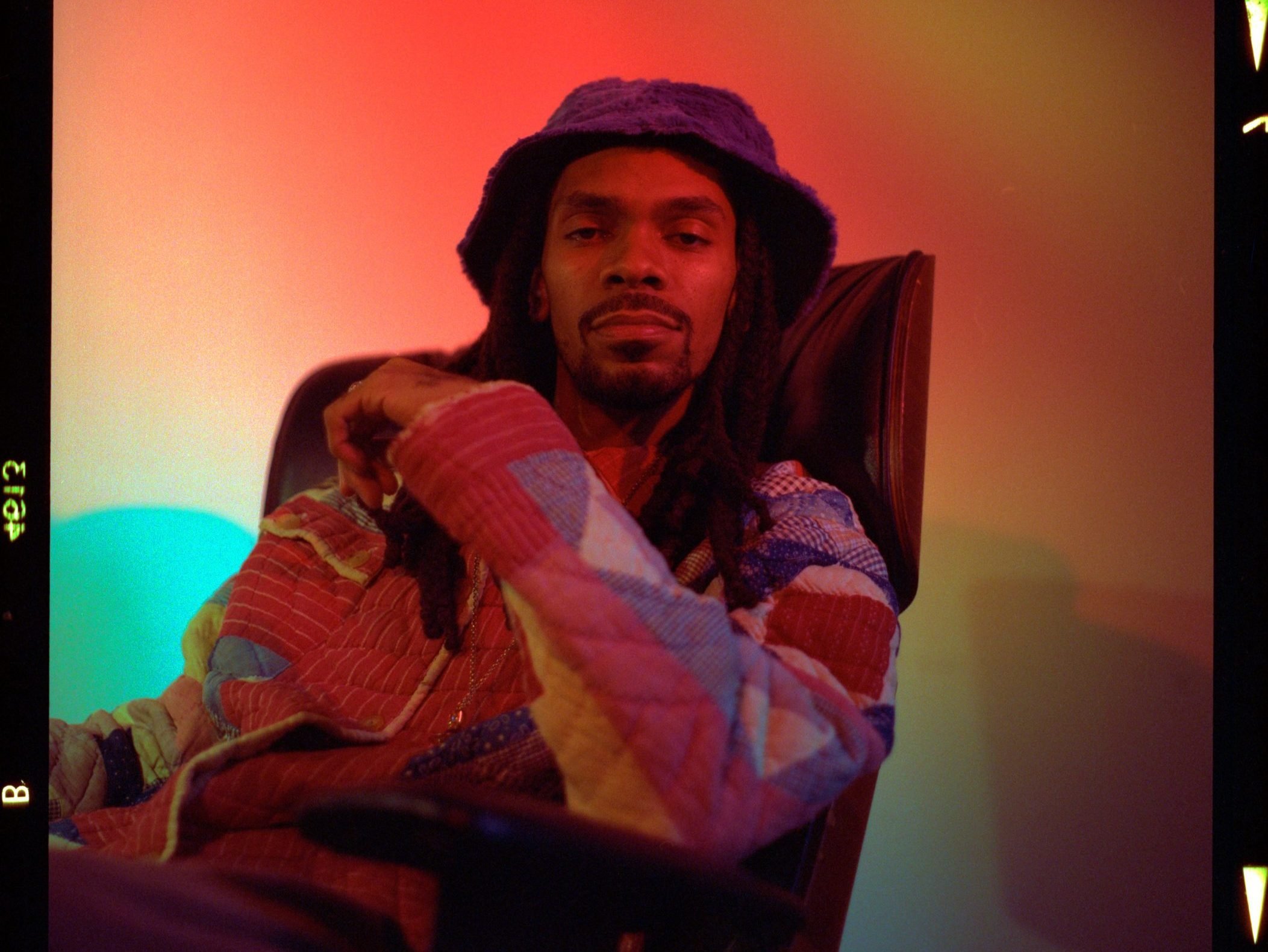 Erick the Architect already has his speech written for the Grammy Awards. Although the acclaimed rapper and producer doesn’t have any nominations from the Recording Academy just yet, his year in quarantine has been spent leveling up both mentally and professionally, thus creating a clear path for the prestigious award to fall into place. Erick’s growth process of becoming an even better version of himself is what the Flatbush Zombies rap group founding member calls becoming “future proof.” It’s also the title of his highly anticipated solo debut project released on Jan. 22.

“If you have all this time, learn something,” Erick said in an exclusive interview with EUPHORIA. “Learn to play an instrument. Learn to do carpentry. Learn to do sign language. Learn something that is going to benefit you for the future because once we come out of this cloud, you don’t want to be like ‘oh, I didn’t do shit.’ You’ve gotta future proof yourself, bro!”

For the Architect, whose full name is Erick Arc Elliott, his self-evolution during COVID-19’s quarantine manifests itself into habits that range from decongesting inner trauma to simply recycling his takeout dinner boxes and eating healthier. It’s a lifestyle and personal journey that any of us can practice. Most importantly, future proofing can be used to ignite change in communities and to address systemic issues. 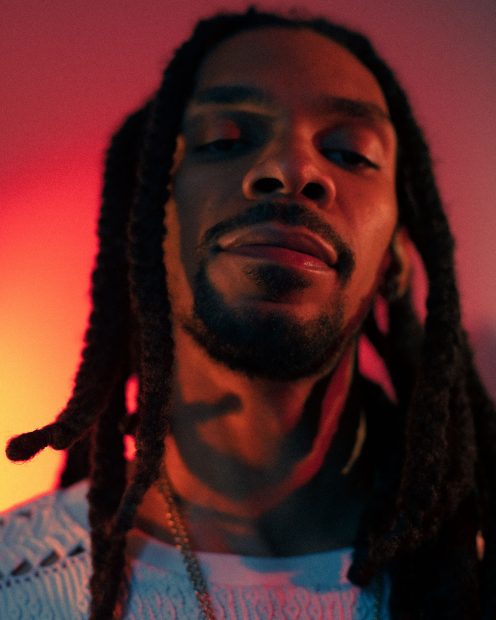 In his five-song project filled with international collaborations like Col3trane and Pip Millett, Erick takes us through his own intimate journey of future proofing himself with bluntly vulnerable lyrics that approach his experiences with grief, mental health, and racism in America.

“Riddled in these lies, oppressors wanna kill our strides / Though the only way that they can shake us up is to take lives?” / Its cowardice,” the Brooklyn native raps on “Selfish” ft. Pip Millett. “Fists hoisted high will leave them powerless / Dog this ain’t new to us, it took too long just to acknowledge this.”

“I knew that in a couple months everybody would just go back to whatever and I didn’t want to be pessimistic about it so I just stayed in the studio,” Erick said about society’s treatment towards last summer’s historic Civil Rights reemergence. “I didn’t forget about it. It impacted me a lot. During that time, I wrote with a lot of vigor and anger but I just felt that personally with [songs like] ‘WTF’ and ‘Selfish’, I just wanted to write prose.”

The profoundly conscious bars over soulful beats on Future Proof may have been a harder pill to swallow for longtime Flatbush Zombies fans that were used to the group’s eccentrically hardcore rap sound and psychedelic-influenced lyrics. In anticipation of Erick’s solo introduction, he prepared his audience for the switch-up in an Instagram post, noting his need to return back to his roots on more serious topics; those of which needed to be said alone.

“I think that sometimes in a group, you dance around a topic because everyone has something to talk about and you only have one verse to kind of talk about who you are,” Erick said. “But I think that my individual story is very intimate.”

And whether fans like his recently grounded solo sound or not, he says that it doesn’t hold weight when compared to one of his goals for the EP: stimulating nuanced questions about society without attacking anyone, even if the answers to some of those questions aren’t yet figured out.

“I don’t care if it doesn’t fit into the mold of what’s cool or if it doesn’t have trap energy or turn-up energy,” Erick said. “Future proofing yourself is also letting you know that you can’t forget about what’s happening in the world. I’m not a history teacher, you know, but I just want people to think about why things are systemically built.”

The Jamaican artist’s influence for breaking molds and disregarding the status quo is what he attributes to an array of different Black trailblazers over time, whether abolitionists like Nat Turner, who changed the country with the organization of his 19th Century slave rebellion, or Andre 3000 of Outkast who proudly challenged fashion norms of the time with his pink gun on the cover of Speakerboxxx/The Love Below.

But going against the grain wasn’t always easy for Erick.

“I went through a huge part of being insecure and not really understanding why I’m so different from people,” Erick said. “I used to question, ‘Why don’t I look like other rappers and why’s my voice not like a rapper’s voice?’ I had all this judgement that I put on myself, but truthfully I had to understand that it’s because I’m an individual that’s different and people identify with people who are valiant and confident.”

His diverse discography of both rapping and producing, which includes everyone from the rappers of Pro Era to James Blake and Portugal the Man, is one of many testaments to the fact that Erick is fiercely different and boundlessly multifaceted; as is the entirety of the Black community.

“The last thing we need is to be perpetuating an image that’s not every Black man because we already have enough shit to worry about,” Erick said. “To the world, we’re all poor and shit like that, but you can’t condition every person. It’s not the same and at a young age, I really didn’t even know that being in poverty and growing up in gangs and shit wasn’t a reality for some of us. I thought all of us were kinda in the same boat.”

And Erick has a more nuanced definition for those that do try to gatekeep what it means to be a Black man in America today.

He mentioned Outkast’s 1998 song, “Return of the G,” where Andre 3000 raps about wanting to avoid trouble to simply watch his little girl blow bubbles as one of the influences that helped Erick to become more vulnerable within his own writing. The Architect also mentioned Rick Ross’s line in his 2010 hit, “All the Money in the World,” when Ross rhymes about swinging at the park with his niece to doing his thing in the streets as an example for what helped Erick shape some of his understandings of being a man.

“I think that masculinity isn’t determined by how cool you are or these projections of things that ‘make you a man’ which is shit like how many girls you slept with,” Erick said. “That doesn’t make you a man. A man is the one that takes care of his kid regardless of the disparaging problem you have with your baby mother. It’s OK to be hurt and vulnerable and I think that’s important and I think that more people should talk about it.”

In Future Proof he does just that, opening up transparently on tracks like “Let It Go” about the tragic loss of his mother and how much his niece and nephew mean to him.

“Let it go, free your mind, live your life, feed your soul / Give your time, see your fam, keep ’em close / ‘Cause you never know when it could all be gone / Just let it go,” FARR sings on the chorus of “Let It Go;” one of two singles released from Future Proof.

“I wanted to write about the things that captured my mom’s life in the way that I remembered it,” Erick said. ” I wanted to give encouragement to people who’ve lost someone that they care about too.”

As for what’s to come in the future, Erick the Architect is already future proof and ready because of the work that he’s investing into himself now. While quarantined in Los Angeles, he’s celebrating the EP release with Champagne and solo bike rides. He’s interacting with his fans online through Twitch to have these same vulnerable and transparent conversations in real time. He’s learning to play instruments as an emergence from the iconic samplings of his past in an attempt to be like some of his longtime music idols: Herbie Hancock, Prince, and D’Angelo.

Although not an architect by trade, Erick the Architect is constructing a healthy environment both mentally and physically with hopes to one day become a philanthropist and educator. So whether or not he ever does get to use that pre-written speech for the Grammy Awards someday, the legendary rapper said that he’ll also be just as excited to “help even one person get through some deep shit.”