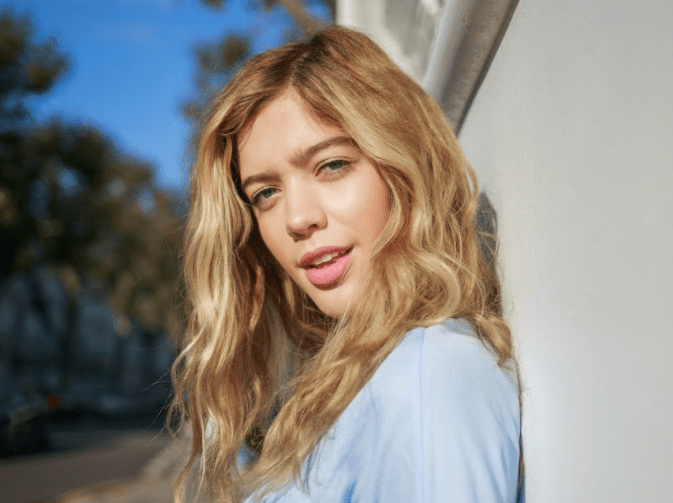 On the heels of her latest video for “Wake Up,” rising New York artist Ronnie Watts comes full circle as she shares two versions of her breakout single “Famous in California.” Encompassing Watts’s greatest strengths of vulnerable relatable song-writing, she revisits the track in a guitar-tinged package that perfectly complements the piano-fronted original.

Watts, whose love and passion for music began at a young age, credits her upbringing in a creative household and the influence of her father — also a musician — for who she has become both as an artist and a person.

Speaking to EUPHORIA. about what inspired her to revisit the single and delving into her hopes of providing comfort to people through her music, among other things, Watts leaves a long but rewarding musical journey behind her, as she moves forward into what is undoubtedly a bright future filled with cinematic soundscapes and observational lyricism.

What motivated you to revisit your breakout single “Famous in California”? Have you always wanted to come back to it or did something specific inspire you to do so?

“Famous in California” was my debut single, so it’s had a really special place in my heart. The song means a lot to me and I’m so grateful for all the love that people have shown. As a treat for the listeners, as well as myself, I thought it’d be fun to release a new version on its anniversary. I’ve always wanted to add harmonies and do some different things with the song, so I thought this would be the perfect opportunity.

What was the message behind the new track? Is it taking the narrative of the first track forward in some way?

That’s an interesting question. I’m not in the same place I was when I wrote “Famous In California,” so singing it now feels more like a reflection looking back on that time. I think if I can relate this song to where I’m at now, I’d say I’m singing it to myself. I’m almost 20. I’m at this weird, in-between age and I don’t know exactly where to fit. The song addresses the struggle of holding onto memories while simultaneously moving on. Right now, I’m moving on to a whole new stage of life.

Coming full circle, what’s the biggest evolution you can track in yourself as an artist?

I think my confidence overall has grown so much. Being thrown into this industry and put into intimidating situations has really helped mold me into the artist that I am today. So much good comes from being confident. Knowing who I am, knowing where I want to go, and knowing what I am and can be capable of is a skill I’ve developed as an artist.

In terms of songwriting, you’ve mentioned that you wanted to inject a cinematic experience in the first single. Has anything changed now coming to this single?

The only thing I personally believe has changed is now the cinematic aspect as being shown through a more mature lens. I’m older now, I’ve learned some lessons, and I wanted to bring that idea into this new version.

Your music tends to be introspective but if you’re taking inspiration from the world around you, what are you most likely to be inspired by?

Other people! I love observing, I love trying to figure out why people are the way that they are. I find the idea that every single one of us is experiencing the world differently very interesting. Especially because we often find ourselves relating to the same things. Observations and interactions mixed with universal ideas are really what create my songs.

If listeners could take away one message from your music in general, what would you want it to be?

I just hope people take comfort in my music. Whatever they’re going through, I hope my music makes them feel like they’re a little less alone.

Who inspires you both professionally and personally?

My dad. He’s a musician as well as a great dad. Growing up in a creative household where I was encouraged to take risks and do music is something, I will always be grateful for. I would not be the musician or person I am today without him and that environment.

What’s been the most surreal moment of your career. What’s on your bucket list?

I’m lucky to have had a couple surreal moments so far. Something that was just absolutely insane was hearing my song “Sad Summer” on SiriusXM The Pulse. My family and friends packed in the car to listen. Hearing my song on the radio has always been a dream. It was crazy to think that people from all over the country were listening. Something on the bucket list is to go on a stadium tour. Manifestation, baby!

Finally, if you had to describe your musical journey so far in three words what would they be and why?

Electrifying, long, rewarding. I’ve wanted to be a singer since I was a little kid, and every day I’m still working to be more successful than I was the day before. I’m so grateful for every opportunity, but more importantly I’m just thankful I get to use my music to connect with people from all over the world.