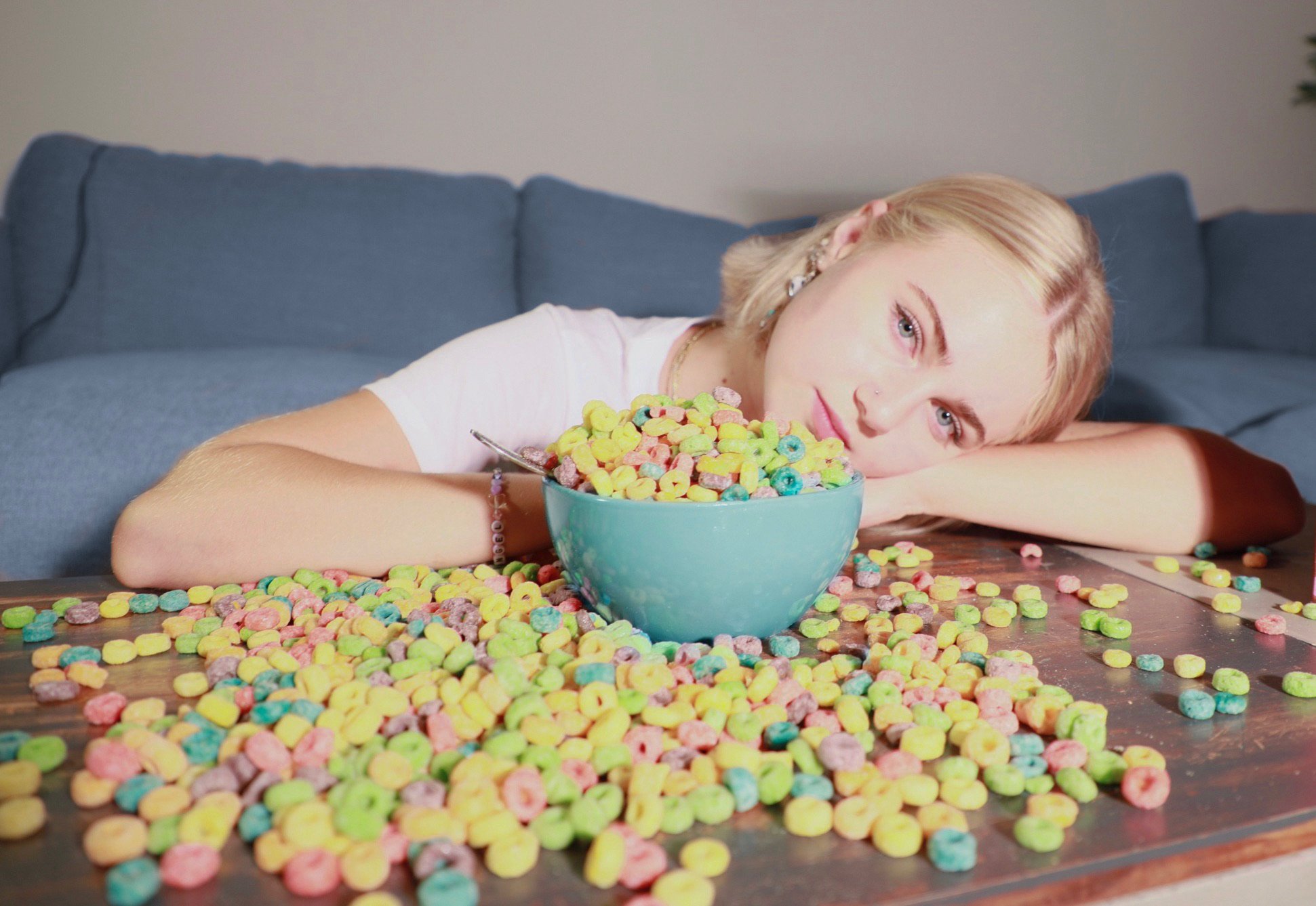 Earworms have nothing on Claire Rosinkranz — which might be the understatement of the century if you’ve heard her utterly infectious pop bubbler “Backyard Boy.” If you haven’t, fire up your preferred streaming app and give the two-minute banger a listen; I’ll wait. Oh, you’re hitting repeat? Yeah, I wasn’t kidding about that. You’re not going to be able to stop.

The 16-year-old California native has been making music for literally half her life, and the prodigal nature of her self-dubbed “alternative-blues-pop” is apparent in the first listen of her BeVerly Hills BoYfRiEnd EP. In fact, “Backyard Boy,” undoubtedly her most popular song, is only one of four unique tracks on the debut release, each more infused with personality and confidence than the next.

The teen offers Jack Johnson, The Beatles, and Frank Ocean as influences, which do indeed peep through the curtains of Rosinkranz’s melodies and vocal stylings — but there’s something else there, too. When she names the thing I can’t quite name, it all makes a lot of sense.

“Classical music is something that has actually really inspired me,” Rosinkranz shares via phone on an otherwise typical Monday night. We’re throwing ideas back and forth to one another quick, like quiet lightning. “My grandma was an opera singer, it was her career, and my dad kind of grew up in that scene as well, as a first chair violinist.”

“I also grew up doing dance, like ballet and stuff, during which I was just super surrounded by classical pieces of music,” she adds. “Listening to my grandma’s old CDs and stuff, too. I feel like I’ve just taken a lot from that. Especially timing.”

The second song on the EP, “Tough Guy,” does its fair share of borrowing from the classics. With vocal control that nearly rivals (or, at least, pays homage to) the late, great Amy Winehouse, the Gen Zer plays with tempo and riffing to tell a story of an emotionally unavailable boy she wants to get to know. Most of her songs are in a similar vein, just a girl wanting to connect with her crush. Her lyrical relatability meshes seamlessly with her singular, personal sound.

But just because Rosinkranz is bringing something different to the alt-girl singer’s table — think Lorde, Banks, and Lana Del Rey, just to name a few  — it doesn’t mean the virality of her music isn’t just as strong as those who have come before her. There are 2.6 million videos to date that feature “Backyard Boy” on TikTok. Believe it or not, that’s actually 1 million more uses than breakout star Olivia Rodrigo’s acclaimed debut, “drivers license,” had on the platform at the time of our interview.

“I feel like she would be really fun to write a song with,” Claire tells me of the High School Musical: The Musical: The Series star. “Because, I mean, she’s first and foremost a songwriter and that’s what I consider myself, too. And since we’re friends, I think it would be really fun.” I make sure to let her know the world needs whatever girl anthem their collective brain would craft, you know, so make it happen, please.

To be fair, Rosinkranz doesn’t exactly need to duet with the likes of her 17-year-old friend Rodrigo for pop heads to see she’s on the rise. On Jan. 9, the dancer opened for One Direction alum Liam Payne’s last of four livestream concerts, The LP Show, Act 4.

It’s no surprise she considers the opportunity her proudest moment to date. In “Backyard Boy,” one of the dreamiest visuals Rosinkranz paints with her lyrics is the sunny image of driving around, windows down, with “some good boy band tunes” on full blast. When I ask her which she would consider the reigning boy band of her heart, it’s no contest: 1D rules supreme.

The songwriter even tells me about her “nostalgic bangers” playlist, which she notes is overflowing with some of the best tracks the fivesome (and eventually foursome) put out over the course of five albums. “Those are ones that I bump in the car with my friends all the time,” she gushes about her favorite songs from one of the greatest groups to ever wear the boy band label. “They’re just so good. They’re really fun to just, like, scream out.”

With new music on the horizon in the months to come — and the prospect of true pop superstardom hovering close, like the final checkpoint near the end of  a video game — I’m curious where she wants to go from here. “My goal with music is just to put out as much as possible and hope that people can — this is the same for a lot of singers and songwriters, that [they hope] people can relate to their lyrics and understand how they feel,” she muses.

“But also I just kind of want to inspire others to just put their own music out,” Claire adds, sincerity punctuating every word. “If they see that I can do it, they can do it, that kind of thing.” Maybe they can, but it’ll never hit quite the same as a Claire Rosinkranz original.