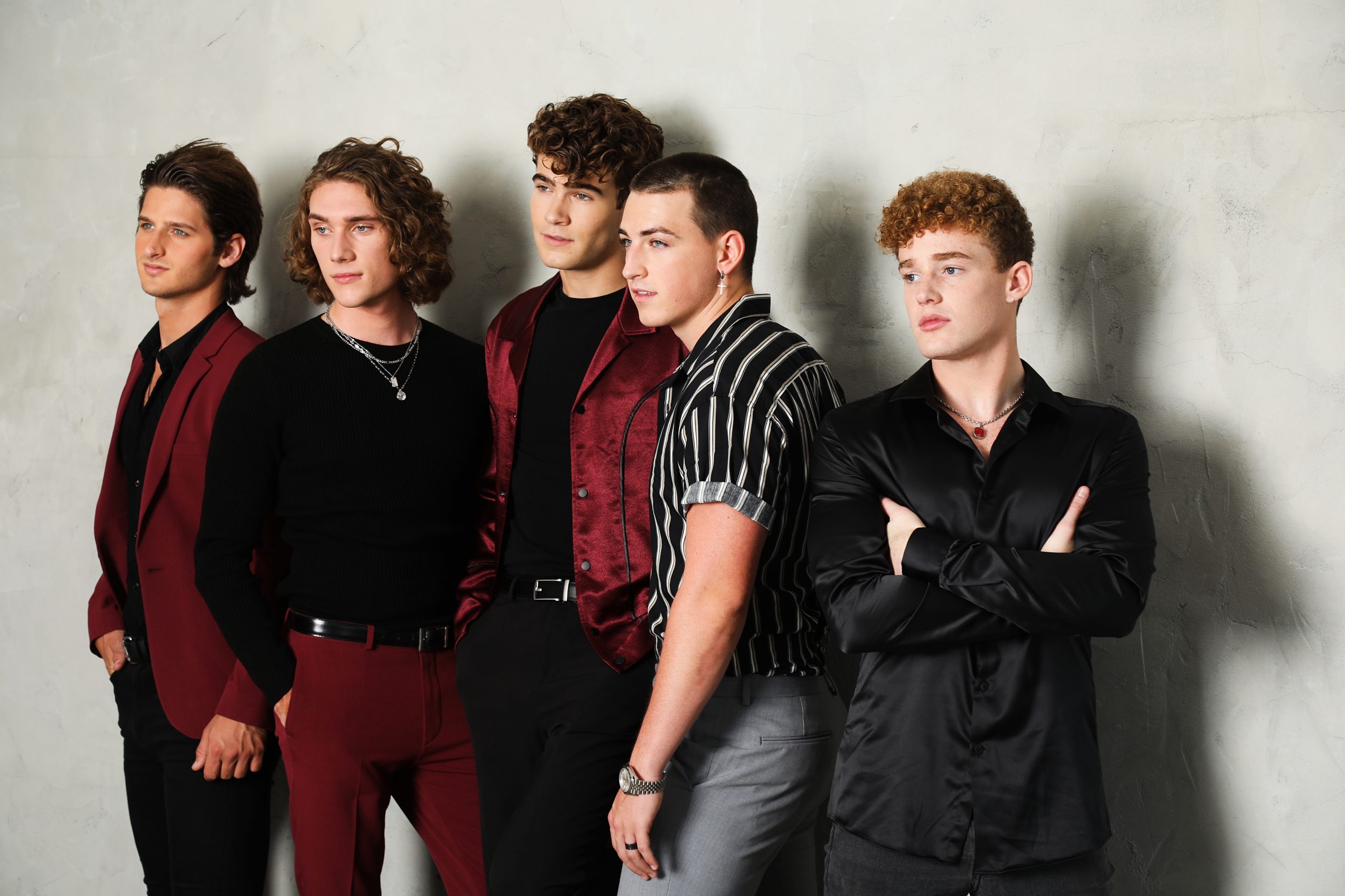 On the Outside — How Beautiful

On the Outside, who go by the names of Andrew Bloom, Dawson Huckabee, Devin Hayes, Jon Klaasen, and Sam Jenkins, is a Los Angeles-based boy band that have been building their following since 2019. With over 4.2 million followers 65.3 million likes on TikTok, it’s safe to say they have made quite the impression on their fans. Since bursting onto the scene, On the Outside has released two EPs and many singles.

EUPHORIA. got the chance to get to know On the Outside a little better. Along with discussing their new single,” How Beautiful,” they let listeners know what they can expect next.

Firstly, can you each describe yourselves in three words?

For those who are unaware, how did you all form together as a group?

Sam: Aside from Dawson, we all have ties to one another. From appearing on reality TV shows together to long-term friendships. Our management set out to find five talented guys with distinct personalities to create a band. Devin was the first member and shortly after followed Jon. Devin and Jon were roommates at the time and received the same email titled “Opportunity” from our current management. We like to call that fate. Hearing the news that this boy band would be pop-country, Devin and Jon agreed that Andrew would be a perfect fit given his country and old-school R&B roots. Next, we found Dawson on Instagram, and then Sam filled the last spot. Jon and I had been friends for years at this point. And after they’d been looking for their fifth member, Jon finally asked me to join!

You just released your new single, “How Beautiful.” What made you want to put this one out in the world next?

Dawson: “How Beautiful” is a song all about acceptance. With social media influencing so much of our self-worth these days, we thought to ourselves, “What’s more perfect than putting out a song that makes people feel validated in who they are?” Beauty is within everyone, and sometimes that thing about yourself that you don’t love is what sets you apart from the rest, and we want to celebrate that. Sometimes it’s hard to see your worth, and we just want to let people know we see them.

What inspired the song?

Devin: We’ve been sitting on this one for so long. It’s one of the first songs we cut as a band. We always knew it would resonate with so many people, and we wanted to release it at the right time. With the state of the world we live in, it just felt right to release something positive. We just want to spread more love.

What’s the plan from here? Is another EP or an album on the cards?

Andrew: We’ve wanted to put out an album since the beginning. We technically had an album ready to go early on, but we ended up releasing singles instead. We’ve been testing the waters you could say … But we’ve finally reached a point where either an EP or an album is something we’re discussing for the near future. You’ll just have to follow us along the journey to hear what is next!

How has the ongoing pandemic helped or changed your creative process?

Jon: Like everybody else, COVID-19 threw us for a loop. We had so many plans and they were falling into place for us. When the pandemic hit, we had to reevaluate everything we were doing. We took time to focus on building our online presence, and thanks to TikTok, we accomplished a lot within that. Our creative process stayed consistent. Time seemed to slow down a bit, which gave us what felt like more time to focus on writing songs, being creative, and getting to know our fans.

You have a large following on TikTok — why do you think fans have connected with you more on that platform?

Sam: We’re just a bunch of goofs who like to sing and make people happy. We embraced that from the beginning, and we think that’s what our audience loves most about us. Unique to other social media platforms, TikTok is a place where pretty much anything goes, and there’s an audience for it. We just found our audience!

As a group, who are your main influences?

Jon: That’s what makes this band so unique! We all have very different music tastes, from country to pop, R&B, hip-hop, and rock. We’re a melting pot when it comes to our music taste. As a group, we look up to artists like Dan + Shay, Ed Sheeran, and Taylor Swift.

Do you have a dream collaboration that you can see happening?

Andrew: We think Dan + Shay, Ed Sheeran, and Taylor Swift would all be perfect fits!

Do you have a wild fan story to share?

Dawson: Our Outsiders have been so respectful and cool, thus far. Nothing particularly “crazy.” What we have noticed is how much of a family they are; constantly building each other up and going above and beyond for us and for other fans. They’ve started various hashtags where they post their personal stories and what they’ve been through. They support each other. It’s just such a positive environment that we all have created together. Our Outsiders are rewriting what it means to be a part of a fandom.

Devin: We’ve set so many goals for ourselves since we began this journey together. We’ve accomplished a lot of them and still have so many to reach. Of course, we want to tour and headline stadiums, all the big things, but our biggest goal is to create a culture that leaves a positive impact, which we’ve accomplished on a smaller scale. We want to expand that and reach as many Outsiders as possible.  Thanks for taking the time to speak with us, EUPHORIA.!