The artist, once a staple in duo Jack & Jack, is finding his footing in an expansive 'PASTEL' world.

For Jack Johnson, pastels were never just tones of color. Pastels started as something the artist, known as JVCKJ, saw in and around himself and others; they were the “middle ground.” Much like how pastels exist in a world of color, without complete saturation or vivid pigment, they represent the very human, in-between stages of progress while we look for ways to immerse ourselves in life experiences.

Essentially, for JVCKJ, pastel is bigger than color altogether. In his first full-length solo project, PASTEL: The Early Days, JVCKJ created a world out of the tones, somewhat built around the acronym “Progression Always Starts Through Experiencing Life.”

It’s a larger-than-life sentiment at times, but the message is conveyed through a track list filled with personal experience and storytelling that doesn’t stay boxed into a single narrative. Rather, JVCKJ’s debut is a showcase of his interest across genres, performance styles, and writing. “Each song is definitely its individual journey that it takes you through,” JVCKJ tells EUPHORIA. “To me, it was more the sonics. That’s how I want it to flow.”

And just two months into its tenure as a debut, the project has been warmly received by fans. Without a label, PASTEL didn’t receive grand promotional campaigns; the success — which brought the EP over a million streams on Spotify in its first month — came rather organically.

“It’s been a very overwhelming response,” JVCKJ said. “I really had no idea what to expect with my first solo project, but I’ve been very, very grateful and very happy for everyone who’s been playing it, supporting it.”

Fortunately for those fans, The Early Days — as the name suggests — marks only the beginning of a long, imaginative path for the project. The pastel colors were a no-brainer when the idea came to mind for JVCKJ over a year and a half ago; the resulting EP became the product of a vision that resonated deeply with the artist, and JVCKJ won’t be held back by the bounds of a single musical project.

Beyond the first multi-track release, PASTEL has a promising future. JVCKJ has been hard at work creating a coinciding streetwear line that can be competitive in the market, while also conceptualizing a four-project installment series to document his artistic growth as he continues to shape his sound and the world of PASTEL.

“I think the brand itself is going to be almost bigger than the music — all-encompassing,” JVCKJ said. “I have a crazy vision where I want to have pastel studios in LA, where each room is a different pastel color. And Pastel Records is what we’re putting out the project under; right now, we don’t have any other artists other than me. It’s like just my kind of indie label right now, but I want to eventually sign other artists underneath it.”

With a vision that has the potential to become so expansive, it comes as no surprise that JVCKJ doesn’t want to put limits on who should consume its message. Though he hopes the youth, in particular, can latch onto the desire for progress and self-improvement with the EP, the sentiment is evident: there is no age requirement for growth. “It doesn’t matter how old you are, where you live, how young you are,” JVCKJ said. “You can always become a better version of yourself.”

That lesson is one that JVCKJ is only beginning to really learn for himself, particularly in the last year. The multi-faceted PASTEL is different from anything fans have heard in the artist’s previous works; until mid-2020, he played a key role in the success of duo Jack & Jack, a musical pair consisting of Johnson and fellow digital star Jack Gilinsky.

Though it might seem like the end of an era — especially as the pair have been synonymous with one another since 2014 — JVCKJ wants to assure fans that a shift to self-discovery doesn’t mean the end of their partnership entirely.

“Looking back at it now, it may have been a little too premature, but I think it had to happen eventually, to blossom and flourish and really become individuals,” JVCKJ said. “The one thing I don’t want people to get twisted is me and G will always be Jack and Jack. Right now, this is just us learning about ourselves and taking a brief hiatus to dive into our solo adventures.”

Moving on from the duo that defined his presence (both musically and on the internet) for so many years is just one piece of the puzzle that makes up who JVCKJ is as an artist in 2021. The transition was “scary,” but it allowed for creative freedom in a way that being in a two-piece group can’t. There is no compromising over sound, aesthetic, or vision, more broadly, and it requires a close-knit team that stays (mostly) on the same page.

“It was the first time where I really felt like I could dive into my own psyche, my own mind, and really just roll out the stuff I want to, the way I want to roll it out,” JVCKJ said. “Especially not being with a major label, now there are no roadblocks with people that have to approve things. It’s me and my close-knit team. It’s very different but very liberating.”

Like many artists who go solo, JVCKJ had to reshape a piece of his musical identity to set the tone for such an introspective first project. Fortunately, the EP’s opener “City of Thrills” gives JVCKJ the opportunity to do just that; it takes the pop and hip-hop space that much of the EP lives in and blends it with catchy and reflective storytelling. Essentially, it provides insight for listeners into JVCKJ’s headspace while building the PASTEL world — which seems to reflect much of his own.

Not coincidentally, the first song on the track list is also the most personal to JVCKJ.

“That one’s just the whole concept of sometimes having to lose yourself to find yourself. Sometimes, those moments when you hit rock bottom provide the most clarity, you know?” JVCKJ said. “I never felt like I hit rock bottom or anything out in LA, but there was a time … where I felt like I didn’t really know what the future had in store for me. There were times where I got lazy, and because we had already had some success, we didn’t necessarily keep our foot on the gas at points. We definitely got caught up in just the city of Los Angeles.” 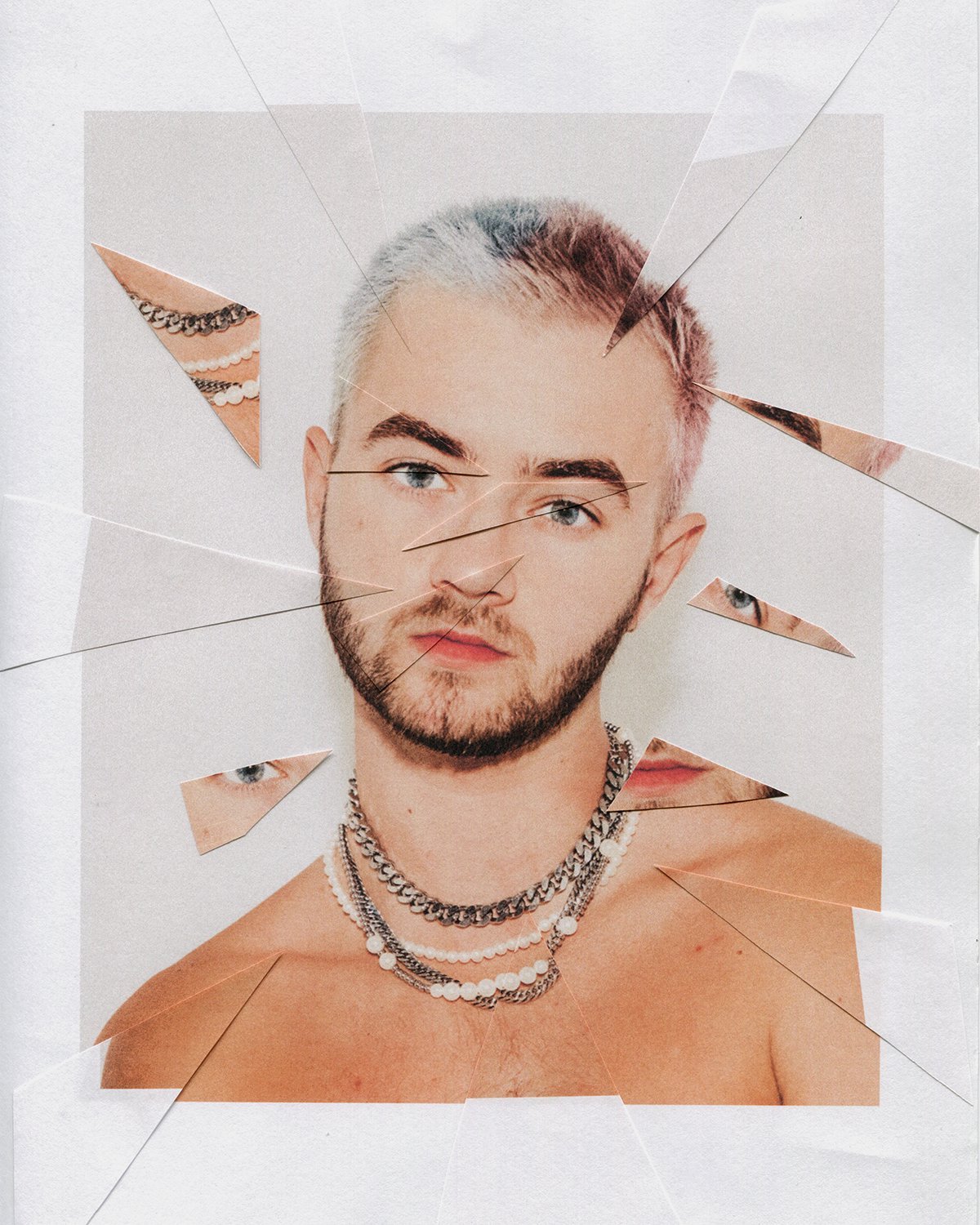 But JVCKJ acknowledges that living through that phase of distraction was necessary to realizing the necessity of growth. Without a period of “having too much fun,” there would not have been a resulting moment of self-reflection, which ended up being crucial to helping the artist find himself (and put the track together to document it).

“City of Thrills” showcases the mentality that JVCKJ discovered after that phase. Finding himself, both as a person and an artist, enabled him to set his sights on emotional growth and figuring out how those revelations could be shaped musically. It isn’t necessarily the foundation for his work on PASTEL, but that vulnerability certainly gives listeners a glimpse into what’s to come with future projects in the series.

As for what’s next in the literal evolution for JVCKJ, this room to breathe between projects gives him the opportunity to shape his tone as both a rapper and a singer.

“The first project was called PASTEL: The Early Days, which was very reflective of my first solo project, my infancy as a solo artist,” JVCKJ said. “Project two, project three, project four — I’m not going to give away the titles yet — are going to slowly develop, and they’re going to be representative of me becoming more competent as a solo artist, as an individual in the music game. I want the colors to slowly saturate throughout each project, and then the final project, I’m going to have it be like an all-black project, with little pastel subtleties.”

More than anything, for now, the next steps are about discovering the future of PASTEL sonically, outside of the bounds of the greater concept, and honing in on ways to give the next record consistency without being shaped entirely by one sonic direction.

For JVCKJ, the outlook on PASTEL thrives on permanence. The project is taking residence in the artist’s discography, but also his brand and solo career; if JVCKJ is going to be known for a world of color, he is determined to make it a memorable one.

“To me, true longevity comes from being versatile,” JVCKJ said. “I want to be versatile, but at the same time, I want my tone and my cadence and everything to be consistent and be the glue between each song. So, our next step is really just figuring out what my sound is, what my tone is.”

And for a tone that exists in low saturation, JVCKJ’s PASTEL perspective is leaving a vivid mark on his artistic image. Perhaps that is exactly why the end of the era, whatever that looks like, is nowhere in sight.

“There’s a grand vision for PASTEL,” JVCKJ said. “This is just the introduction.”