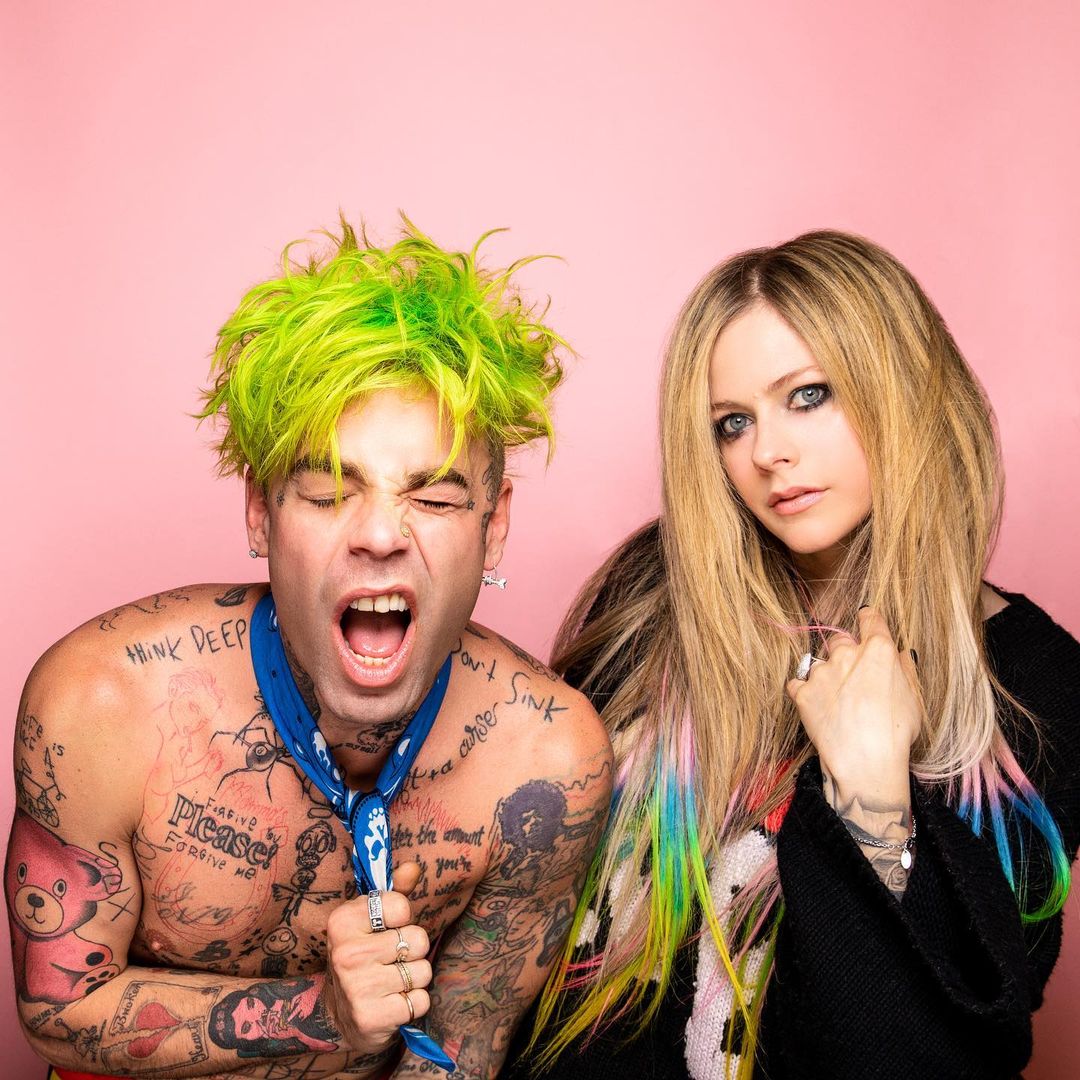 If pop-punk listeners were unfamiliar with MOD SUN’s name and discography in 2020, there is little doubt that he has made his way onto genre fans’ radars in 2021. The artist, whose solo music has landed anywhere from alternative to laidback pop, is creeping into new territory — this time in a genre that has become a mainstream hot spot for newcomers and crossovers in recent history. “Flames,” the new single featuring longtime icon Avril Lavigne, showcases an equally smart and bold collaboration that meshes catchy pop flair and nostalgic punk roots.

The duo’s musical partnership was first teased by MOD SUN on Instagram in early December with a post featuring a carousel of studio shots — some featuring Lavigne — with a simply put caption: “Something is coming…” But no one could have predicted just what that something could do. Within 48 hours of its release, “Flames” became a quick hit with over a million streams and found its way onto major streaming playlists, swiftly becoming MOD SUN’s fastest growing track and a solid collaboration for Lavigne’s long and iconic discography.

“Avril Lavigne has one of my favorite voices in music,” MOD SUN said in a press release for the track. “It’s so strong and confident, yet filled with emotion and one-of-a-kind inflections that only her voice can do. This song holds a lot more weight than meets the eye. There’s a very deep message within it.

The third mastermind behind the hit? Musician and producer John Feldmann, who is well-known for doing it all. Feldmann is the lead singer of Goldfinger and has produced for Blink-182, Good Charlotte, and, more recently, Girlfriends; he is anything but new to the scene, so it seems like a no-brainer that “Flames” would be such an evident homage to the genre it calls home. Lavigne and MOD SUN, though both talented artists on their own, were in good hands with Feldmann on this track, and the impact is evident in the way the song sounds, of course, but also the way it feels.

The intro to “Flames” is softer than its message; the track begins with a slow vocal reminiscent of the bridge in a ballad, piano included. Just moments later, though, the song transitions to more ferocity with MOD SUN’s entrance to the tune. When those two distinct (and distinctly different) sounds blend in the chorus, it’s worth turning up the volume for.

Together, Lavigne and MOD SUN sing the chorus’s opening line, which seems to signify the track’s rather emotional foundation. Really, it sounds like the battle between desire and toxicity: “I still burn for you / Like the sun burns in the sky.” Meanwhile, the second verse carries some of the song’s best lyricism, detailing the aftermath of the fight with, “I’m left with nothing more than ashes / Fallin’ to the ground like snowflakes / I almost wish we never happened.”

From its tearful and angsty writing to its both modern and familiar production, “Flames” is likely a draw for long-time lovers of emo and pop-punk tunes; additionally, it is just fresh enough to find a new audience of listeners not yet attuned to the car-speaker-worthy sounds of an emotional genre-blend like this one.

“Mod and I had an immediate connection from the first day in the studio. He’s an incredible artist and producer,” Lavigne said in the track’s press release. “This is the first of many. Proud of what we made with ‘Flames.’”

It’s a collaboration that leaves listeners wanting to hear the next move. “Flames” brings with it the question about what comes next. Though new fans have plenty of catalogue to stream, the artists’ fanbases are likely looking into the horizon. This year, a milestone nearly 22 years into Lavigne’s musical career, is already off to a strong and exciting start for both artists, and the buzz surrounding “Flames” might just indicate major upward trajectory for the year to come.