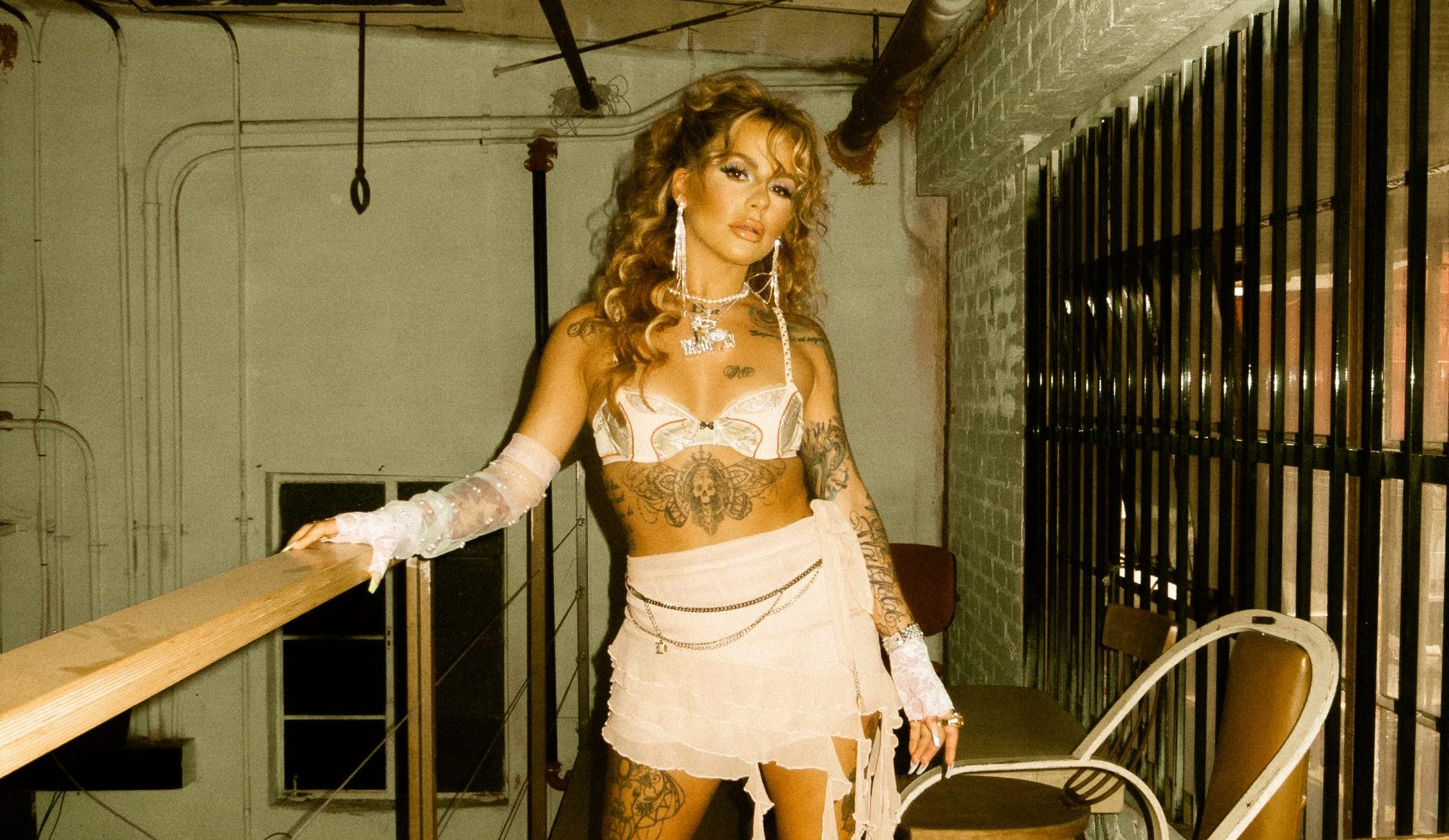 With a viral sense of charisma and confidence as trademark to the rapper as her Texas accent, Tay Money has arrived to the party carrying an arsenal of anthemic jams able to ignite even the shyest girl’s inner “boss bitch” mentality. If the world is our dance floor, Tay is the DJ. Grab your friends, grab a bottle, and grab the car’s aux cord — the starlet’s latest serve, Blockedt, is about to release a sonic glitter bomb through your speakers via striking beats and a stellar rap presence.

As a follow-up to her 2019 debut album, Hurricane Tay, Blockedt functions as a more refined, mature body of work ultimately solidifying Tay’s impressive rise to mainstream media. After getting a bite from the success bug with “Trappers Delight” in 2018, it was only a matter of time until the Tay Money effect started sweeping the globe. Ever heard of “Bussin,” anyone? The TikTok favorite currently sits at 1.7 million uses on the app, enjoys over 100 million total streams, and boasts 11 million YouTube hits. The mega track, sitting at only 1 minute and 37 seconds, proves packing a huge punch in a small package is enough to break the internet.

“Everything’s bigger in Texas,” the rapper preaches in the viral hit — and she’s right! Tay Money is the physical embodiment of all things bodacious, wild, and powerful. “Blockedt is about you just being you and not letting shit get to you,” the artist says in a press junket. “[It’s] your best pregame from start to finish.” Having garnered a major cult following, Tay is well versed in formulating chart-topping bops that immerse listeners into her glittery, spunky world, hook, line, and sinker. The 10-song collective offers a variety of experimental sounds creating an individualized, unique story for each track. That said, she maintains a clear general message: confidence is your best accessory.

Blockedt in its entirety stands as an addictive catalog of beats with lyrics as equally enticing. Practically every number possesses a stuck-in-your-head line sure to lead fans back to the album repeatedly. As much as it is a partygoer’s dream project, it’s just as easily a go-to for those needing a midday pick me up during the quarantine lows. Feeling down? Tay has a song for that. Broke off a relationship? Tay is equipped to mend your broken heart by guiding you on a journey towards loving yourself that much more.

While Blockedt depicts a fresh facet of artistry for the rapper, it simultaneously manages to breathe new life into her classics. Find Saweetie on a “Bussin” remix appropriately dubbed “Bussin 2.0.” Mulatto and Key Glock also make impressionable appearances on “Brat” and “Friendly” respectively. The record is truly an eruption of prowess, pride, and an immediate urge to dance; in essence, it mimics what defines Tay Money’s persona as we see it today.

It’s officially 2021, and we’re making sure every bit of toxicity is “blockedt” from our auras. We know Tay dancing away her worries, and she’s provided a bass-boosted soundtrack for you to do the same. Period!