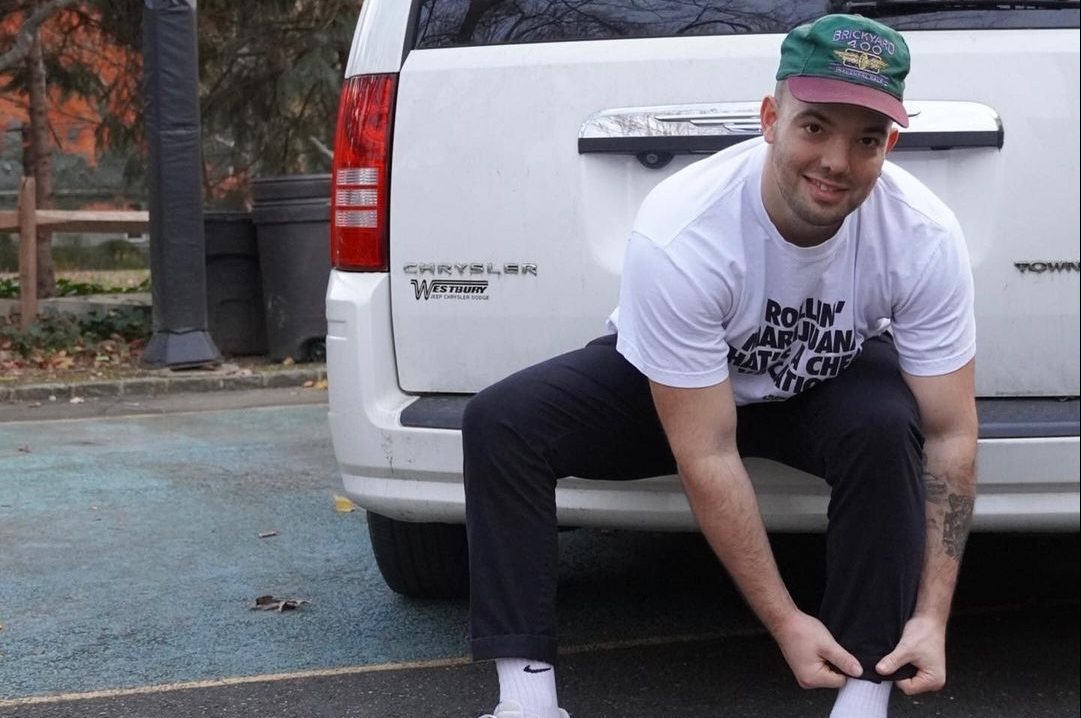 Back in November of last year, Mac Ayres previewed the shortest track from his new project Magic 8Ball, “Sometimes,” at his NPR Tiny Desk (Home) Concert. The performance, from what appeared to be his bedroom, featured multiple layered videos of Ayres playing different instruments and singing different vocal parts. The stripped-back, yet so precisely executed, virtual mini-concert wowed beyond belief. Notably, the performance of the forthcoming track urged anticipation for whatever project it would become a part of.

The precision with which Ayres produces his music, either for performance or in recorded form, was re-proven at his Tiny Desk show and is exemplified wholeheartedly on his new album, Magic 8Ball. At only eight tracks, there is no room for anything resembling filler. Though it is shorter than all of his previously released bodies of work, the build of a well-defined Aristotelian plot arc in sonic form is distinctly present. From an auditory and lyrical perspective, the album is his most film-like.

An inherent theme spurred from a Magic 8Ball is hoping for a desirable response to a wish. At the beginning of the album, from tracks “Sunny & 62” and the NPR-performed “Sometimes,” we hear Ayres anxiously awaiting a call back from a former lover. Then as we move forward to the next two tracks, “Nothing Else” and “Brand New,” Ayres moves more toward acceptance that he won’t reconnect. He eloquently realizes he will not be rekindling his previous flame as he sings over his most ethereal production, “They tell me this too shall pass / But if things, oh they never last / I guess I’m starting brand new.” The first four tracks function as a slow instrumental build, while Ayres vocally seems to effortlessly flutter. You soon realize you’ve been sucked into a vibe to create a poignant set-up.

What happens next is Ayres’s compositional climax in a three-song sequence meant for pure aural satisfaction. Ayres dives back into faith in the Magic 8Ball for answers while craving the flame he thought he could conquer and rid his mind of. We hear him on “Never Let Me Go” thrust out feelings of hope singing, “Maybe once in a while you’ll be finding somebody to hold,” wishing for that person to be him over thriving minor piano chords. Then on “Every Time,” Ayres questions and criticizes his urges crooning alongside seductive electric guitar strums, “I said can somebody save me? / Can’t keep on holding my breath, better get this off my chest / It feels like every time I see you, I just don’t really see you.” Finally, on “What You Doin Tonight?” Ayres gives into the familiar love he wants to run back to singing within a head-bopping bass-line, “Feeling like I been changing / So whatcha doing being a stranger? / Singing I got a ticket, but I can’t go / I need a place I can call my home.” Ayres, on his most captivating melodic work to date, searches for solutions to his necessity for comfort and love and gives into old habitual urges to find clarity.

The denouement of “Almost Home,” the final track, shows Ayres singing about realizing he needed to plunge into what he had actually moved past. He sings, “Something feels wrong / Something ’bout this place / Won’t stay too long,” as Ayres becomes aware of the illusion of his desires. The conundrum meets its natural conclusion, and Ayres accomplishes a wildly repeatable body of work with more astutely executed harmonious elements to sink your teeth into than you could ever know you needed. From a musical perspective the outlook is looking good.