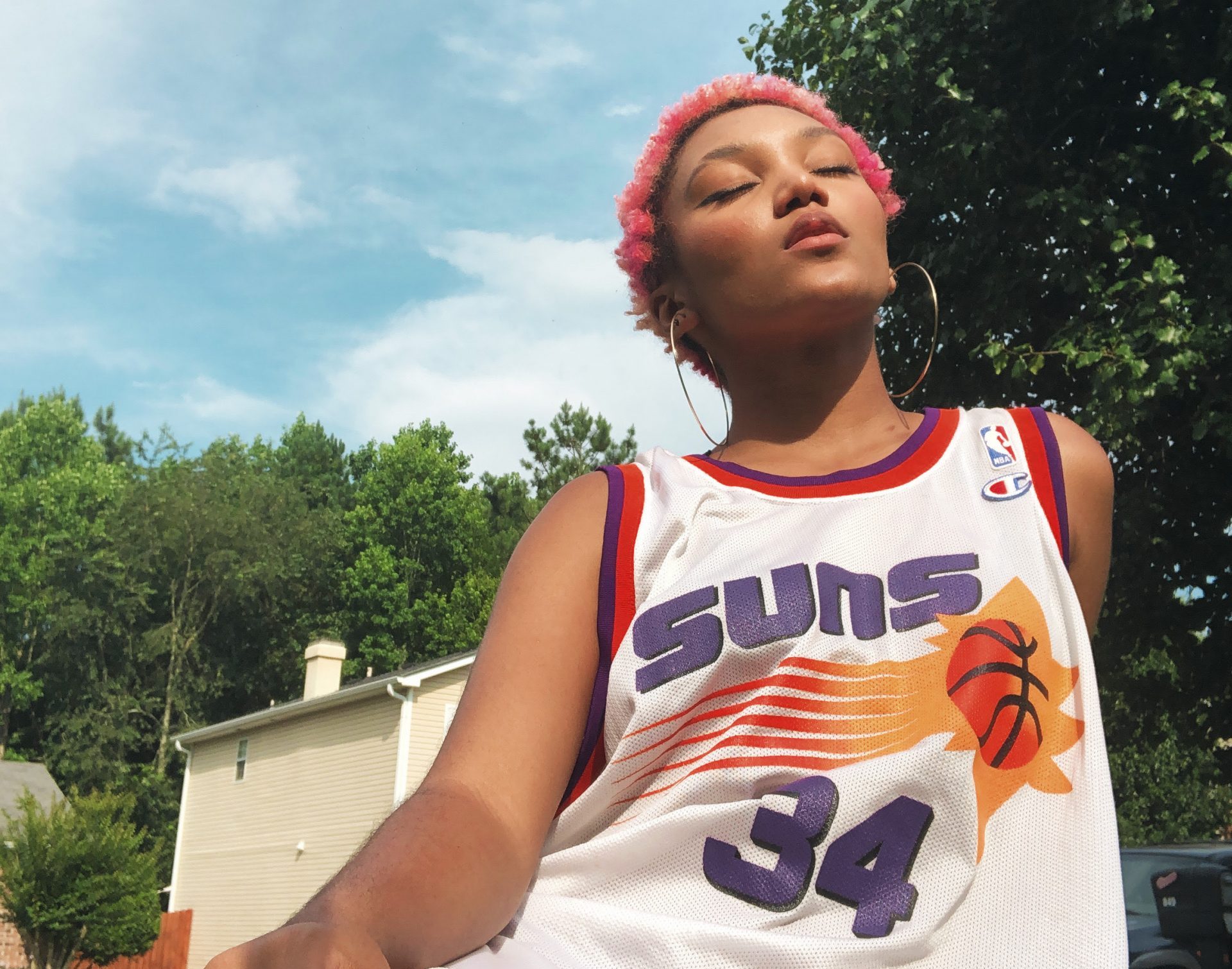 Last year, the multitalented Jordan Kristine Seamón, who goes by the artist name JK, released her debut album, Identity Crisis, and proved that she is a true chameleon. At the beginning of September, the world got to see two sides to the young star. Around the same time as her album, she catapulted into the spotlight for her critically revered breakthrough role as Caitlin Poythress in Luca Guadagnino’s drama series We Are Who We Are.

At just 18 years old, JK has many layers to her and showcases her versatility as an artist on Identity Crisis. Even though there appears to be an overall ’90s vibe going on throughout the LP, it does include a variety of production.

Identity Crisis takes listeners on an emotional rollercoaster while showing off her rich and soulful vocals. “the one for me.” is one of the more carefree, uplifting, and light-hearted bops that is about falling in love. The song feels like an ode to the disco-pop sound that has made a popular return recently. As the record continues, we soon learn that someone has done JK wrong as she explains on the spoken-word voicemail introduction to “thnx.” that this person has “fucked them up.” “CONTROL,” which features rapper NickkThaGxd, soon hears JK trying to take charge and move on from a situation as she continuously expresses she is “done feeling sad,” leaving the album closer “druggin u.” on a dramatic note.

The real standout on the 10-track release is the beautiful “her shadow.” a mesmerizing and enchanting song that seems to be the most personal. Its powerful storytelling lyrics draw you in and are real dark: “She’s all I have, she’s all I know. Her mask is my shadow.”

JK has self-directed a documentary that will show fans the making of the album and stars rapper Kid Cudi and actor Jack Dylan Grazer. With it being released in the upcoming weeks, she has already teased her audience with a trailer. Watch it here and listen to the album below.