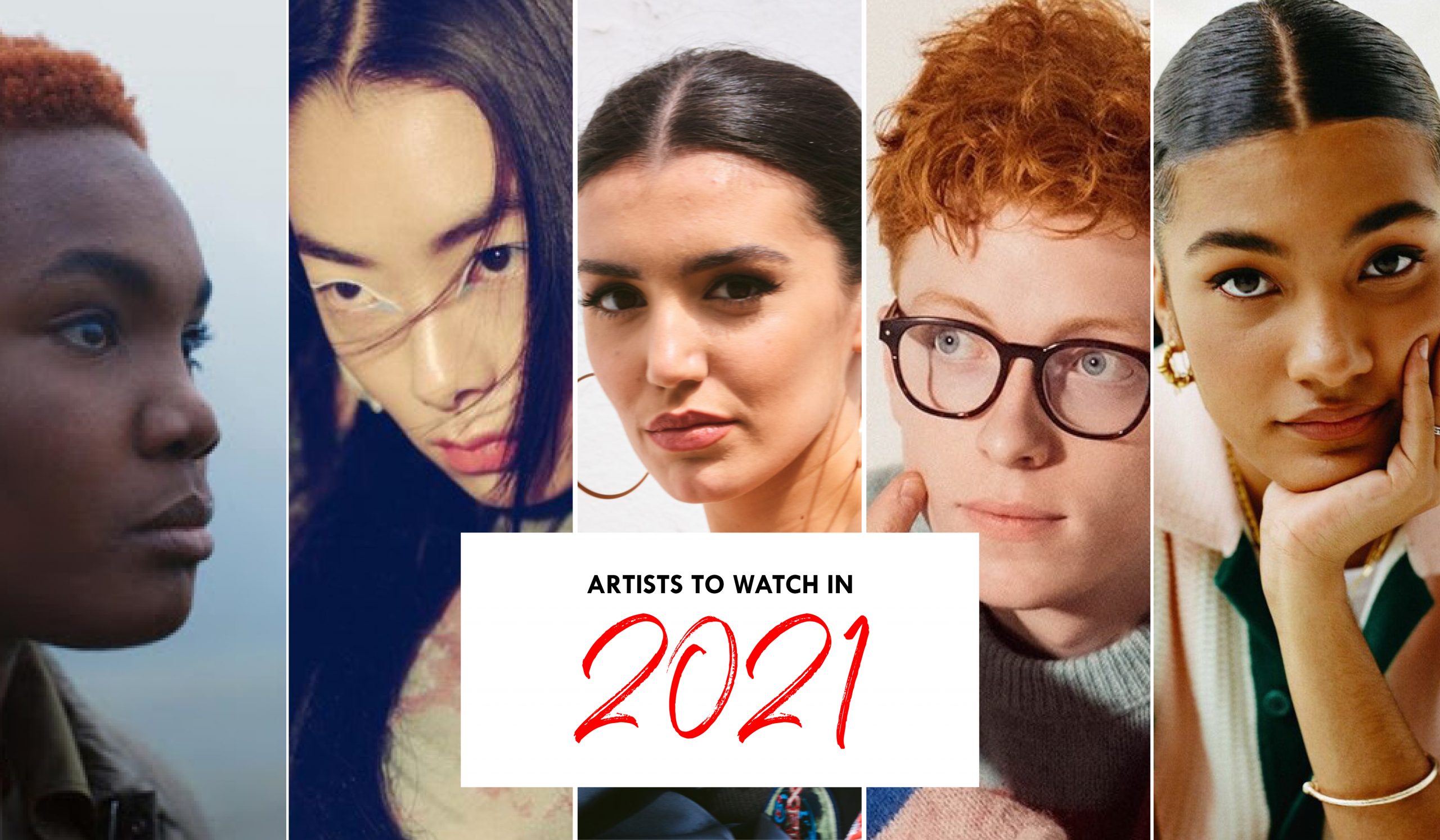 Now that we’ve got 2020 behind us, we’re looking to the year ahead and all the great music on the horizon. That also means we’re excited about some artists on the rise that we think (and hope) are going to have an incredible year. Whether or not live music returns this year or not remains to be seen, but we still expect big things from the music industry. Ahead, we’ve chosen a handful of artists that our staff is excited to see more from — check them out when you keep reading.

Arlo Parks has one of the most stunning abilities to tell a story through song that I’ve ever seen or heard. Not only is her voice pure and soothing, but her lyrical prowess is unmatched. The British singer has been slowly winning fans over during the past few years, but I firmly believe that 2021 is going to be the year where everyone learns her name and plays her music. They will all be so happy they did, because every single emotional word she sings is perfection. – Hedy Phillips

North Londoner Mae Muller is a tried and true one-track mind of everything whimsical, flirty, and feminine defining pop music in the modern era. In an age of Y2K revival, Muller serves a Lily Allen-esque aura that finally fills a void within the industry that’s practically begging to top the charts in 2021. She’s a trendy yet classic starlet–a young singer who can likely find a quick rise to superstardom and truly make a lasting impression viable for decades to come. With just two years of experience under her belt, she’s somehow managed to blast her career into the big leagues with a methodology only those gifted with a musical Midas touch could manage. Muller has consistently fed her rapidly growing fanbase following 2019’s debut album Chapter 1 and 2020’s no one else, not even you EP. Will we see Chapter 2 in 2021? Fingers are crossed! – Jordyn Halpern

Olivia Dean is an incredibly talented singer and I love the EP What Am I Gonna Do on Sundays?, so can’t wait for a full album of soul-pop goodness. – Saskia Postema

GRACEY’s already an industry heavyweight, with songwriting triumphs to her name, for the likes of Rita Ora, Tiesto, and RAYE. However, last year saw the London-based, 22-year-old, dominate airwaves herself. Her team-up with fellow-Brit, 220 Kid, “Don’t Need Love,” was a UK Top-10 smash. She ended the year dropping her first mini-album The Art of Closure– synth-heavy pop that’s as good when it’s lovelorn and ruminative (“Care Less,” “Alone in My Room”), as infectious (see Alexander 23 collab “Like That”, “99%”). With pop-star prowess for days, she already has a devoted legion of fans transfixed, and many more look set to join them in 2021! – Andrew Wright

Set to be the UK’s finest new musical export, Rina Sawayama’s latest album has been on the lips of almost every high-flying music giant, with Sir Elton John leading the charge. Noting her new body of work as one of the best from 2020, and even gaining support from the likes of Queen of Bops Dua Lipa, there’s a bright future ahead for the British star. As for Sawayama, the latest chapter in her music catalog, it moves from pop to bop to a touch of heavy metal in… well only a way Rina Sawayama can. – William Connolly

Picture this: Walking into a basement dive bar, lights low, and a mobbed house of eager partygoers are packed like sardines from wall to wall with drinks in hand. At the head of the venue is a textbook definition quirky, indie teen rocking a stage with the soundtrack of your glory years. His name? Alec Wigdahl. After signing a deal with Internet Money Records and debuting a carefully curated professional catalog of chart-toppers, the star-to-be rounded out the 2020 year having amassed nearly 7 million streams (and counting). Backed by a troupe of loyal, eccentric fans equally as lively as Wigdahl himself, the Minneapolis native holds both the credibility and potential to ignite the indie-rock genre like wildfire in 2021. – Jordyn Halpern