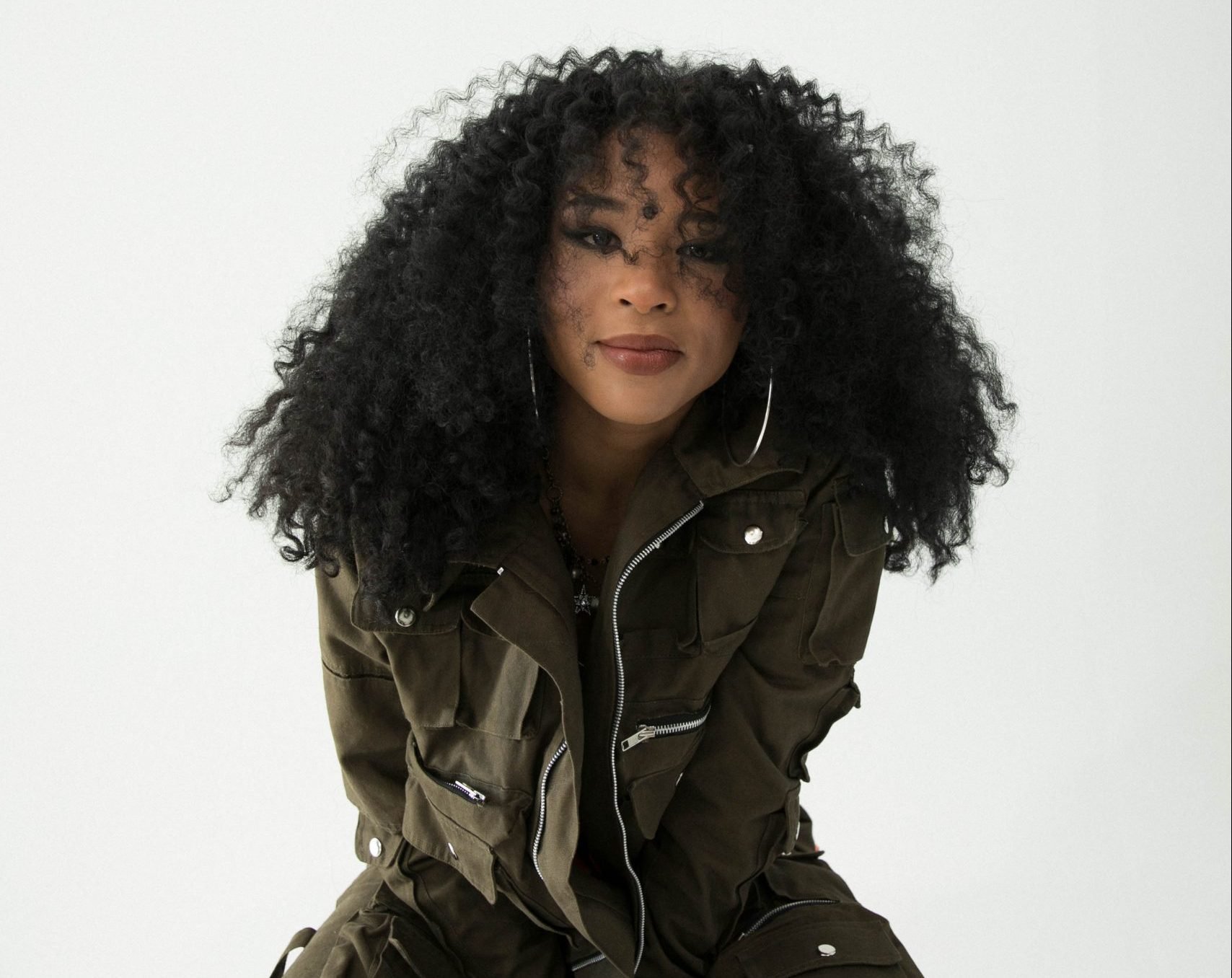 This is the year of the 17-year-old girl in music. And if Olivia Rodrigo’s hit song “drivers license” hasn’t convinced you yet, there are plenty of teens on the music scene this year that are demanding to be heard with raw and authentic talent that transcends age and brings audiences together. Ai Bendr certainly is among this stunning up-and-coming group with heart in her music that’s sure to win you over. Through her colorful fashion sense (some of which she’s designed and created herself) and her relatable lyrics, Ai Bendr is showing the type of bubbling potential that needs to be on your music radar for 2021.

The Michigan-turned-Los Angeles-based teen said that she went from recording songs in her parents’ boiler room with couch cushions for sound insulation to seeing her song “Love Me Low” land on the soundtrack of HBO’s iconic series Euphoria. Yet despite her fast-paced year of success in 2020, Ai Bendr says that she isn’t too interested in becoming a celebrity. In an exclusive interview with EUPHORIA., the singer said that her biggest goal is to simply share her passion for music with everyone else.

For me personally, it was a really wonderful year. I mean, it didn’t go at all how I expected it. I was in school at the beginning of it, and then we were being sent home from campus. I went to a boarding high school and that was my last year and I didn’t get a graduation. It was OK. It wasn’t that big of a deal. I mean, that’s when I released my single “Love Me Low” and ever since then so much has been happening for me in terms of music and my career as Ai Bendr so this has been so exciting for me. Such a great way for me to start 2021 so I’m very very happy.

So tell me about how you got into music.

I’ve honestly always really loved writing music. It’s just been something that I’ve always done even before I was a singer. So I used to play flute for seven years, starting in fifth grade and even then when I was playing the flute, I was always trying to compose songs. I had always loved singing too but my family didn’t really approve of that kind of route so I wasn’t really able to go that much into songwriting until I went to high school. And like I said, I went to a boarding high school so I was able to have more independence there. I taught myself a couple of instruments and that’s kind of how I started.

You mentioned that your parents weren’t supportive of your musical aspirations at first. How did you cope with that and have they come around since?

They really support me now, which I’m so grateful for because having your parents support you is not something to take for granted whatsoever. But coping with it obviously made me upset but it never really stopped me from doing it anyway. It’s so funny because when I was growing up and whenever I would just start singing randomly in the household, my siblings would get so annoyed and they would tell me to shut up but then I would always eventually just start singing again just out of nowhere because that’s what I was compelled to do. It was just something that I don’t think anyone could have stopped me from doing. You know what I’m saying?

Definitely. So I understand that you’re originally from Michigan. Does your home state influence your music in any way?

Not really. A lot of people ask me about that just but I’m technically from so many different places. I’ve always sort of thought that even though where you’re from matters, it doesn’t necessarily make you who you are. My songs are very much so influenced off of emotions and my personal life experiences. I feel like they’ve become relatable because they’re kind of like universal experiences that every person has been able to feel.

How’s it been since you’ve moved to LA? How are you liking it?

It is so exciting. As soon as I got here I went to shoot the “Love Me Low” music video and do all these things for music and upcoming releases and future projects and stuff. It’s really been like a dream come true. I’m just incredibly grateful.

Yeah, so I was absolutely not at all rich growing up. When I wanted to make music, actually recording it is kind of expensive so basically I decided to make do with what I had. I pirated Logic, which is the software that you make songs on and I went to my parents’ boiler room in the bottom of our house because that was like the best insulated place for soundproofing, and I would put up couch cushions next to me as I was recording my music just so I could get the best sound possible. It kind of worked considering that I really had some ass equipment. That’s where I recorded my other single “Runaway” too. (Laughing) Now I have upgraded.

(Laughing) We love that for you. So did you ever imagine something like this happening?

I imagine it all the time. I can’t stop imagining it. It’s not necessarily a thing where like I can’t believe that this is happening but it’s more so that I am just so overwhelmingly grateful that this is happening. Like I just feel so lucky and so honored that people enjoy my music and that they love my music as much as I love making it. It’s just like “are you kidding me?” This is literally what I love. I’m just…I’m beyond grateful.

If you remember, walk me through the moment that you found out that the song was making it to Euphoria‘s soundtrack.

It was the most casual thing. I remember because it was literally just so out of nowhere. I was just chilling, like, watching a TV show and the producer that I worked on “Love Me Low” with, he just texted me so casually. He was like, “Hey Chioma (that’s my real name), when you have a minute give me a call. “Love Me Low” is gonna be in Euphoria.’ And I spammed him like crazy because I was like, “You can’t just say that!” I actually remember too because I went on a long run afterward because I was hype. I was very excited. Euphoria is one of my favorite shows. I don’t even watch that many TV shows and I like Euphoria. You know what I’m saying? So I was like “yeah, that’s pretty cool.”

Congratulations again! So for the new year, what can we expect from you? What are your plans and goals?

Oh my gosh. I have really big plans for 2021. I’m really excited. I’m going to start releasing a couple of singles. I made so many demos over quarantine and I’m so excited about them because I genuinely think they sound really good and I think people are going to enjoy them. So you guys can expect a few singles and then a project this year.

2021, I’m already putting this into existence: This is the year for young girls in music. So for those with stigma who may say you’re too young or who don’t take you seriously, what would you say to them?

Well, I think that that’s silly. Music is just so universal. That’s what I love about it. Different people can make a song and it can relate to all sorts of people. It can connect all different kinds of people and I would hope that that’s kind of what my music is too. You know? I know that I’m one certain kind of person in the demographic but I think a lot of people will be able to relate to my songs and will be able to enjoy them. If they just give it a listen, I’m sure they’ll like it.

Well said and I completely agree. What advice would you give to other young girls who are looking to get into music?

I think, for me, starting out was just something that I loved to do. Like if I didn’t do this I was going to be sad. But basically for any outlandish dream, if you love it then you just gotta go for it. If it’s gonna make you happy then just do it. And I really think that if you believe in yourself 100% then there really isn’t anything that can stop you.