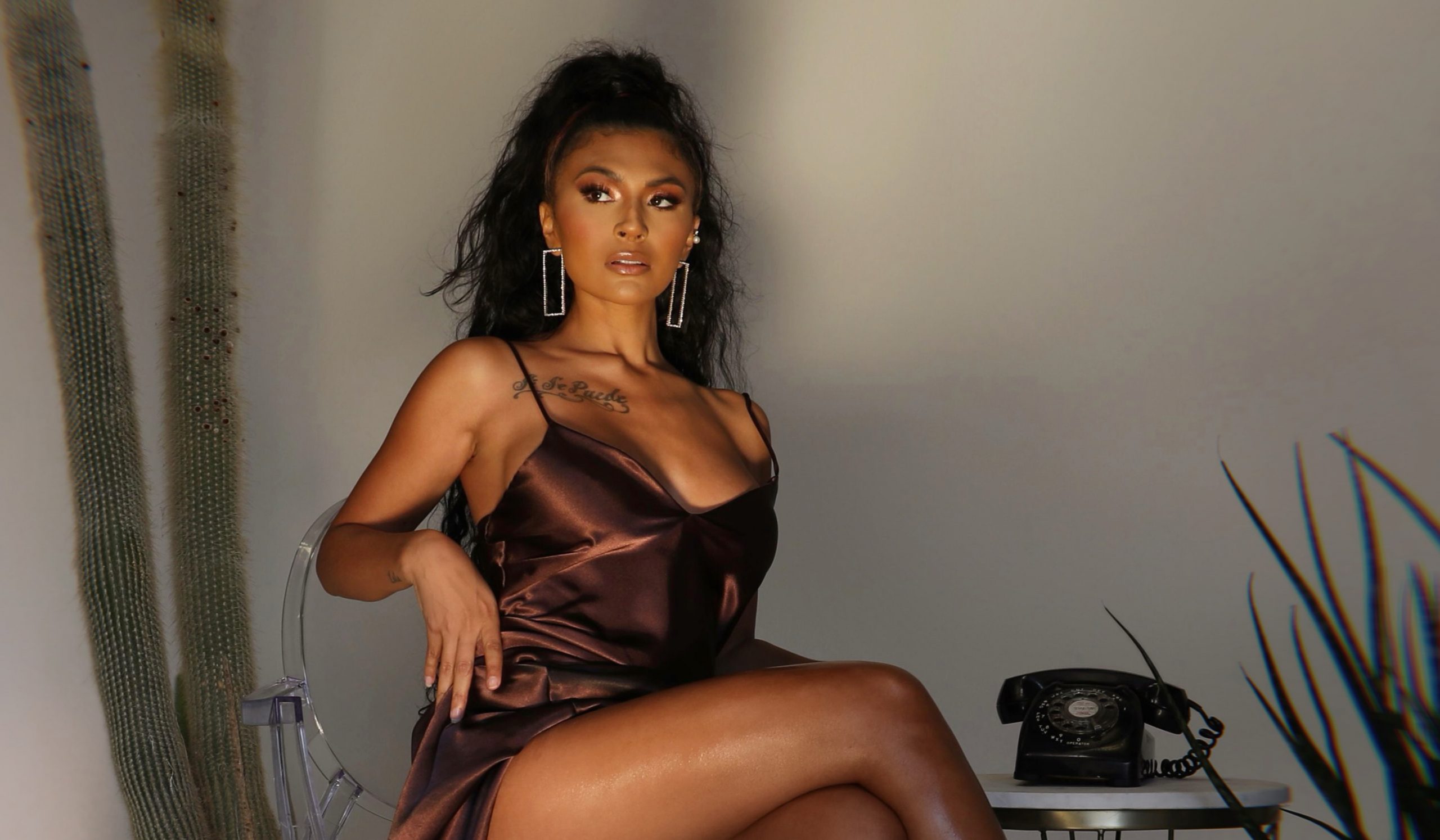 After rising to fame in 2006, Paula DeAnda became the poster girl for a lot of young boys and girls. Her debut self-titled album, which will be celebrating its 15th anniversary in August this year, scored herself two gold singles in the US and saw her working with the likes of Baby Bash, Lil Wayne, Ne-Yo, and Christina Milian. Her signature single “Walk Away (Remember Me)” remains her most iconic song and continues to rack up the streams, currently hitting over 24.2 million plays on Spotify alone. DeAnda reveals that there isn’t a day that goes by where someone tells her how much they love and relate to the song.

The 31-year-old is really focused on making a new full-length record and admits she’s up for the challenge of topping her beloved debut. DeAnda spoke to EUPHORIA. via Zoom, where her adorable dog kept making an appearance. In between us fanning out over other 2000s stars — JoJo and Stacie Orrico — we talked about her journey to becoming a star, what it was like having success at such a young age, her long-awaited sophomore album, and what she hopes will become her next single. 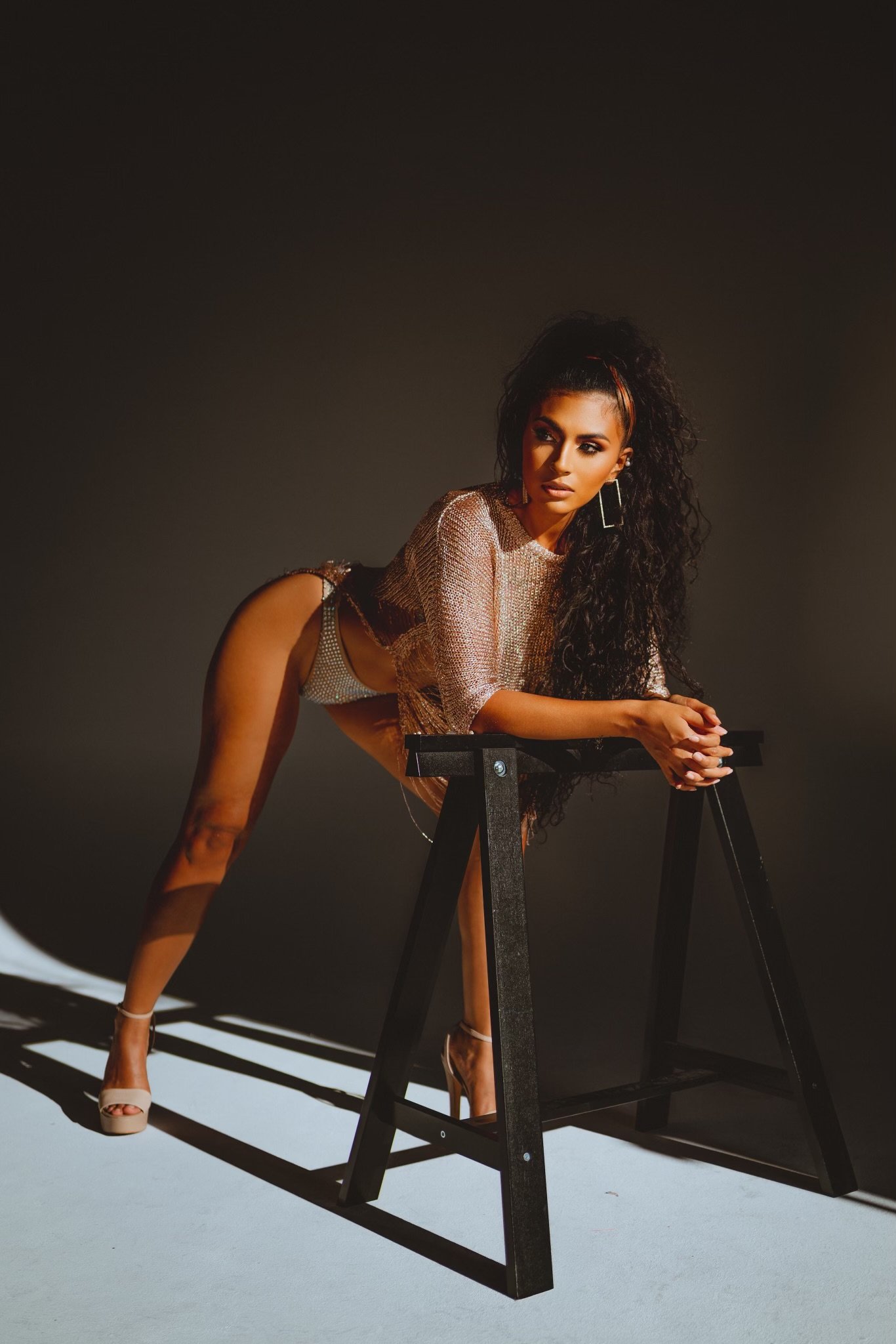 After writing your debut single, “Doing Too Much,” at the age of 15, did you have a feeling back then that this song could be a hit, or did it come by surprise?
I was so in the moment of creating music and have been singing a lot from a young age. I would end up recording my first demo, so it’s always been a passion of mine. I guess for me when I was in the studio, I was like “wow, this song is amazing, I love the harmonies.” I like this song, I hope people like it. I didn’t know people would love it like that so now I’m the “Doing Too Much” girl. (laughs)


The success helped you get noticed by Clive Davis, who signed you at age 16. At the time were you aware of who he was and how impactful he had been in the industry?
I was not and it’s so funny because someone was Twittering with me the other day and they were like “you didn’t know who Clive was?!” and I was like no… I had no idea. I had heard of his name but I didn’t know what he did in the music industry. And then when I finally auditioned for him after that people said “Did you know he signed Whitney Houston? Do you know he works with Alicia Keys?” And then I was like “WHAT?! And I just sang in front of him!” I remember that like it was yesterday, I walked into the big office. It was kinda intimidating, but I thought, what do I have to lose? I was singing to everybody, I was pointing to him and I was doing all these moves. I guess they liked it and it changed my whole career.

I read you signed an eight-album deal, is that correct?
It was supposed to be a five-album deal. That obviously didn’t happen. Politics got in the way. Clive was no longer the CEO for my second album that I was working on, it never got released. Unfortunately, my A&R passed too, so there were a lot of people switching here and there and coming and going from the label. You always hear those stories and think that it’ll never happen to you but, it happened! (laughs)

You would go on to release your debut self-titled album that featured more hit singles. Looking back, do you feel the album represented your teenage self well or did you feel the pressure to make commercial music for the charts?
I did feel like it reflected me a lot because I was in a long-term relationship, so a lot of things I was singing about actually happened. You know what they say, manifest what you do, what you say. At the time when I wrote them, I kind of like was writing off of my own experiences, and then, here you go, here I am: the girl who is doing too much, the girl that is finding it hard to walk away, and “Footprints on My Heart,” all those that were on my album, basically I went through. 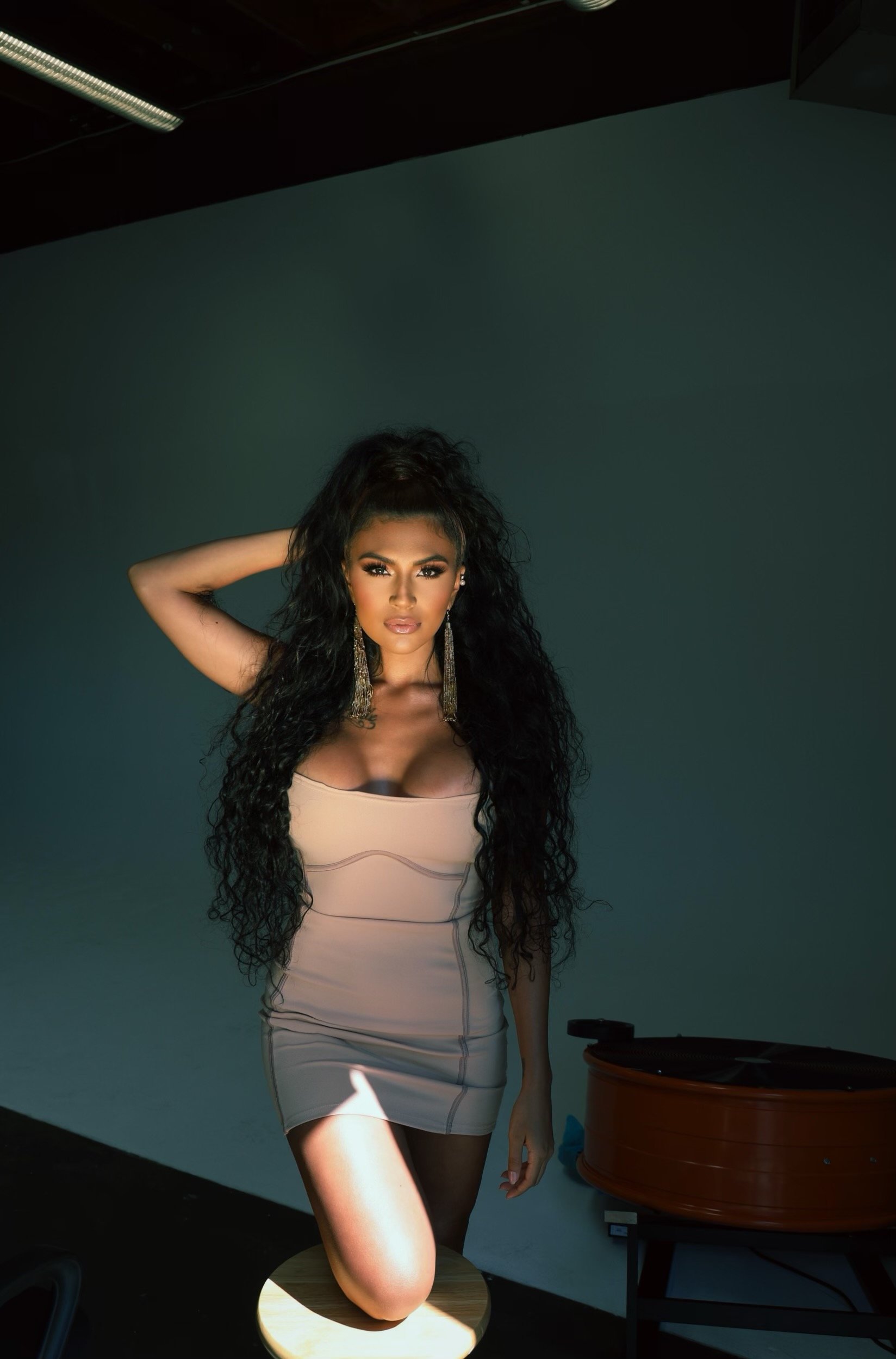 What was it like having success at such a young age? Were you able to take it in?
I think there were moments when I could take it in. I don’t think all the time when you have to be on and going and going, so you’re not really looking at yourself. If I could look at myself then now, I would be like “don’t do that, stay focused! don’t give in to those people, don’t go to that session,” you know, those types of things. I think that all the experiences that I went through made me who I am today.

And like you said, Clive departed from the label and you also parted ways with the label. You have since become an independent artist. What made you want to go down that route? Was it hard doing everything on your own initially?
I feel like it was hard because you go from such a crazy caliber of music and people that you’re working with to being OK, this is gritty and grindy. There are people who are probably not going to work with you because I know a lot of people wanted to work with me when I was on a label, but I couldn’t because of the whole politics. So, it’s just crazy what you see. Again, I’ve learned so much through this process. I feel like I’ve become stronger as an artist and I’m more business savvy too. I’m still learning every day but that is one of the things that makes me go “Ohhhh, so that’s what it took to do this.” A lot of the time, it was, show up, do your thing, be the artist that you are. Now I have to be the artist, the behind the scenes, and everything else.

What is something you know now that you didn’t know the first time around that has helped you with your career?
The business side. (laughs) There are so many people put in place that you have to pay and it gets crazy if you don’t know what anyone is talking about or where the money is going. That was one of the red flags toward the end because a lot of people were saying they weren’t getting paid and it fell on me to pay however many dancers there were, my DJ, my manager that took 20 percent, so, in the end, it felt great not to pay anyone. So now, when I release something independently, it’s me and the writers who get paid and that’s it. Nobody else!

In 2014, you decided to audition for The Voice. What made you want to be a contestant on the show?
Well, my mom is a huge fan of that show and she always pushes me to do more things like that. I really didn’t wanna do it at first because I felt like people would judge me, which obviously they are gonna judge me no matter what. So, I was like, I’m gonna do this to prove to myself that it’s an experience I can go through, that I can see what I want from it and what I can get out from it. And really, it just showed people I was still singing. Even with everything that has gone on in my career from such a young age, I still go back to that as my everything.

After the show, you have continued to release music independently and have most recently dropped your latest single “Freaky,” which is a more mature/sexy sound. What inspired the song and how long ago did you write it?
The song has been mine for a while. I like to find artists and writers that I really vibe with. These guys kept sending me demos and I’m like wow, I need to record all these songs. I don’t have enough time to record them all but when I announced I was making another album, I was sent this song, and automatically I thought it was such a cool track. It really represents me as a person. I feel like a lot of people see me as the 16-year old that is just so cute and cuddly. Now that I’m older and more mature, I wanna speak on topics like that.


You’ve spoken about hoping to release an album this year. How is that going? Do you have enough material you’re confident with?
I have a song that I really, really like that is a Spanglish song that I just did. I need to finish up the second verse. It was just magic in the studio. I was like wow, I need to do this again. I need to collect all my songs and use all my resources to give people what they want. Obviously, I want that too and I just feel like now is the perfect timing because there are no shows and nothing else distracting me apart from doing music.

Is “Freaky” a good indication of what the rest of the album is going to be sound like?
No, I wouldn’t say that.

Have you already got more singles already planned?
The Spanglish one I was just mentioning to you that I really, really love, I want that to be the next one.

The music industry has changed a lot since you debuted on the scene. Making playlists and streaming numbers are what a lot of people seem to focus on. How important are those things to you?
I come from that era where it was important too but I felt like it was so different because people loved the body of works. Right now, it’s just single after single and novelty records or something that pops on TikTok, which is cool but I know that my hardcore fans and supporters really want a piece of work. They want to listen non-stop and not have to skip a track. That is going to be my goal for the album, it’s going to have to live up to the first album. I’m up for the challenge.

On Twitter, you asked your followers what female artists they would like you to collab with. Does that mean fans can expect an exciting feature soon or were you interested to see what they would suggest?
I wanted to see the suggestions and obviously, if I can make any of those come true, I will. JoJo has always been a really good friend of mine in the industry. I love her voice, I’m obsessed with her voice. Kehlani, Tinashe, and Ariana Grande were also suggested.

I see on a lot of your old music videos people commenting that you were the original Ariana Grande. Do you get compared to her?
I have gotten that and I don’t mind it. They used to compare me to Mariah Carey a lot, so I know when Ariana came out everyone was saying she was the new Mariah. Again, not a bad comparison.

Are there any artists that have really inspired the new material?
Today, I have been listening to music on Spotify, trying to get to know new artists just to see the temperature I guess. I feel like I shouldn’t listen to anything else once I do get into the studio. I don’t wanna have any other influences because they will stick in my head. I can memorize a melody and it will stick in my head forever.

And lastly, have you set yourself any goals you would like to achieve this year?
I do wanna do more visuals for sure. The last one for “Freaky,” it’s an amazing video. It’s cinematic. Again, it’s me now so it’s sexier.