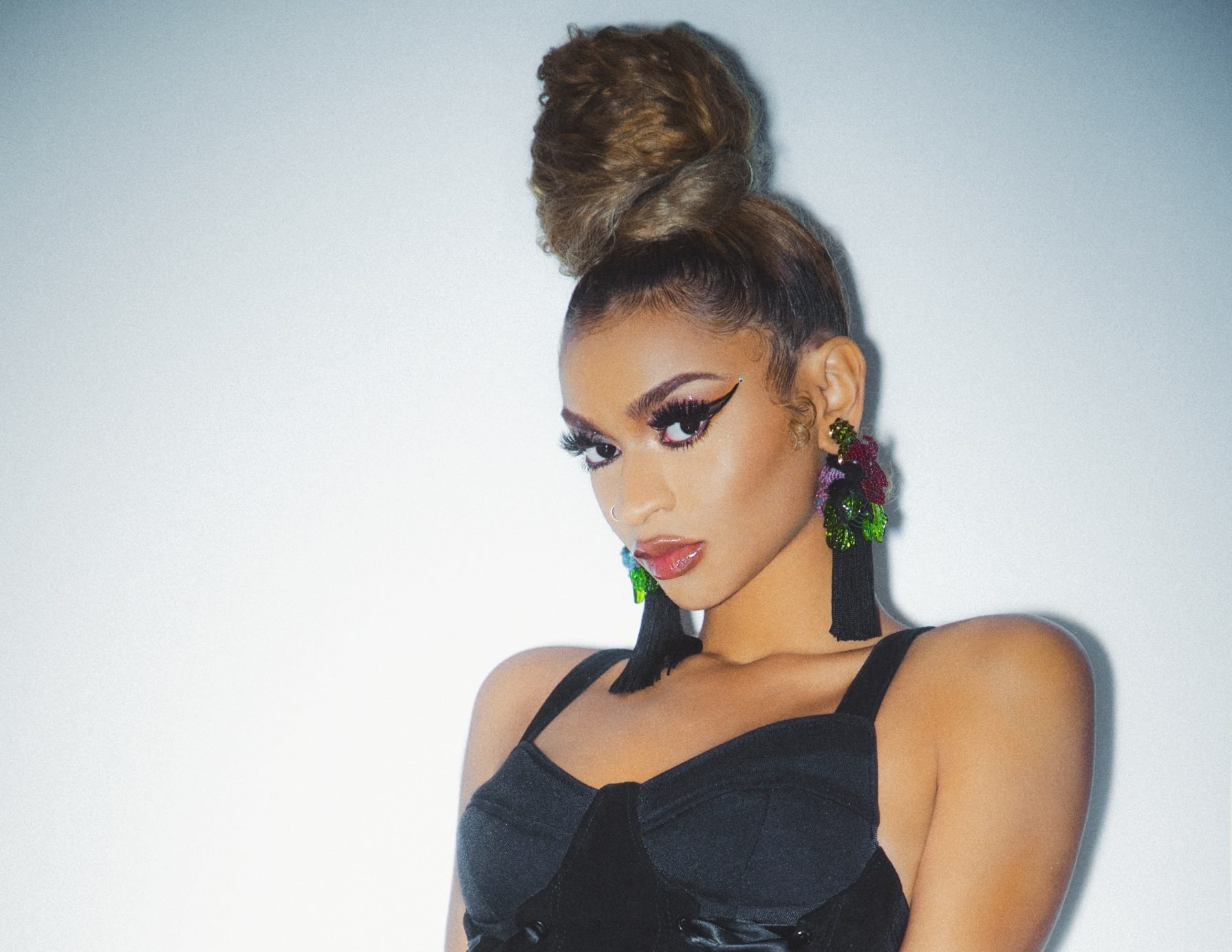 Speaking to Melii on the phone was one big back and forth jazzy improv stream of consciousness sesh filled with some laughs and a few lines of poetry spoken mostly by her. When asked where in the world she was right now, she replied, “laying low out here in Miami where the sun is always shining, the weather always nice — where you at in the world?” And from Miami I went straight to the subject of Harlem, a place I’ve cherished as an ex-New Yorker who spent most of her time in jazz clubs swinging uptown, something that Melii knows all too well.

Attending Thurgood Marshall Academy, a school heavily influenced by jazz, history, and social change in the heart of Harlem, right down the avenue to Apollo Theatre — Melii explained you can’t get a better education than that. Melii grew up in the projects, riding her bike around the neighborhood, hanging in front of bodegas, playing kickball at the playground, shopping on 125th at Jimmy Jazz, soaking up all that the community of Harlem had to offer.

The 24-year-old artist remembers her childhood as being associated with music, hence her strong ability to express herself by it. She remembers elementary school doing African dance. She remembers learning the drums. “Drums are a thing in Harlem, like, you know, you go up 125th Street, you’ll hear drums playing, you see the African patterns,” she says as she explains the many memories of dancing at the Apollo as a kid and all the funny personalities and characters of her world back then. I would also like to note that she finds jazz to be peaceful, a medium I’ve always found hectic and erratic, but her ability to find peace in it, shows us her cool personality, her knowledge of the history, and her influence from the community of jazz she grew up in.

Now Melii shares her time among a lot of places, but most recently LA, a place she finds to be extra — “but coming from Harlem we are extra too, so.” She explains the subtle differences, like the fact that there’s always big black cars everywhere and studios each way you turn. I explained to Melii my addiction to watching hours and hours of YouTube videos of LA’s Millennium/Playground dance classes, and how the first time I heard of Melii was Nicole Kirkland’s heels class video with Jade Chynoweth to her song “See Me.” 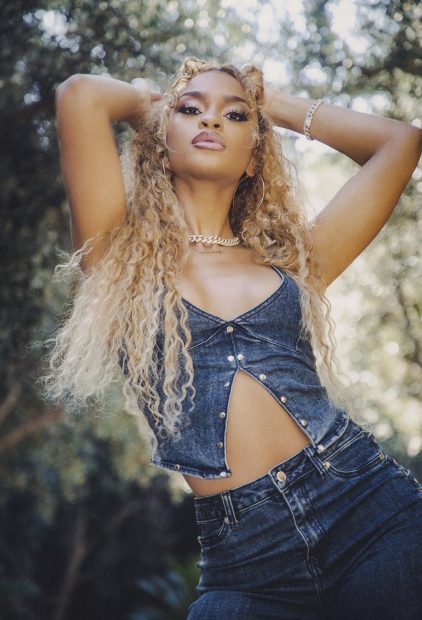 I said: “You know you made it when there’s a dance video about you.” She laughed and told me that she actually worked with dance baddie Kirkland during her first tour, and we agreed we would take a class with her in LA someday soon (I won’t forget this promise, Melii).

“Nicole was one of the first dancers to teach me choreography for the stage – at one point there was mad people doing dance videos, so Nicole really fucking with me and really going out of her way to do that video was dope because after that I saw people from London, people in Europe, people in Japan, people around the world dancing to my music.”

The Harlem native is here to pave her way in the hip-hop world, and we are ready for it. Her recent collab with 6lack is the bad bitch anthem we’ve been waiting for. Melii told me how when collaborating with an artist, you really have to cater to their sound while staying true to yours, so originally, she had pitched a song to 6lack but it wasn’t a match. “You Ain’t Worth It” was the second wind, which sometimes ends up being better.

“You Ain’t Worth It” is a sharp lyrical bad bitch song with lines that cut straight through into your soul. Melii’s poetess side comes out strong in this song with lines like: “Using trauma as excuses for your lack of effort.” I told Melii that this line shook me, that I’ve been there, that I know this guy. She replied, “That line was for exactly how you felt. I’m pretty sure every girl whose been in a relationship, a toxic relationship, has dealt with a man who thinks he knows it all.”

She added, “Don’t let anyone talk you out of your feelings.” Then when I asked Melii about the next line, “or give advice on mental health like you the fucking expert,” which had me reminiscing on all the people who tell me how I should be taking care of myself, she responded, “like shut the fuck up; their life be in shambles behind closed doors.”

Nothing ever rang so true. “You Ain’t Worth it” was finished in one session. She said, “My fans always hit me up, like, you know you got me through a breakup, or, bitch, you make me feel like a bad bitch,” so this was a song to kind of pin up the guidelines of what a bad bitch is.

The music video for the duo’s song is a crazy fun ’90s-inspired vibe shot in LA. I asked her what it was like working with a female director Des Gray. “Des herself, she has great energy,” Melii laughed. She continued, “Not gonna lie, it was a long-ass fucking day,” but she was happy to have Gray around because she gets it. Melii said, “Not to be biased, but men are like, ‘Oh, we gotta get it over with.’” But “You Ain’t Worth It” deserved all the female attention it took. The long, elegant yet energetic styling of Melii scene by scene is *chefs kiss* perfection. Kudos to the stylist on that.

I asked Melii what she has learned about herself during quarantine and she took a second and said: “I learned that I am a … I’m just that bitch.” The young glowing musician has been working on connecting the gap between being a bad bitch and an adult. “I can’t run to mommy, I can’t run to daddy. I really had to sit with myself and be an adult and say OK no more complaining.” She’s walking in her purpose and we are happy to find her there. She knows who she is and she’s a bad bitch. We ended our conversation with the daunting question: what’s next? And her answer? An album, of course.