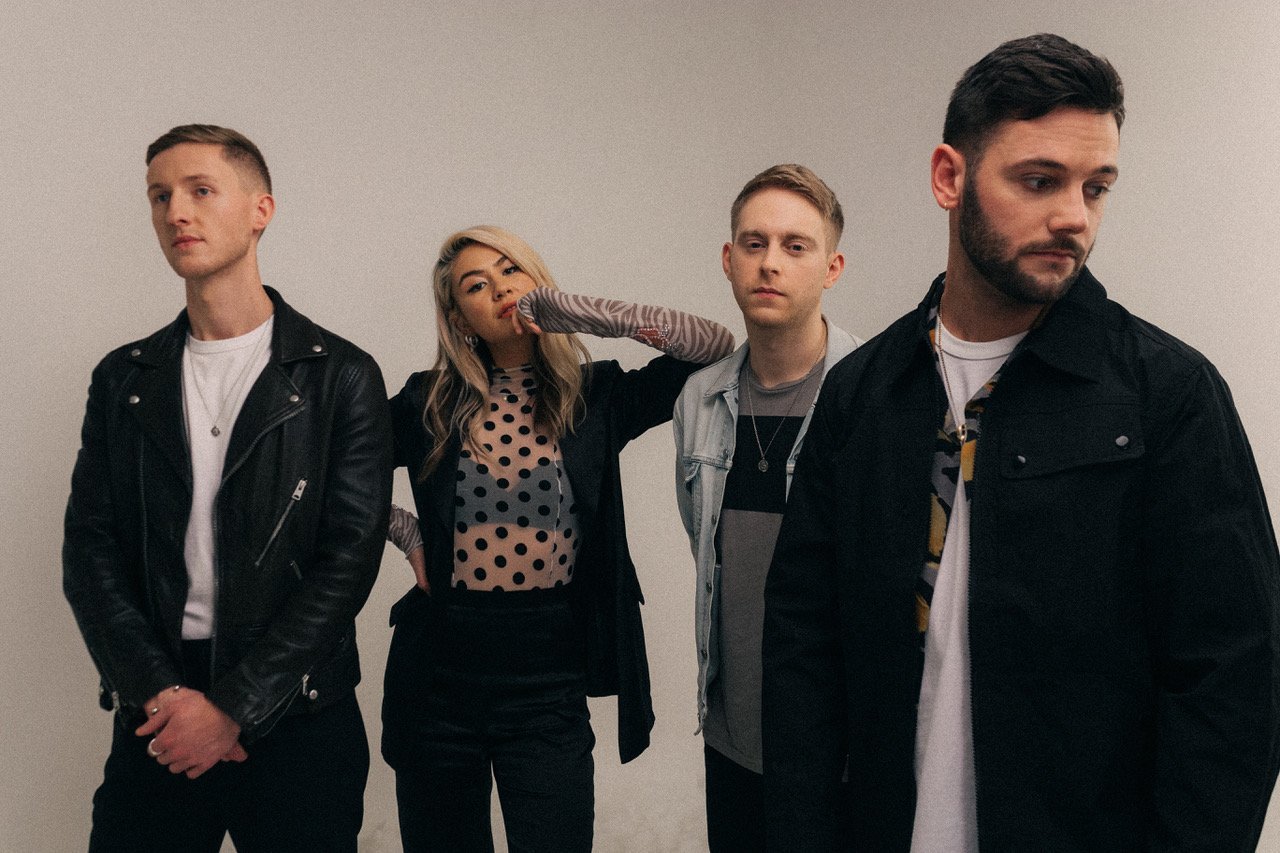 Synth-laden and brimming with optimism, Flawes are back with their first project of 2021, Reverie. The EP is due for release on Feb. 26 and is preceded by the project’s first three singles, “Holding Out For the Win,” “What’s a Boy to Do?” and “Higher Than Before.”


Made up of frontman JC (Josh Carruthers), drummer Huss (Josh Hussey), and guitarist Freddie Edwards, Flawes is the London-based band offering escapism in the form of a blissful EP that’s perfect for getting lost on cloud nine.

Flawes took time to talk to EUPHORIA. about Reverie, making music during lockdown, and their collaboration with Mali-Koa just in time for the release of their latest single, “Higher Than Before.”

Firstly, congratulations on the new singles and upcoming EP!  You guys have been releasing music for quite some time now — is it still just as exciting as ever to hear the response from fans and get it out into the world, or does the pressure build with each release?

Freddie: There’s always a bit of nervous anticipation, but on the whole, it’s a super exciting process! We put a lot into the writing stage and only ever release songs we truly believe in, so when new music connects with fans, it feels incredible. As our fanbase grows, there is a bit of added pressure, although I guess people wouldn’t be following our journey if they didn’t like the music we were putting out! Highlights was a slightly more nerve-wracking release in the sense that our sound had changed quite significantly since our earlier singles like “Don’t Wait For Me.” Our fans seem to really embrace the change though, and we’re really happy with the direction we took.

Your new EP, Reverie, is due for release on Feb. 26. Were the songs on Reverie written during lockdown, and if so, did that make the writing process more difficult for you as a band?

JC: Yes, I guess the Zoom writing sessions took a little bit of getting used to, especially when working on songs such as “What’s a Boy to Do?” with producer Keith Varon, who is based in Los Angeles and there’s an eight-hour time difference. Also, not being in the same room as each other when coming up with parts to songs involved a lot of trust in each other when sending those Logic projects back and forth between us.

Live music has sadly been taken away from us for about a year now, but it will hopefully return in some capacity during 2021. Can we expect some exciting shows from you guys as soon as it’s safe to do so?

Huss: You absolutely can! I think this is the longest we’ve all gone without playing a show since we were 12 years old! So, when we step back on to the stage, it’s going to be a pretty special moment. As soon as it’s safe to tour again, it’s going to be hard to get us off the road.

Live shows are obviously one of the most important aspects of an artist’s job, and you guys are known to put on some great gigs. So, when you’re writing, do you consider how the song will sound live, and what elements you can include to make it sound great in front of an audience? Or, do you just write the song however it comes to you and consider the live performance later?

JC: Thanks so much. Yes, playing live is the reason we do what we do. It’s where we feel most comfortable; there’s nothing that beats that feeling of people singing your songs back to you. I never like to put any rules on the writing process, especially at the very start of an idea. Only once the song is taking shape, and we are focusing on the production, do we think, “Oh this could be a great set opener if we do this,” or “How amazing would the breakdown sound sung back to us if we do this?”

It’s so common for people to see music as an escape from the stresses and strains of life, and people need that escape more than ever now. During lockdown, have you found creating music therapeutic when dealing with the emotions triggered by the pandemic?

JC: Absolutely, my coping mechanism was to limit the number of news reports I watched in a day to just one and to lock myself away in the studio. It was good to have a focus and having that safe space to escape definitely kept spirits up. All three of us have our own little home studios, so we have felt super fortunate throughout these lockdowns that we could continue

On “Higher Than Before,” you worked with the very talented Mali-Koa. How was it to work with another artist on the track? Do you feel like she brings an exciting new dimension to the song?

JC: We are big fans of Mali and knew her voice would sound amazing on “Higher Than Before.” So, we were so excited when she said yes. Collaborating with her was so much fun, and it was one of those sessions that was written in 20 minutes. Everything seemed to be going for us that day. We love collaborating with other artists, and we’ve previously released songs with Rozes and Sad Alex. I agree it brings a new dimension to the EP.

You released your album Highlights in 2020 — how would you say Reverie compares and contrasts to your previous work?

Freddie: As I mentioned earlier, Highlights was the first time that our music took a turn towards a more upbeat, feel-good style and I’d say that Reverie continues with that theme. We’re pretty optimistic guys, and a lot of the lyrics portray that in the EP; we’re always looking for the positive in any situation! We experimented with some new ’80s=inspired sounds in “Holding Out For the Win,” and “I Don’t Quit For No One” is a really intimate, stripped-back track that feels like a new dynamic for us.

“Reverie” means to be lost in thought — do you often find yourselves lost in a daydream or thought, and what do you do when you catch yourself getting lost inside your own head?

Huss: I don’t think I tend to daydream a lot, but I suppose being in lockdown has given everyone quite a bit of thinking time, which is really valuable. I have found it helps me put everything into perspective. What adds value to my life and what doesn’t? We usually create music when we feel a bit lost inside our own heads, it’s a good way to figure out what you’re feeling and let out any frustrations (especially on the drums.) Reverie was written for us to escape, as well as for the listener. We wanted to create a happy place where you can go and take time to think or to have a break from your routine. The videos are all linked together too and basically sum up a few months of funny ideas we had during lockdown.

Is being lost in thought something you welcome to boost creativity?

Freddie: Definitely! My fiance always laughs at me for going into my own little world during the writing process. Sometimes an idea will come to me, and I’ll be off with the fairies until I’ve figured out exactly what it is. Life is full of so many distractions these days, and it really can be hard to switch off from those. Airplane mode has been a lifesaver in the creative process! I think it’s really detrimental to any creative process to be constantly looking at a screen as notifications pop in. When I was at school, social media was much less of a thing, which allowed me to put a lot of time into becoming a better guitarist — I’m super thankful for that time!

Finally, 2020 changed life for most people, what are you most looking forward to in 2021?

Huss: Honestly, I think it’s getting out there and playing live shows again. We’ve been writing music the whole of lockdown, each in our separate home studios. It’ll be nice to play the drums without just my neighbors listening! The thought of getting back into a rehearsal room with JC and Freddie gives me chills, so that can’t come soon enough. Also, seeing my new niece Alice. She was born in November, and I’ve not met her yet, and no Zoom doesn’t count! So, I can’t wait to give her a cuddle before she learns how to walk, talk, and all the rest of it.