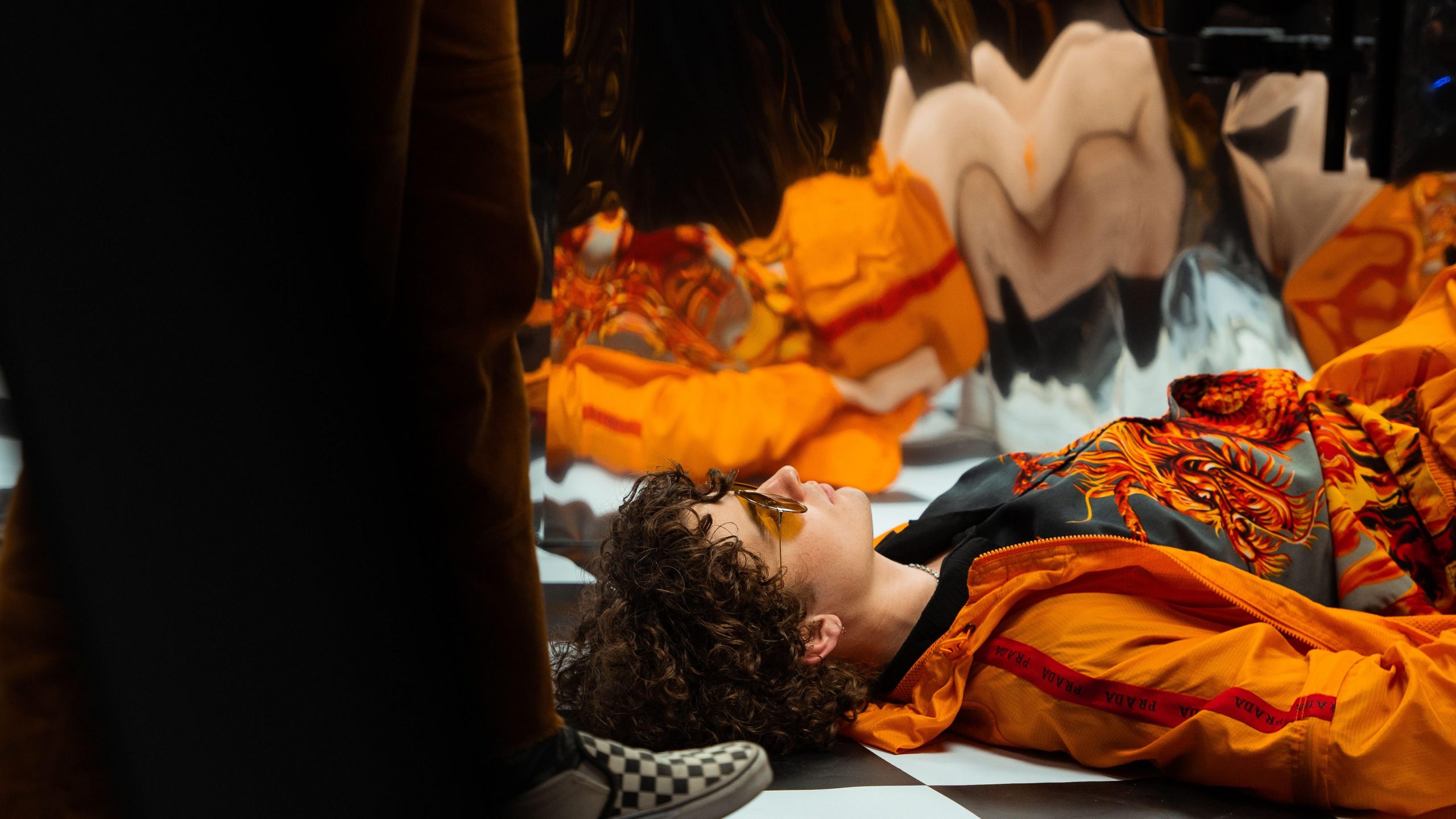 ASTN has been creating music for over three years and has continued to grow his fanbase. In 2020, the singer took a mini break so he could focus on taking his career to the next level. After gaining millions of streams on his songs, one thing he had yet to do, until now, was release a music video.

Late last year, ASTN dropped his most recent single, “LA Don’t Look Good On U,” and decided to create his debut video for the track.

“This was the first song I wrote after moving to LA last year… it’s actually written from the perspective I had [of LA] before I even moved [out here]. I’ve lived here long enough now to know that this city doesn’t change everyone, but it definitely swallows many,” ASTN said in a press release.

The young rising star spoke to EUPHORIA. ahead of the premiere about the story behind the video, what his plans are for the rest of the year, and what goals he has set himself.

Over the past few years, you have released a number of singles and a couple of EPs that have done extremely well on streaming platforms. Until now, you had yet to release a music video. Was there a particular reason for this and why did you choose this single to be the first?

I think I just had high standards for what I was after. I’m just now getting to the point where I feel like I can reach those standards. It also helped that everything seemed to come naturally with the visuals for this record. Nothing seemed forced, and that was very important to me. When the song was finally finished, I knew that it was the one that deserved a music video because I feel like there’s a deeper meaning behind it.

What was it like creating a video in the middle of a pandemic? Were there any restrictions?

There were definitely some challenges. The crew was very small due to safety reasons and that prolonged some of the filming, but overall it was quite smooth. I was shocked at how much was done in so little time.

Olivia Shapiro directed it — what was it like creating the video with her?

Olivia was amazing. We totally shared the same vision and she was so easy to work with. I was actually pretty nervous before we started shooting, but the entire crew was so cool, which I was extremely grateful for. I’ve never been super comfortable in front of a camera, and that’s something that Olivia really helped me with.

For those who have yet to check the video out, are you able to explain the story behind it?

Essentially, the video is about all the different perspectives of the music industry. Everyone sees it in a different way, whether you’re a part of it or not. We had a great time poking fun at the industry. LA is all about perception. To people outside of this city, everything is surreal. We wanted to paint a picture that included all perspectives and overall just really wanted to show what LA can really be like. We used three different personas in the video to depict how this industry truly works. The way fans perceive me is entirely different to how I perceive myself. The way the business side of the industry views me is different as well. Image and perception are everything in this city.

Who came up with all the concepts?

I gotta give most of the credit to Olivia and the crew. They handed it to me on a silver platter and we ran with it. Of course I had my input with some things, which was really cool to watch those ideas come to life. We were able to include some of my humor in the video, and that was very important to me. I’ve been wanting to show that side of me more in my art.

Are you hoping to make more music videos from now on?

Absolutely… my mind is already going a thousand miles a minute trying to find out what you want next. Ever since we finished filming, I’ve been watching more and more music videos. I want to start thinking with more of a visual mindset. That’s something I’ve lacked over the years, I’m ready to flex that part of my brain.

Is there one music video from another artist/band that stands out to you as a favorite?

“Coffee For Dinner” by Orion Sun is the first that comes to mind. I love how moody and apocalyptic it feels. It gives me the chills. I’ve always been a huge fan of comedic and satirical style videos, but it’s weird because that one is the complete opposite. It just really grabbed my attention.

What can fans expect from you next? Is an album on the cards?

I’m focused on taking it one single at a time right now. I want to be a project artist eventually. I just don’t think I’m in the right headspace to create that body of work that I truly want to create. I know every artist says this, but I honestly do believe I’m writing my best music right now. I had a weird 2020. I only released one single that was under the radar for most of the year. However, it was necessary to get to where I am now, and I know people will hear that in my writing.

The industry focuses a lot on streaming numbers and making playlists. How important are these things for you?

I would be lying if I said playlisting doesn’t mean a thing to me. In some instances, it’s everything. However, my fanbase is absolutely incredible and I know they got me… getting on playlists is just the cherry on top. I’m much more focused on building a community and fanbase around my music. Without that, the numbers aren’t there.

Have you set yourself any goals for the rest of the year?

I have… I want to work with more artists. I need to get out of my comfort zone and just go for it. No reason to be living in LA if I’m not taking advantage of it. I’m trying to be more genuine and honest with my approach as an artist. I don’t take myself too seriously. That’s just my personality, and I want people to see that side of me more often.