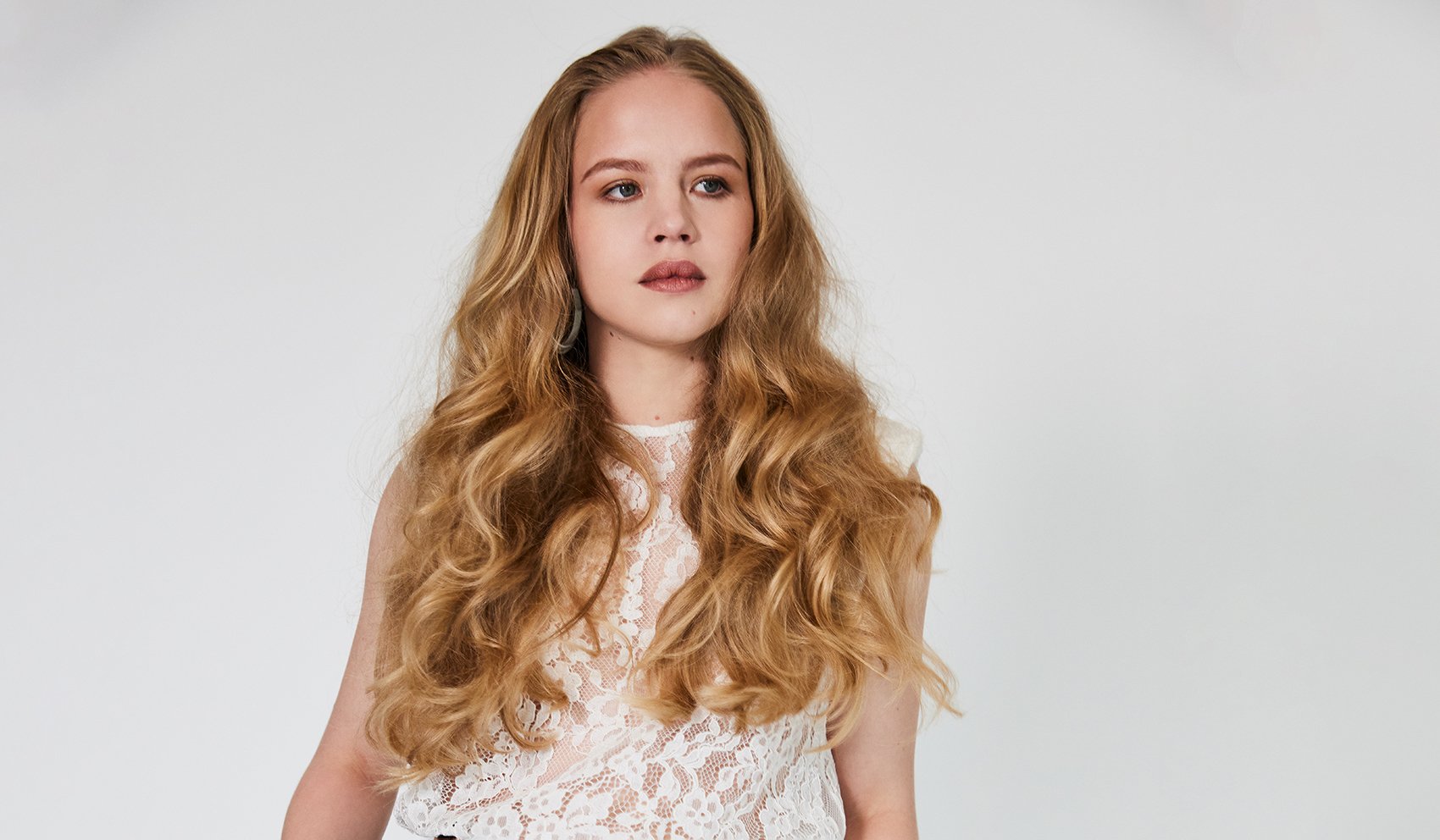 All of 'The Little Things' about Sofia Vassilieva's latest film

A string of unsolved murders and a serial killer on the loose set the scene for Sofia Vassilieva’s latest film, The Little Things. Alongside a star-studded cast consisting of Rami Malek, Jared Leto, and Denzel Washington, Vassilieva’s latest role exudes excitement, danger, and mystery. Amidst a dwindling 2021 release schedule, The Little Things shines as a bastion of Hollywood creativity. Easily one of the brightest gems out of Hollywood, Vassilieva shimmers in her role as Tina Salvatore; an empowered, quick-on-her-feet, Madonna-esque woman in Warner Brothers’ latest neo-noir crime blockbuster.

In our conversation, Vassilieva reflected upon her history within the entertainment industry and expounded upon the power of positive thinking. At this point in her career, one that has seen tremendous success, the former Medium actress is breaking free of conventions. As she breaks free of these previously held conventions, she additionally drops some tantalizing little hints about the mystery at the very heart of The Little Things — one of which is bound to get cinemagoers excited about this release.

Give us the lowdown on all the little things about your movie The Little Things – what should fans expect from the movie?
The lowdown is that it’s a suspense drama set in ’90s LA where there’s a mystery hunt for a killer. It’s got Denzel Washington, Jared Leto, and Rami Malek (three memorable icons of acting). Personally, I think we haven’t seen a movie like this in quite some time, and so I think it’s really exciting. John Lee, our director, actually wrote it years and years ago. He tried to get it filmed in the ’90s. So, I think fans should be excited to sort of take a trip to a different era.

In The Little Things, you play Tina Salvatore. What initially drew you to the role? Minus the fact you got to work with people like Denzel Washington and Rami Malek, of course!
Taking those really wonderful things out of the equation. It’s my second time working with Mark Johnson. I worked with him on My Sister’s Keeper eight years ago. So, when I went in to meet with everyone, it was lovely to see a familiar face. In working with him, I had a really positive experience on My Sister’s Keeper. To work with him again was really lovely. Also, now that I am sort of sitting a little way removed; I love that she’s this strong woman in the ’90s.

What makes her different than the ’90s films (that we saw), is that she’s a strong, quick thinker, quick on her feet, figure-out-how-to-survive kind of woman, which wasn’t something we were used to seeing back in the ’90s when those films were being made. To be able to look back at it and say, “No,” you know, “these kinds of women have always been here” is really important. We’re actually telling these ’90s-era stories but including the sort of women that we as a society have come to accept. Ones who are bold and are quick. Doing that was exciting to me. I also got to sing, and I’m terrified of singing, but I don’t know if that’s still in the film. Part of me prays it isn’t. I’m really worried and excited to see.

You work alongside an all-star cast consisting of Jared Leto, Denzel Washington, and Rami Malek. What was it like working with them?
The person I worked most closely with was Rami. I’ve been really fortunate in my career that the people that I have worked with have been really good people. There’s such a beauty when that person is open, welcoming, and loving. It sets the tone of a really healthy and inspiring workspace where you feel safe and supported. In turn, that feeling runs through the wardrobe, through our DP, through sound, and these people attract people who are so honest about what they do.

Rami and I were talking about how at a certain point, in your career, you really seek people in films that you want to work with. How you want to spend time with people who make you feel comfortable. You know, my first day on set, [Rami] sort of spotted me coming onto set. He was so open and so welcoming. I think that immediately discharged any tension and worries. I was so elated, you know? Like, “This is great!” I just woke up every day, excited to go in.

Who on the cast would you say is most like their character?
I don’t know! All of these actors are very, very smart. I worked with Jared, and he pretty much stayed in character. So, I don’t know his personality as a person. Rami is very different than his character. What I would say is that as an actor, you find parts of the character that are like you and oftentimes that’s how you can go into one. As you sort of find the things that you identify with and move from there. I’m sure there’s bits and pieces of each character in everyone. Granted, I don’t think anyone is a murderer. However, I would say that I am quite similar to Tina in many ways. Although she’s very quick on her feet and very sharp — I aspire to be like that.

When you were looking at the script, was there anything challenging about bringing it to life?
Singing, singing, singing. Aside from that I had a lot of really late-night shoots and a lot of action scenes, which was really exciting, so not really challenging so as much as exciting. Up until now, I haven’t played many action-type characters. It was just exciting to be physical and to drive cars at high speeds and be like, “Don’t crash the car while doing stunt training.” So, I don’t know if it was challenging but more of an exciting experience. I got to explore something that I wouldn’t normally do, which is really exciting and why I loved the role.

During filming, what was your favorite scene to shoot and why?
I have some stuff in the police station bureau I just really loved. Like taking away the action scenes, taking away cars, taking away singing, and being terrified of singing. I really loved just being in this 3D space that felt very out of time. So, I had a really great time shooting scenes at the station. It’s just so cool to think about. To know someone created it, that somebody’s imagination is alive, and, in this space, I really love that. I think set design and wardrobe are so exciting because it’s someone’s imagination showing up. My character, she’s like, when I was going through wardrobe fittings, it just struck me as very Madonna.

When you have a break between scenes, what do you spend that time doing?
I’m a big reader. Gauging the environment because some people chat, and some people read. I’m a big reader, so I always have a book with me. Depending also on the scene and what the work of the day is, sometimes I’ll isolate and just be on my own to work through scenes and whatnot. But if it’s sort of calmer, I like the sanctity of being in a book. I don’t love having phones on set. What was great about this one, was that phones were very much discouraged and quite forbidden; because of the nature of this film and the people involved.

Do you have any guilty pleasures book-wise?
I love poetry. There’s a book called Risking Everything: 110 Poems of Love and Revelation by Roger Housden. I keep it with me, as well as travel everywhere with it. It’s on my bedside table and whenever I sort of need an uplift; I open it and find a poem or sort of just read a couple of pages to see what strikes my soul and mends my day.

Since you’ve been working in the entertainment industry since you were a kid, do you have any advice for aspiring actors/actresses?
If you love acting, then be fearless about your pursuit of it.

When you’re back on set, do you have any rituals that help you get into character?
It depends on the project. I really love driving. I find it is a really great time to sort of relax and just be. You’re not going to get anywhere faster than where you are right now, and I think it’s a great time to sort of run through the day and sort of spend time with your character. At the end of the day, it’s very much sort of a ritual of closing in a way. The time that you spend leaving set and getting home it’s like it’s a time to sort of shed a character. So, with The Little Things, a lot of it was spent driving and listening to like ’90s music. Shedding the day has always been a ritual for me. When I was shooting Medium, that was a ritual, so traveling/driving would have to be a ritual for me.

Would you say that helps you differentiate between yourself and your character? How do you differentiate?
My family. I’m very close to my family and a few really good friends, and I think that helps me. You know, there’s always the wonder of like, “Oh, I could go shoot a film and I can just disappear for a couple of months.” But I don’t know, at this moment in my life, I wouldn’t be able to not talk to my parents for a couple of months. So, I think talking to those people who are really close to me is a grounding and differentiating factor for me.

If you could have any role in any movie, which one would you pick and why?
Oh! Harper in Angels in America or Lady Macbeth. Both of these characters have a very long lifespan in terms of age. Personally, I just think I have a different take on Lady Macbeth. I also think that for Harper, there are so many avenues in her and how she lives off the page, and it’s one of my favorite plays. It’s a Tony Kushner play, they just performed it on Broadway with Andrew Garfield a couple of years ago. It addresses the AIDS crisis in the ’80s, and [the play is] layered, emotional, and complicated.

Who is a director or actor you would love to work with?
I’ve had the honor of working with some amazing, amazing people, some more closely than others, but I would love to work with Annette Bening or Olivia Colman. Annette is absolutely marvelous in Being Julia. It has a very All About Eve characteristic to it that I can quote for hours. Olivia is also doing such phenomenal work. I think she’s able to bring out characters in a unique way and make them very, very human.

What’s next for you?
Currently, I have a film called 13 Minutes that will be doing the festival circuit. I wrapped filming for that right before the pandemic ended, which was very good timing. Additionally, there’s some other stuff down the pipeline, but that’s a secret for now!