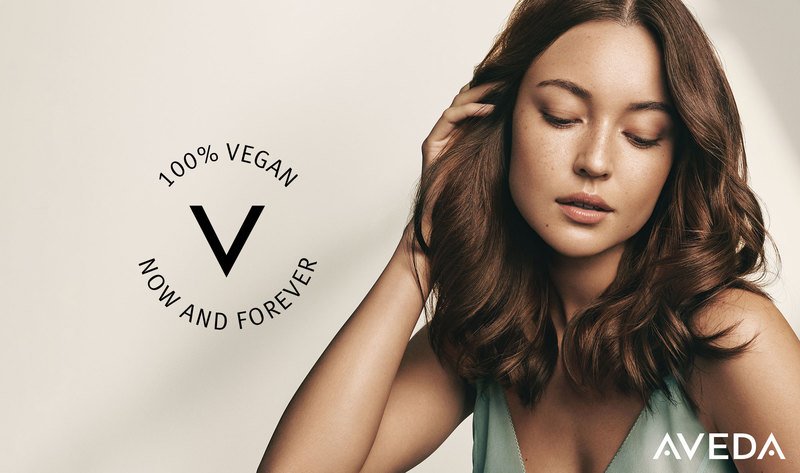 With each new year that comes, social media explodes with countless friends and family members speaking about how they plan to “shake things up” in the new year. Movements and resolutions flood timelines. One movement that that you might be familiar with and are soon to see, if you haven’t already, is called “Veganuary.”

Veganuary, a movement that originated within the UK, is a worldwide “call to action.” Asking individuals, the world over to practice conscientious living. As participants refrain from consuming animal products in their day-to-day life. According to Rebecca Smithers for The Guardian, “Veganuary has been gaining rapid traction with approximately 400,000 individuals the world over signing on to participate in the movement.” One of the most notable recent “signees” to the movement happens to be beauty-industry mavens Aveda.

Best known for their commitment to crafting luxurious shampoos and conditioners, the Minnesota-based enterprise is seeking to “forge ahead with plans for a more ‘sustainable’ business,” according to a statement. In their pursuit of producing a more “sustainable business” Aveda has announced in an exclusive interview with Alexa Tietjen of WWD; that their entire line of products will now be 100% vegan. Cue the excited cheers of vegans across the world celebrating another win for animal rights and sustainability!

During their chat with Tietjen, Aveda also named their “global advocate for sustainability,” the eco-conscious, iconic, and drop-dead gorgeous model Arizona Muse. If the name sounds familiar, it could be due to the fact that Muse is a rising star within the modeling world. In the past year alone, she has debuted on countless runways, chief among them being Prada’s Fall/Winter 2020 Womenswear Showcase.

Off the runway however, Muse has been deemed a “devoted climate activist” by Aveda’s Global Brand President Barbara De Laere in the WWD interview. Muse has championed eco-responsibility within fashion, beauty, and lifestyle in places like Net-a-porter and Vogue Paris. All things considered, Muse is arguably the best choice for Aveda going forward, but this choice isn’t without controversy, as Aveda’s choice for “global advocate for sustainability” isn’t vegan. Muse, who is a fan of beef, lamb, and bacon has repeatedly spoken to outlets like Country & Town House about her distaste for vegan fashion. A rather intriguing choice for a brand currently seeking to market its products to the largely untapped vegan consumer base. Aveda’s challenges don’t end there, however.

Aveda’s escapade into sustainability and all things eco-friendly ran into rather complex scientific/recipe-based challenges. De Laere recounts how the beeswax-based company had to explore alternative options. For the uninitiated in all things vegan, beeswax is a major faux pas. A plant-based lifestyle asks that all adherents refrain from using animal products, which even includes insects. So, beeswax? A definite no-go. Fortunately, however, the teams behind Aveda’s product line were able to crack the code. They found using “a unique blend of plant-based butters and waxes” achieved similar success.

In cracking this code, Aveda has been able to secure its position as an industry leader within beauty and push for further sustainability. It isn’t surprising, as Aveda has consistently championed an ethical approach to beauty. Veganuary may only be a month-long movement, but Aveda has committed to once again shaking up their approach, as they attempt to provide countless individuals with an eco-friendly, plant-based product that is not only luxurious in use but allows you to sleep soundly at night.