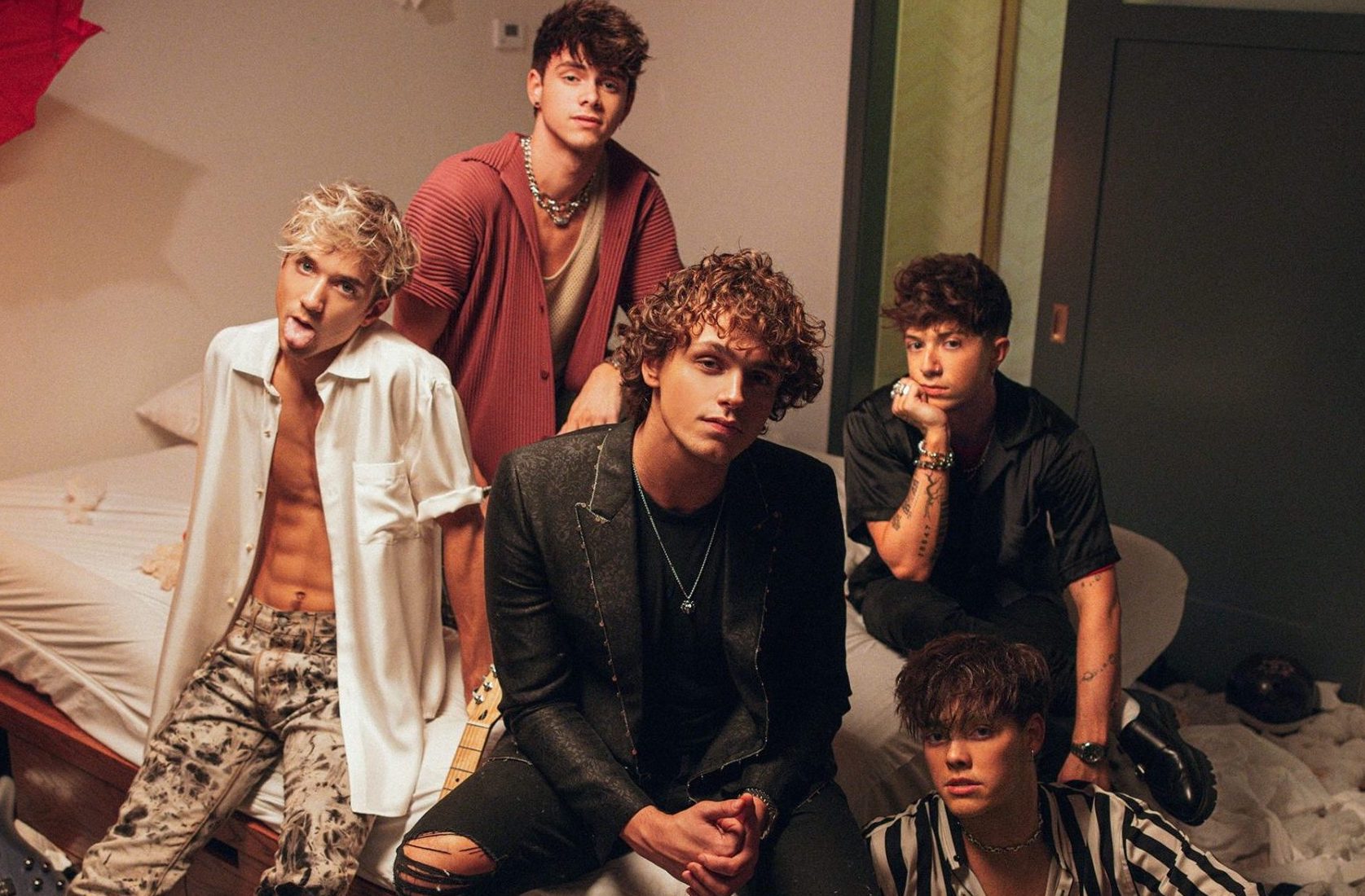 Why Don’t We — Lotus Inn

Why Don’t We takes a damn good trip in their latest song and video for “Lotus Inn.” Inspired by Percy Jackson, the song and accompanying video sees the group members — Daniel Seavey, Corbyn Besson, Jonah Marais, Jack Avery, and Zach Herron — enjoying a night out that keeps rewinding, changing, and replaying. The upbeat, poppy vibe will make you bop along and hardcore miss the days of going out with friends.

The band actually said in a press release that the intention of “Lotus Inn” is to be a banger of a show-ender — once live shows start happening again. The track very clearly has all the vibes of sending fans back into the world with a thrumming beat and catchy lyrics after the last notes fade out, which is exactly what you want form an encore.

“‘Lotus Inn’ is a song we wrote to end our live show with, it has that epic encore feeling,” explains Jonah in a press release. “We were inspired by the ‘lotus-eaters’ in ‘The Odyssey,’ and a scene from the first Percy Jackson book/movie (The Lightning Thief) where they get stuck in ‘The Lotus Hotel and Casino’ — indulging in lotus flowers and drinks before they realize a few hours had actually gone on for days. Our lyric ‘staying at the Lotus Inn’ captures the idea that while partying can be a hell of a time, it can definitely side track you.”

The “Lotus Inn” video, directed by Dillon Dowdell, provides a fun amount of lightness — something we can’t help but crave this year — and sees Marais totally falling for a girl (played by Tessa Brooks) during a night out but running into obstacle after obstacle. Thanks to the magic of a few libations, he’s able to finally get the right combination of moves together to have a sick night, resulting in a dreamy wake-up with the girl beside him in bed the next morning.

“Lotus Inn” is lighthearted debauchery at its best and is just another fun track in line with everything Why Don’t We has come to be known for. Following the release of their single “Fallin,'” this track is sure to make fans even more excited for their upcoming album, slated to release in January 2021.