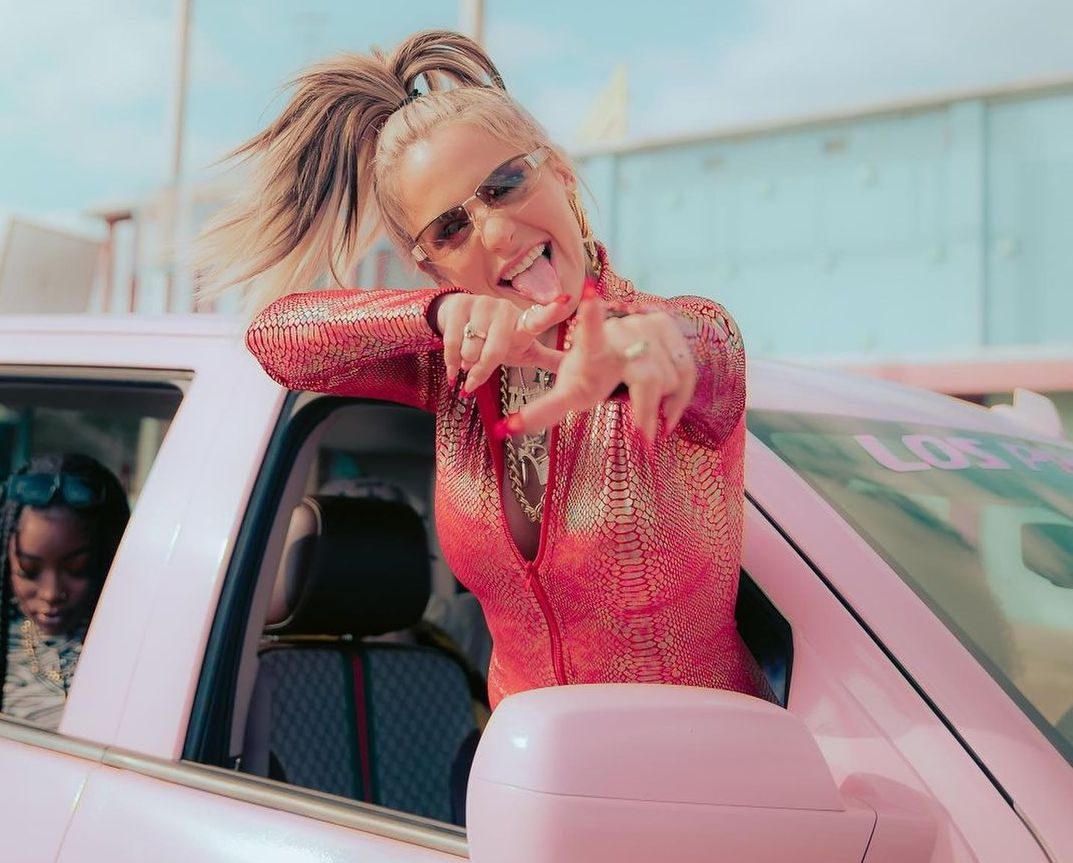 Akin to her namesake, Tay Money’s persona radiates all things confidence, independence, and securing her bag with a keen sense of fierceness. Just prior to the launch of her trailblazing hip-hop career, the rapper-to-be was a hairstylist stationed in Texas, perfecting her cuts and colors. But beneath the bleach and shampoos was a looming starlet awaiting to ignite like wildfire.

“I’ve always been, some way and somehow, a star,” the rapper asserts during a press junket. When it came time to finally awaken her dreams after free-styling in cars and makeshift studios for months on end, she built up enough gusto to part ways with the salon she once called home. She was given an ultimatum by her superiors to put in her two weeks’ notice or never return, but by that point, the Southern belle had dissipated, and a full-throttled Tay Money took center stage. She was bold, assured, and on a mission. In fact, it’s what she’d soon refer to as becoming a “Whole. Brand. New. B*tch.”

After the viral success of 2019’s “Bussin‘” on video-sharing platform TikTok, Tay Money quickly grew a cult following of empowered personalities ready to dance their insecurities away with positivity and overt badassery. Rap is slowly becoming infused with more and more female-driven talent, and Tay Money is nothing short of an exemplary addition to the family. “My music is for the girls to feel good,” she offers in an exclusive conference. “I want them to know it’s relatable. You don’t have to be perfect all the time.”

Preach, Tay! Girl power is the backbone of the music industry now more than ever; perhaps 2021 will provide the space for a much-needed iconic female collaboration between some of today’s hottest superstars. “Lady Marmalade” 2.0 anyone? Tay Money proposes herself, Doja Cat, Cardi B, and Mulatto could take on the remake! While we dream, listeners (at the very least) have the luxury of experiencing two out of four aforementioned singers on the rapper’s latest release, “Brat.” It’s feminine, savage, and fiery; essentially, it’s everything we need for a shameless pick-me-up.

In true Tay Money fashion, “Brat” pays homage to every girl with an inner lioness unable to be tamed by the chains of any societal standard. The track is ideally suited for the quintessential “getting ready” playlist everyone is guilty of holding somewhere deep in their musical libraries. Just the same, we’re hardly ashamed to dance to the bouncing bass giving life to the song from the first hit of the play button.

Solidifying her full-circle experience from hairstylist to trendsetting rap goddess, she sings, “I got my own bag, all I need is your attention.” Well in that case, let’s make it obvious: we’re listening, Tay!