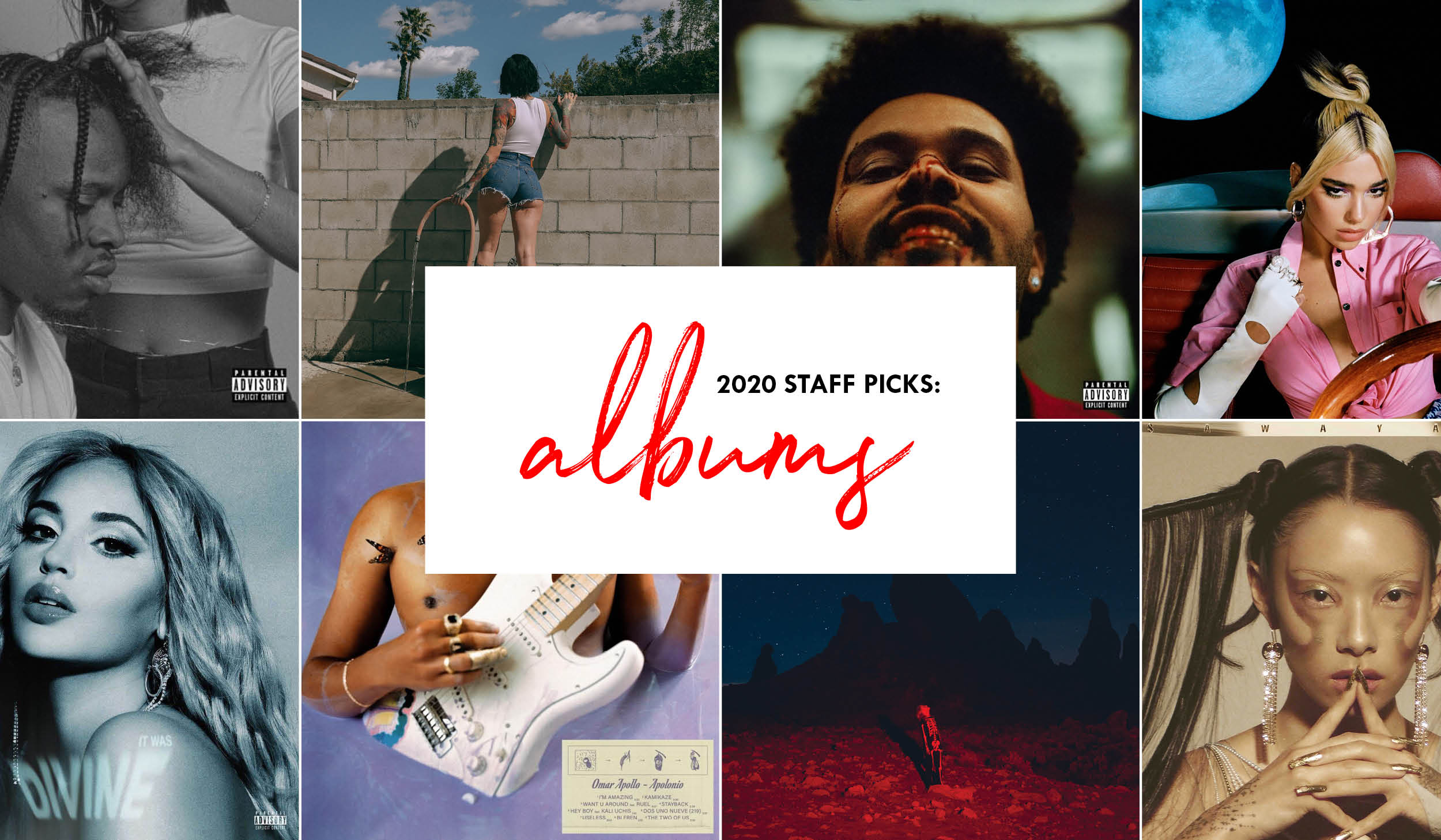 This year may have seriously tried our patience, but it also gave us some incredible music. While artists were home and unable to tour, due to the COVID-19 pandemic, many took the opportunity to roll out music that was perhaps unplanned or created out of the chaos. The result was a year full of stunning music from a number of artists that became the soundtrack to our lives. While it’s always hard to pick favorites — we do love music, after all — we chose some of the best albums of 2020 based on our own personal tastes. Ahead, check out our staff picks for what got us through the year.

LA native singer Blxst has been deemed by many as the new Nate Dogg. This title must be humbling for the relative newcomer who released his first solo body of work this year in No Love Lost. The album rings in at a solid eight tracks filled with wildly smooth R&B cadences and lyrics with a current tone, yet at times mature sentiment. The album circles around the theme of forgiveness, whether it be needing to give it, needing to receive it, or the moments when it’s hard to envision. Standout tracks like the interlude “Gang Slide” carry of the most purely addictive melodies of 2020, while complete songs like “Just Say’n” show subtle depth and variance in tonalities throughout that cling to your ear like a hoop earring. With his debut, Blxst leaves an impression with the potential to last. – Miki Hellerbach

After Hours features Abel Tesafaye’s unparalleled ability to create not just a sonic masterpiece but a cinematic masterpiece as well. – Iris Konstant

While Omar Apollo has been consistently putting out enticing music since 2017, Apolonio this year is his most complete and interestingly textured body of work thus far. Apollo flaunts contemporary r&b tracks with hip-hop elements on songs like “I’m Amazing” and “Bi Fren,” yet also includes songs with stank face inducing funk sounds like “Kamikaze” and “Stayback.” The whole project, though, centers around two unforgettable standout songs. “Want You Around” feat. Ruel may be the most captivating guttural r&b ballad of 2020, while “Dos Uno Nueve” channels Apollo’s hometown and heritage as it’s his own take on a traditional Mexican corrido. At nine tracks, the project fits many elements of Apollo’s personality musically while also remaining as fluid a composition as any this year. – Miki Hellerbach

Kehlani – It Was Good Until It Wasn’t

I love Kehlani’s album It Was Good Until It Wasn’t because we are bringing back R&B and making it hip sexy and modern again! And from watching Kehlani’s journey this album shows so much growth from her. – Vogue Giambri

Dua Lipa’s Future Nostalgia arrived just in time to make us nostalgic for dance parties, daily commutes on public transit, and anything else requiring close contact with other human beings. In New York City, we were one week into the “New York State on PAUSE” executive order when I turned to this album, packed with high-energy bangers, to escape from reality. My favorite tracks, “Hallucinate,” “Don’t Start Now,” “Break My Heart,” “Physical,” and “Love Again” have been on repeat for months and became the soundtrack to countless YouTube workout classes. When Spotify Wrapped unveiled the year in music, they confirmed Lipa was the artist who single-handedly got me through 2020. – Leslie Richin

Alina Baraz – It Was Divine

Alina Baraz’s It Was Divine was one of my favorite albums of the year. Her smooth, sultry vocals have often been my go-to throughout the year while working from home. The project features collaborations with Galimatias, 6lack, Nas, and Khalid. Check out my favorites “My Whole Life,” “Endlessly,” and “Off The Grid.” – Laura Ersoy

Louis Tomlinson’s solo debut album was a long time coming, and it certainly didn’t disappoint. As a fan of his work in One Direction, I expected a seamless blend of the songwriting talent he showcased in the band with the strength of his voice that had been so under-appreciated before — and that’s exactly what I got. Each track on the album tells a story, with Tomlinson not afraid to bare all and wear his heart on his sleeve. With heart-wrenching tracks like “Two of Us,” fun upbeat jams like “Always You,” or the powerfully subdued “Only the Brave,” Walls is pretty much a winner from start to finish. It may have dropped all the way back in January but it stuck with me all year and will absolutely continue to be a favorite. – Hedy Phillips

It is tough to only pick one album of the year, but for me Phoebe Bridgers’s latest album takes the crown. Punisher is an album that lyrically arrests you, screams with Elliot Smith influences and transports you to your very own haunted house. My top tracks from the album include “Kyoto,” “Savior Complex,” and “ICU,” they are all exquisitely comforting and will paralyze you in your thoughts. – Tara Shiels

Rina Sawyama’s landmark debut, SAWAYAMA, was a defining moment not just for the British-Japanese visionary, but also the new decade of pop.  A 2020s spin on Y2K iconography, she drew on everything from Britney Spears to Evanescence, with granular detail, but it was Sawayama herself who emerged as the ultimate icon. – Andrew Wright

Folklore was such a welcome surprise. Swift paints pictures with poetry like no other, and folklore just proved that once again. It really did feel like some sweet relief in the midst of the pandemic, and it’s the album that’s gotten me half through quarantine. It’s just so soothing to let yourself be swept away by emotive, whimsical storytelling about lives that aren’t your own. It’s melancholic escapism captured in song — the best musical medicine I’ve found thus far. – Saskia Postema

Plastic Hearts is such an interesting genre blend, bridging the gap between pop and rock, and includes so many bangers. — Amanda Lang

Lianne La Havas’s self-titled album captured many emotions of 2020: separation, heartbreak, transition, sadness, and bittersweetness. La Havas created an album with passion and heart that displays just how talented she is with messages that resonated with the year’s hardships. — Tori Powell

Not only did Ungodly Hour give us dance tracks, but it released a new sound from them that is clearly an evolution of their freshman album. Whether I’m rollerskating, driving, or getting ready, this album is definitely streaming. — Noella Williams