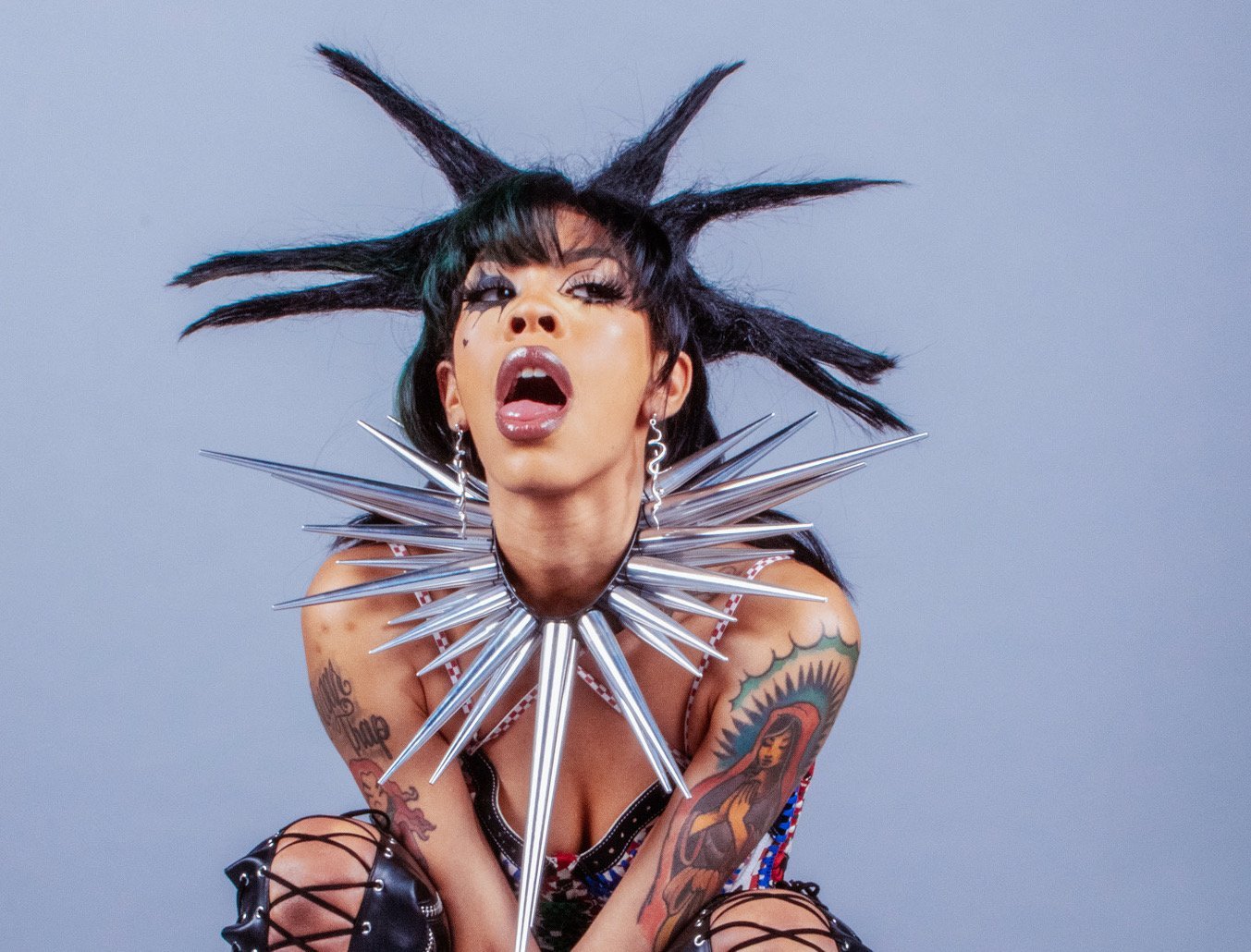 In the nearly 40-minute listen, Rico Nasty’s Nightmare Vacation will chew you up and spit you out. This has been a year for female rap/hip-hop artists, and Rico’s style, flow, and lyricism easily make her a standout among others. The long-awaited studio album consists of 16 songs, featuring the voices of Don Toliver, Gucci Mane, Aminé, Trippie Redd, ppcocaine, Sukihana, and Rubi Rose.

In the opening song, “Candy,” Rico gives a vibrant introduction to the track with the lyrics, “On a dark and stormy night / I don’t blend in / bitch, I shine bright.” It’s visible that she is shining bright throughout the striking album cover and extensive track list. After the February release of “ringtone (remix)” by 100 gecs, the collaboration had fans hungry for more joint projects with the hyper-pop duo. In an unconventional yet fitting beat, Rico works with 100 gecs’s producer Dylan Brady to create the electro-pop, emo “IPHONE.” The music video for “IPHONE” was released Aug. 13.

“Girl Scouts” has a similar intense sound with lyrics like, “Bitches at your door like Girl Scouts / Pull up with the chopper, then I air it out,” that prove Rico to be top tier compared to the cookie-selling organization. “Let It Out” is the second track produced by Brady on Nightmare Vacation, and in it, Rico encourages all of her listeners to let their emotions take control by saying, “If you wanna rage / Let it out.”

Rico isn’t new to announcing her presence and oozing unapologetic confidence in her lyrics. She continues to talk her shit in tracks, “Check Me Out,” “No Debate,” “Pussy Poppin,” “10Fo” and “Own It.” Another Brady-produced track, “OHFR?” is the fourth single from the album and dominated TikTok’s For You Pages. The rage-filled music video was released on Nov. 10.

Besides her solo anthems, Rico has a knack for choosing artists for collaborations. “Don’t Like Me” was produced by Buddah Bless, who is known for his work on hits like JACKBOYS’ “Out West” and Megan Thee Stallion’s “Don’t Stop.” This track was the third single released for Nightmare Vacation and immediately piqued the attention of Rico’s fans for its features with Gucci Mane and Don Toliver.

Rico’s variety of producer choices also happens to include Take A Daytrip, who also produced tracks with Travis Scott, Juice WRLD, and Lil Nas X. They created the beat for “STFU,” while Rico keeps it simple and tells her listeners to “shut the fuck up.”

If there’s any talented male rapper that can go back and forth with Rico, it’s Portland, OR, native Aminé. After the release of “SUGARPARENTS” on his album ONEPOINTFIVE, it was clear that these two were destined to exchange verses again on “Back & Forth.”

Although it was released in 2004, Mean Girls is still iconic for providing its famous quote, “Get in, loser, we’re going shopping,” which Rico and Trippie Redd took inspiration from in their track “Loser.” Rico concluded her album with an ode to an original, but it featured a remix with three fellow female rappers. The remix for “Smack a Bitch” is guaranteed to have you yearning for more with its aggressive, charming twist.

It’s clear that Rico Nasty lights up any room that she is in — or heard in. Nightmare Vacation could easily dominate the top albums of 2020 with its commanding, snarling presence.