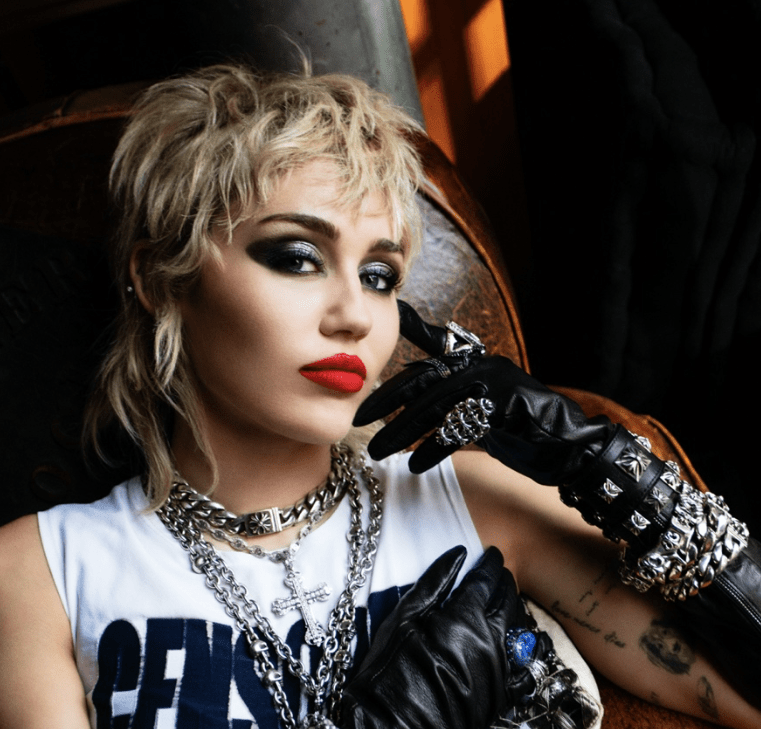 Even though Miley Cyrus is a household name in the music scene, her name’s also been tinged with controversy ever since she left Hannah Montana behind. Stuck in a too-tight corset of teen pop, Cyrus has spent much of her career swimming against the stream, trying to break free of the constraints imposed on her to prove her talent and artistry. And while every album she has released so far has highlighted parts of who she is – Younger Now with its country roots, Miley Cyrus & Her Dead Petz and its experimental psychedelic pop, to name a few — none have captured her true heart and grit in the way Plastic Hearts does.

Anticipation was high for this next installment, what with Cyrus emphasizing multiple times how she’d always wanted to make a rock album. In fact, for those fans who’ve followed her for years, the recent pivot toward grittier material is not new or recent at all. Even “Start All Over,” a track from her Breakout era had some rocky undertones and her album Can’t Be Tamed and subsequent Gypsy Heart Tour showed her love for the likes of Joan Jett. The run-up to Plastic Hearts was filled with impeccably chosen covers of ’80s rock and electropop classics, seemingly swinging the balance once and for all in the public’s perception of Cyrus’s undeniable talent.

“Midnight Sky” already served perfect ’80s glam rock, but Plastic Hearts takes it up a notch. Its pink, punk cover art featuring Cyrus’s grungier look perfectly matches the actual content of the LP. Opener “WTF Do I Know?” is an in-your-face, brutally honest rock track that shows off Cyrus’s raw, gritty vocals. The cynical lyrics center on resentment with just a hint of vindication — making it the perfect song for a confusing, rage-inducing year like 2020. It’s a statement track that would be hard to follow, but the title track thankfully does not disappoint. Upbeat, almost summery drums pull you right in as tension builds for an anthemic, sweeping chorus about bleeding “Plastic Hearts.”

Cyrus slows it down for “Angels Like You,” which is almost reminiscent of “Wrecking Ball” due to its soaring vocals. It’s reflective and regretful, almost apologetic as Cyrus realizes that no matter how much she may want, things won’t work out in her favor: “I’m everything they said I would be.”

Effortlessly, the album moves on to the much-hyped collab “Prisoner.” Clearly inspired by Olivia Newton John’s “Physical” and KISS’s repertoire, the track is a perfect reflection of the amalgamation of ’80s electropop, new wave, and punk-rock influences. “Night Crawling” mirrors some of these musical influences but is much more aggressive and high-tempo in approach. What is more, instead of pop superstar Dua Lipa, it features rebel legend Billy Idol. Packing a punch, the chorus consists of Idol’s voice blending effortlessly with Cyrus’s as they add instantly memorable howls in between verses.

And while the collaborations certainly are great songs, it’s solo track “Gimme What I Want” that’s caught in the middle of them on the album that stands out as one of the best. It leads with an incredibly heavy bass line that demands your attention for its grungy, dark, and seductive sound. The beat drives the song, but it’s Cyrus’s staccato vocals that control it, as she reclaims her sexuality and her power in the rousing chorus.

It’s clear, though, that while Cyrus has certainly found her feet as a bona fide rockstar, she’s not ready to say goodbye to the other genres that have defined her career for so long either. Songs like “High” and “Golden G String” highlight how well her voice fits the folk/country genre, allowing herself to be vulnerable and reflective of her past heartbreaks in a more stripped-back setting. “Never Be Me” and “Hate Me,” on the other hand, definitely have much more pop influences, though Cyrus’s own raspy voice and belted delivery certainly do a lot to push them into rock territory nonetheless.

And while that may sound like Plastic Hearts is all over the place, somehow it doesn’t feel that way at all. Rather, it’s a great representation of all the different facets that make Cyrus into the veteran artist that she is. Perhaps that’s why “Bad Karma,” a track featuring Joan Jett & The Blackhearts, is such a treat. It’s a bit whacky, and yet it somehow magically works. In fact, it’s the one track where you can just hear Cyrus having fun from beginning to end.

The truth is, Plastic Hearts is indeed a lot of things. It’s brutally honest and yet carefully crafted, blending all sorts of influences and genres together to create a new tapestry of sounds that somehow just fits, even when maybe it shouldn’t. It’s gritty, poppy, catchy, grungy, funny, sad, resentful, sexual, danceable, angry – but most of all, it’s unapologetically Miley.