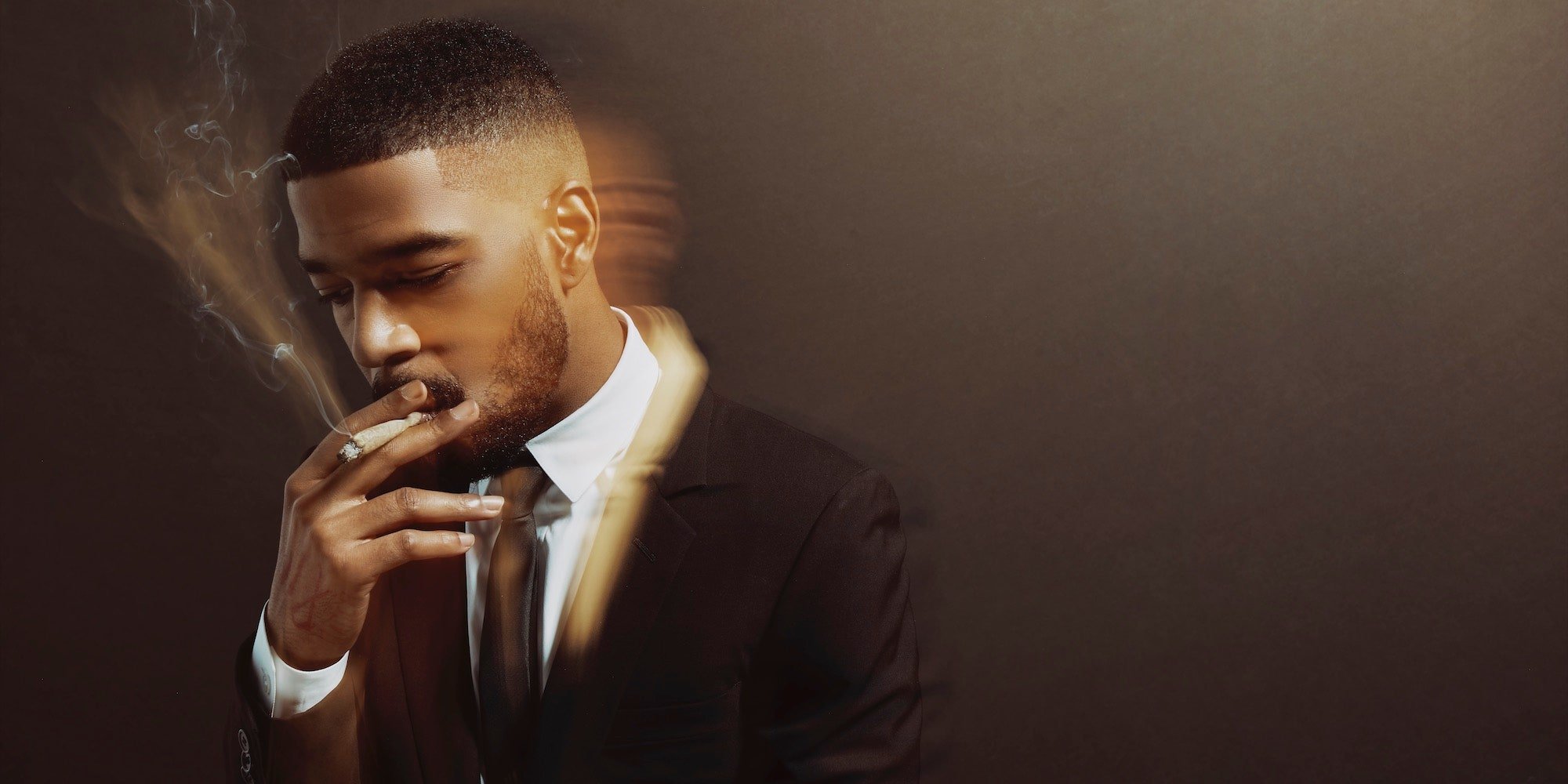 Kid Cudi – Man on the Moon III: The Chosen

After more than a decade since the project's last release, Cudi completes his 11-year trilogy in a theatrical album of four acts.

If there’s one thing about Kid Cudi, it’s that he isn’t afraid to experiment. Whether he’s yelling on alternative punk songs like “Man in the Night,” mixing sounds with unlikely artists such as St. Vincent and HAIM, or soulfully humming with OG Mary J Blige, the Kid has boundless layers to himself that he’s comfortable musically expressing to the world.

So when Cudi announced his seventh studio album on Twitter with an 18-song track list and a mystically cosmic album cover, fans didn’t quite know what to expect. Over the years, Cudi’s quirky experimentation has been met with rollercoaster reviews. He’s gone from Grammy nominations in 2009 for his timeless work on Man on the Moon: The End of Day to later having his 2015 LP, Speedin Bullet 2 Heaven, lauded as the “worst album of 2015.”

But a decade after his last Man on the Moon release, Cudi is finally fully realized and emotional as ever, in the theatrical trilogy finale to his intergalactic journey: Man on the Moon III: The Chosen.

While encompassing the same type of cinematic drama of Cudi’s decade-long acting career on the big screen, the rapper completes his three-part story of someone caught in between the psychedelic space of what is real and what is induced in four acts. He candidly opens up on his latest release about depression, anxiety, and drug use with the same type of blunt sadness that the first award-winning installment did 11 years ago. But this time around in Act I: Return 2 Madness, Cudi has more contemporary and catchy base-heavy patterns with beats reminiscent of the new kids on the trap scene.

“Day fades and the sun goes away / Same old nigga and the same old pain / Ain’t much change in me, yall,” Cudi sings in “Another Day.” “Thank God I saw another day / But I can’t go escape what I have made.”

Despite this album being his project resolution, Cudi makes it clear early on, through his intergalactic depictions of club hookups and tequila shots, that his mental illness is an ongoing battle and is here to stay.

In Act 2: The Rager, The Menace, the “damaged man” explores the mental implications of his lifestyle deeper and allows listeners to get comfortable with his upbeat psychedelic trap sound. But just as we do, the late Pop Smoke and Skepta arrive on “Show Out” in an unanticipated collaboration that truly makes the album the masterpiece that it is. In an interview with Apple Music, Cudi said that Pop Smoke and record executive Steven Victor originally recorded the song with Cudi in mind but “never did anything with it.” So when mutual producer Dot Da Genius first showed Cudi the record, he said that it was a done deal.

“He plays this shit and I’m like ‘I need this.’ I was like ‘nobody’s ever heard me on anything like this,'” Cudi said. “Skepta sounds amazing. Pop Smoke sounds amazing. Like this would be so unexpected. I think I could be on this and hold it down and do my thing and this is also another way I can showcase these bars.”

“Show Out” uniquely highlights Smoke, Skepta, and Cudi in each of the ways that they’re individually loved for, all while staying true to the Rager and Menace theme of the album’s second act. On the song’s bridge, Cudi repeats, “Lord, are you hearin’ me call out?” over and over again, displaying the internal turmoil that he still is experiencing.

And right when Cudi has his listeners’ full attention, he switches up toward the psychedelically layered moody singing that many of us expect from him. However, lyrically things begin to lighten up in Act 3: Heart of Rose Gold. While songs like “Sad People” outline the insecurities that lurk within Cudi’s mind at night, he declares that he is back in his zone and certain that when the right time comes, he’ll find peace.

In Act 3, he brings nostalgia, hope, and even a collaboration with Grammy-nominated indie singer Phoebe Bridgers that just makes sense. While Cudi still battles with his mental health, he acknowledges the wins in his life like his friends, fans, and supporters.

Cudi finishes off the album riding that same wave of nostalgia and by reminding the world that despite the inside access he’s displayed into his mind, we still don’t really know him. Act 4: Powers is Cudi’s homecoming into himself as the fully realized artist that is simultaneously healing while working through the ups and downs of his mental health. The “warrior” makes it clear that he’s in control of his life regardless of his circumstances and reminds others that may go through similar tribulations that they aren’t alone. The stars are by their side.

“Onward on my mission, on my journey, on my quest, yes,” Cudi raps on his final song, “Lord I Know.”

In Man on the Moon III: The Chosen, Cudi stays true to himself while also completing a nuanced story, seamlessly incorporating contemporary trap sounds, and collaborating with a diverse array of artists. Cudi’s full realization of himself in his four-act trilogy project is heartwarming and richly relatable in a year when mental health throughout the world has increasingly worsened. The Man on the Moon finale is a soul-touching lesson for us all: Even cosmic journeys to the moon have their mental complications with grief, anxiety, depression, and sadness. Acknowledge it and continue to grow.