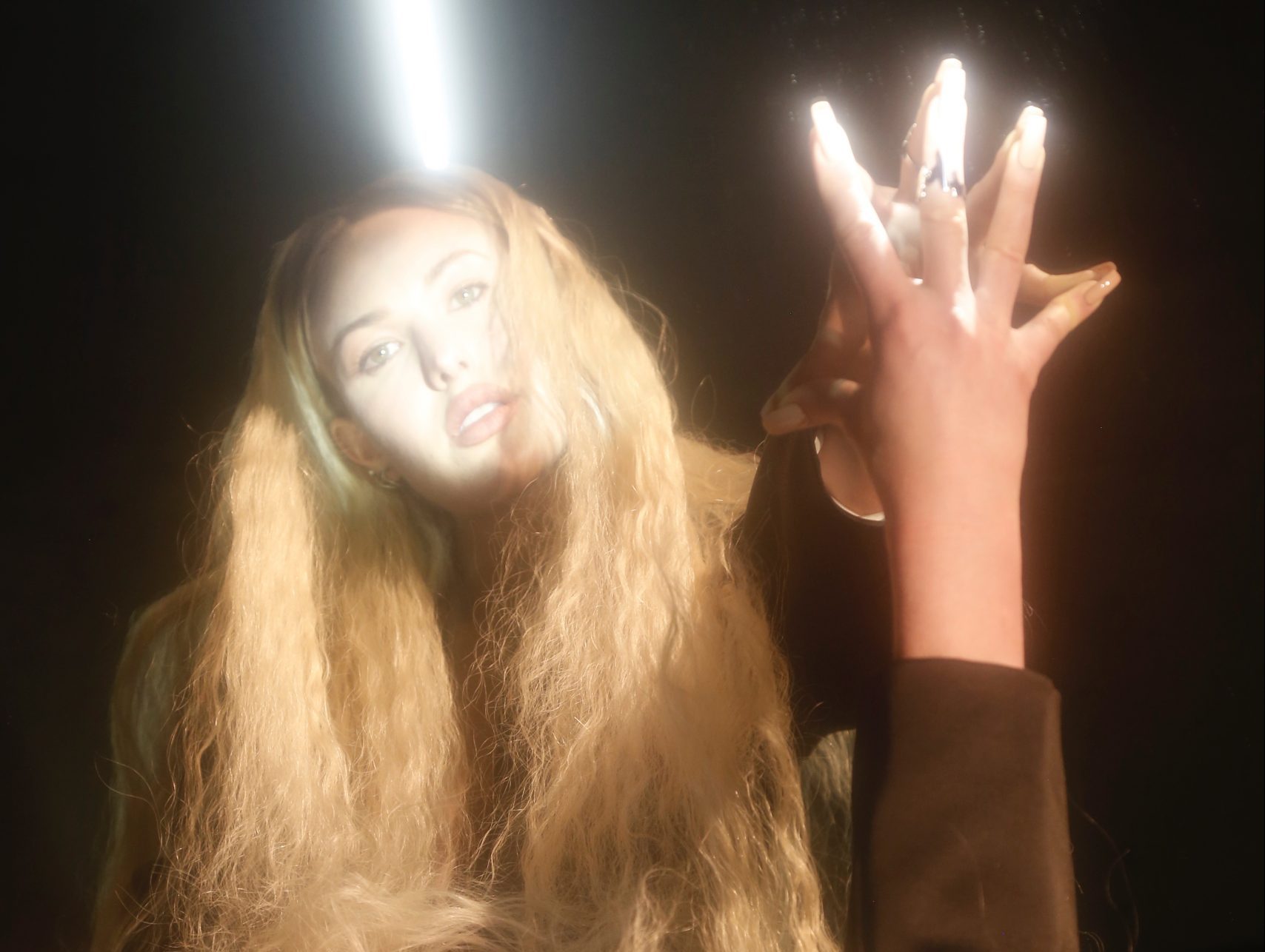 The spiritual goddess Anjelica continues to serve us out-of-this-world music, and it’s no wonder why. Anjelica’s story is a mysterious one. After her mother’s sudden passing, she woke one day to find she had lost her voice. She couldn’t speak or sing. She placed herself in the middle of the desert and began the work her mother had taught her: a series of metaphysical practices along with trying earthy medications, psychedelics, meditation, and past-life recall. It was a medical mystery. Doctors continued to tell her the same thing — they didn’t know.

Months carried on and she says she was visited by spirits, some of them dead ancestors and others angels. She says they were sending messages about music and using it to help awaken earth.

In a recent press release, doctors described the recovery as “a spontaneous regeneration, further deepening her belief in the divine.” Her vice came back bigger and better than before.

Back then, Anjelica’s voice was playing tricks on her for a bigger purpose. More recently, a toxic friend was playing tricks on her and she wrote a song about it, only it wasn’t so inspiring. Instead, she warns them: “karma, karma, karma.” Her latest single “Tricks” is a sexy song with extraterrestrial vibes. The kind of song I imagine playing at the circus as dancers twirl on ropes hanging from the sky. Anjelica’s soft spoken-word voice paired with spooky beats give us a taste of her out-of-this-world ambience.

The music video for “Tricks” is like a museum of beautiful images and shadows. Anjelica is dripping in jewelery with claw-like nails and slicked-back hair while people hang from the ceiling and stand on pedestals behind her. The styling of the video is edgy and very Anjelica. That’s one of the greatest things about the singer-songwriter is that you can recognize her style, probably because she also produces and is a heavy part of her creative. Nothing like being able to say: That’s so Anjelica.

I got to talk to the multi-talented musician about important lessons she’s learned, getting into music, and writing “Tricks.”

Can you pinpoint what got you into music? Was there a moment where you knew this is what you wanted?

When I was a kid I was always singing. I started performing in my hometown theater when I was 6 and never stopped.

How would you describe your sound and artistic process?

Both my sound and artistic process are exploratory, intuitive, and constantly evolving.

Tell us what writing “Tricks” was like. Was there a certain line or concept that sparked it?

I started the song with a dark bass line that triggered a lot of unexpressed anger from a situation that involved a lot of smoke and mirrors.

Your style and vibe are very distinctive and complement your music. Where do you pull inspiration from? Who styled your music video?

Thank you! I’ve always loved to dress up and was always encouraged to use fashion to express myself. Chloe & Chenelle Delgadillo styled the video and they absolutely slayed! Two of my favorite stylists to work with.

What was it like shooting the music video? How did it all come together?

Shooting the video was incredible. I shot the video with director Ana Sting, who I’ve been working with for the last two years. At this point we know each other well enough that we don’t need much prep time.

What is an important lesson you can share with us after your experience of losing your voice in a strange, unexplainable way? What was it like when you finally got it back and could take control of your music again?

I learned the importance of staying true to myself by using my voice to speak about what is real vs. what is acceptable.

How have you been taking advantage of your time in quarantine?

I’ve mostly been working on music and getting in touch with myself on a deeper level than when things were open.