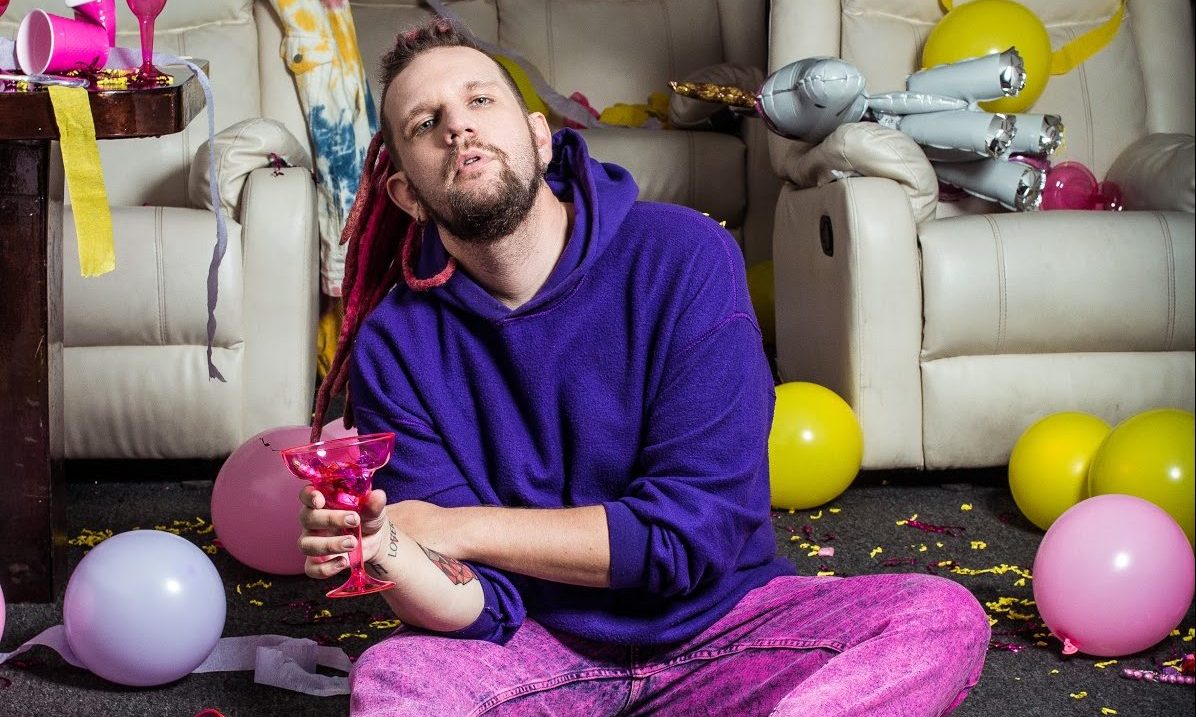 Andreas Moss has had an unbelievable musical journey full of false climaxes, plot twists, and awakenings that are ready to be written in a major motion picture. Moving to America from Sweden at a young age, he and his evangelist family toured with gospel bands and recorded multiple albums until he finally broke out as a solo Christian singer.

He got married to a woman and had a kid, but he eventually decided to live his truth as a gay man. Oddly enough, we both went to high school in the same small beach town in Florida and I can’t tell you how much of a satire it is that he had such a successful Christian music career in this conservative town as a closeted gay man, a town where many strongly believe that being gay is a sin. Moss knew he wasn’t being true to himself and eventually changed lanes and has been inspiring us ever since.

The genre-bending singer/songwriter is now openly gay and singing about it louder than ever. Moss aims to normalize the things that should have been normal in the first place: sexuality, sex, pleasure. His new single, “It’s Cool,” just dropped, and it is yet another stepping stone in his music journey. Finally being free in his music, he has incorporated the funny little truths in our lives, like macking on dudes and trying to play it cool even though you’re convinced it’s love at first sight. His dreamy talk-rap voice paired with light harmonies and strong vocals come together to bring us exactly what we love about Moss: his versatility.

The music video accompanying the song is the perfect little quarantine party filled with hot guys and cake. We all recognize the feeling that is apparent all over the video: the giddy excitement, the hopeful unknown, the “I need to chill I’m acting like an idiot” feeling. It’s just a feel-good song with a feel-good video.

Moss is a queer icon. Our queer beacon of light that reminds all those kids who are a little different growing up in those small towns that there’s a life beyond that. You can be whoever and do whatever you dream. We can’t wait to see what’s next for him. I got to talk to the Nashville/LA-based musician about traveling the world, writing “It’s Cool,” and shooting the iconic music video.

The music video for “It’s cool” looks extremely fun. Are they just a bunch of friends of yours? What was it like making the video? How did it come together?

It was so fun! Yes they are all very good friends of mine. Though it was 110 degrees that day so it was MISERABLE! But you gotta do what you gotta do. I loved shooting it nonetheless!

I realized in your recent music you’ve been incorporating a lot of humor. Has this been something you’ve been consciously thinking about?

Absolutely! It’s a setup for sure because next year the music is very deep and a bit darker, so I wanted to start off very light-hearted. I have many sides to me, and I’ve never been interested in only being one thing. I think sex gets taken too seriously sometimes and I think it’s important to be able to laugh at ourselves and hopefully normalize things that should have been normal to begin with. It’s been fun to show that side!

Tell us about writing “It’s Cool.” Do you remember a specific thing that inspired this concept? How long did it take to finish?

Yes! I was talking to this guy and I was already seeing wedding bells and we barely knew each other. I realized that we do that a lot in dating, we skip important steps in forming a true connection. So this song is literally me making fun of myself.

What are some lessons you carry with you from your childhood and moving all over the world? Which places have stuck with you the most?

You know, I sometimes I resented my parents for always moving, but now I look back and am incredibly grateful. It gave me the opportunity to meet so many people and experience so much culture. I honestly think it made me love humanity even more! My favorite places I have ever visited are Australia, New Zealand, and Victoria, BC! So many amazing places in the world, but they really made a mark.

How would you describe your evolution over the years? You went from being in a Christian band to going solo as a gay musician. Tell us about that.

You know, I grew up entrenched in the world of Christianity and I was always a public figure in that world since I was 6. That expanded even more when I had a good amount of success as a Christian solo artist. But in the end I wasn’t being myself, I was lying to everyone, and I couldn’t do that anymore. So I started over. Me and my wife at the time decided we were better off best friends (which we still are) and we are raising our daughter together. Now I am free to be who I am and make music without limitations, and that is the best feeling in the world.

Has quarantine been a productive time for you? What has been getting you through it?

It actually has! This was an important year for me. I grew so much as a human and I think I overcame a lot of trauma from my past! And I feel like I am writing the best music I have ever written! My managers and friends get me through everything. I’m super lucky in that way!

Right now I’ve been really into this artist Saint Wade from Miami! So much so that we have already done a song together! I also have been diving into Astrid S, Jon Bellion, Stromae, and, of course, Beyoncé. Jon always makes me cry!

What are you looking forward to?

I’m just so grateful to be alive. Every day is a gift, and I look forward to making more dope music, meeting incredible people and hopefully making the world a more loving and accepting place ❤️