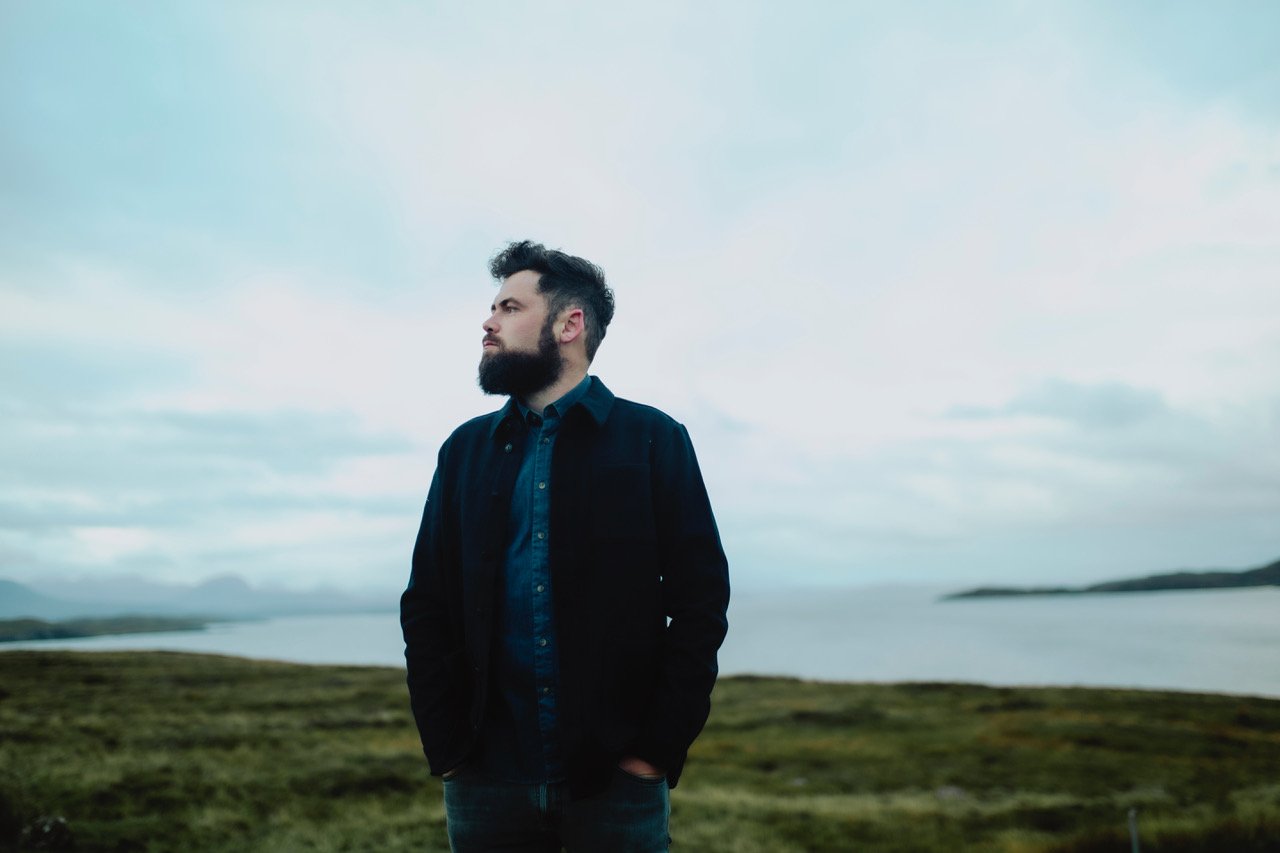 Michael Rosenberg, better known by his stage name Passenger, knows how to make you cry, but that isn’t his intention. “That would be a very evil plan,” he tells me over Zoom. Instead, what he is trying to do is hold up a mirror of grief. You never really feel more alone than when you have lost someone you thought would always be there. Sure, logically you know that everyone has experienced a breakup, but at the moment it’s easy to believe that no one has ever felt the pain that you feel.

Which is why Rosenberg’s songs have become so popular, they echo the thoughts that cross your mind while the pain is still fresh, in essence, making you feel less alone. Rosenberg says that his upcoming album, Songs for the Drunk and Broken Hearted, releasing Jan. 8, 2021, works as a sort of guidebook for those first few days directly after a breakup “when you’re just drinking too much and making weird decisions.” It’s a long way off from his busking days, but through the strangeness of 2020 and the months-long lockdown, Rosenberg has been learning to take solace in the smaller things, spending time with the people he loves, and learning to slow down. He says the extra time allowed him to write three new songs for the album. I’ve already got my tissues prepared.

I want to ask about the clown imagery of the album cover and the “Songs For the Drunk and Broken Hearted” video. You mentioned your love of the joker and there is a line of jokers and jesters in the song. But where did that line come from? What is compelling about the sad clown imagery?
It felt like for the album and for when you have to put a brave face on while everything else is going to shit. I feel like that might be one good thing about 2020 — everyone’s had a rough year and everyone’s had learned to be more honest about it and accept that life isn’t always rosy.

I think the clown just represents the classic “sitting in a pub with loads of people and trying to pretend that everything’s alright, but inside it’s all gone very wrong.” I think it’s a very English thing as well; we’re supposed to always be fine. I’ve got some American family and I feel that Americans are a bit better about being honest about that sort of thing.

The single was written after you got out of a relationship. Are you still feeling that pain now, or has it lifted a bit? How does it feel to listen to that single now and reflect on those feelings?
I wrote the majority of the songs on the album during that time. It’s such a strange feeling, coming out of a relationship — you’re so used to facing life with someone else, and then suddenly you’re on your own and it’s weird and harsh and cruel. I’m not the first artist to say that you’re generally at your best creatively when you’re pretty uncomfortable personally.

It struck me that that’s a pretty interesting time and really very vulnerable. I’m lucky that I have songwriting to express myself through. It struck me that it felt like I was writing a handbook for those two or three months after getting out of a relationship when you’re just drinking too much and making weird decisions. When you write a song, it’s very present, I mean it’s right there. A year later you can listen to it and be like, oh yeah, but you don’t feel it with the same sting. It’s like looking back at old photos, it’s there but it’s not as vivid as it is at the time.

Which is easier to write, love songs or breakup songs? What differences show up in the making of each of those songs?
Funny enough, I don’t think they’re that far apart. You use a lot of the same stuff when you’re writing either one. I think it’s all about empathy and honesty and vulnerability either way. Whether you’re breaking up with someone or telling them you love them, you’re still putting yourself on the line. I’m not the first singer/songwriter to write a breakup album, and it’s not even my first breakup album. There’s a reason this stuff gets written about, it’s what we want to write about and it’s what we want to listen to. Everyone goes through the same stuff, and it’s the job of the songwriter to write it in a way that feels universal. When you do that, it’s amazing. In my experience, when you hit the nail on the head, everyone gets it. Even if you don’t speak the same language, it still comes through.

It’s such a brilliant feeling to get a message from someone in Nigeria or Taiwan, and they connected with this song I wrote in my bedroom. As a songwriter, the best feeling is when you know you have made a difference to someone.

You had a full schedule planned for this year, but as with most plans, that has had to be put on the back burner. What has this sudden amount of free time opened you up to? Have you found yourself being more productive or have you taken a moment to relax?
It’s been interesting. My life has been: write an album, record it, tour it, and that’s been my last 15 years. It took me a while to just feel alright with being in one place for a bit. Ultimately I think it’s been a really good thing. It hasn’t been easy but creatively it’s been really good and I’ve written a lot. This album was supposed to come out in May of this year, but we pulled it back because it was mid-lockdown and it felt wrong to throw something out like that after we worked so hard on it and we can’t really promote it. We ended up writing three new songs for it. I think it’s quite a good lesson really because oftentimes we write something and it’s crazy rushed and there’s this pressure to get back on the road. Things benefit from more time and it’s good to just live with things for a while and make sure everything is right. 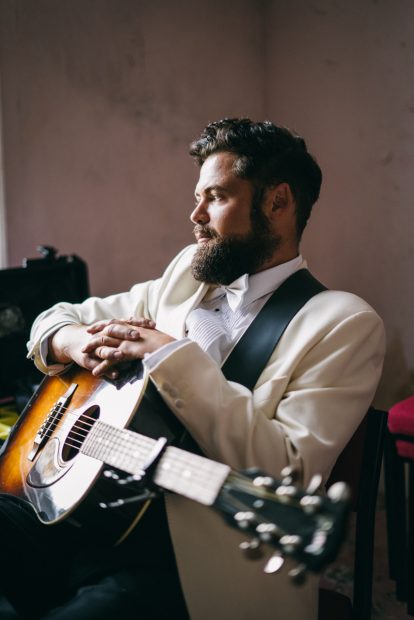 You have your background in busking — do you ever reflect on the surreality of going from street corners and train stations to stadium tours? What does that feel like?
It’s mad. I started busking when I was 23, and it’s very romantic when you think about it now, and you can tell yourself it was leading to where I am now, but it wasn’t. I just didn’t know what I was supposed to do, and I was completely skint so I just got out there and played on the street, and it evolved into something really cool, but I never thought it would end to what it did. If I look back and think of the luck and timing for it to evolve into this, it’s crazy.

I realize that this was literally years ago, but I have to touch on “Let Her Go”— that has to be one of the saddest songs I have ever listened to. What went into that and what place were you in?
I certainly didn’t want to make everyone in the world cry, that would be a very evil plan. It was just another song, I remember writing it backstage at a pub in Australia in 45 minutes, it truly was a very quick song to write. The melody just came out and it started writing itself very quickly. I think that’s part of its charm. It’s very simple. You can spend months on a song and at the end of it you’re like, this doesn’t sound anything like I thought it would. “Let Her Go” is very simple and very direct. I knew it was good, I’ve written enough songs to know if something is good or rubbish. I started out playing it in a song with 60 people so what it became is in another universe. Seeing it in a Super Bowl Budweiser advertisement makes me feel extremely lucky.

You’ve partnered with Ecologi and the Eden Project on this album as well as having all physical copies be made from 100% recycled material. Had you been planning something like this for a while?
As a team, we’re really environmentally conscious. In 2020 if you’re not on board with this sort of stuff, I don’t know where your heads at. If you’re realizing a physical product into the world whether it’s a straw or an album, you have to be conscious about what’s going to happen to it afterward. It feels like a good thing to be doing.

What are you working on next?
Just trying to keep a modicum of sanity. The album’s been a fantastic outlet but other than that hanging out with friends and family has been the best thing in the world. This year has changed the way I look at things. Busyness is such a celebrated thing. Now though if I am not working I want to be with the people I love.

What is your cry song?
I cried in the car to something the other day, it was something super cheesy. “Heaven” by Bryan Adams. He is a brilliant writer. That song just smashes you in the chest. The ’80s had a different parameter for cheese. They were writing bangers back then.