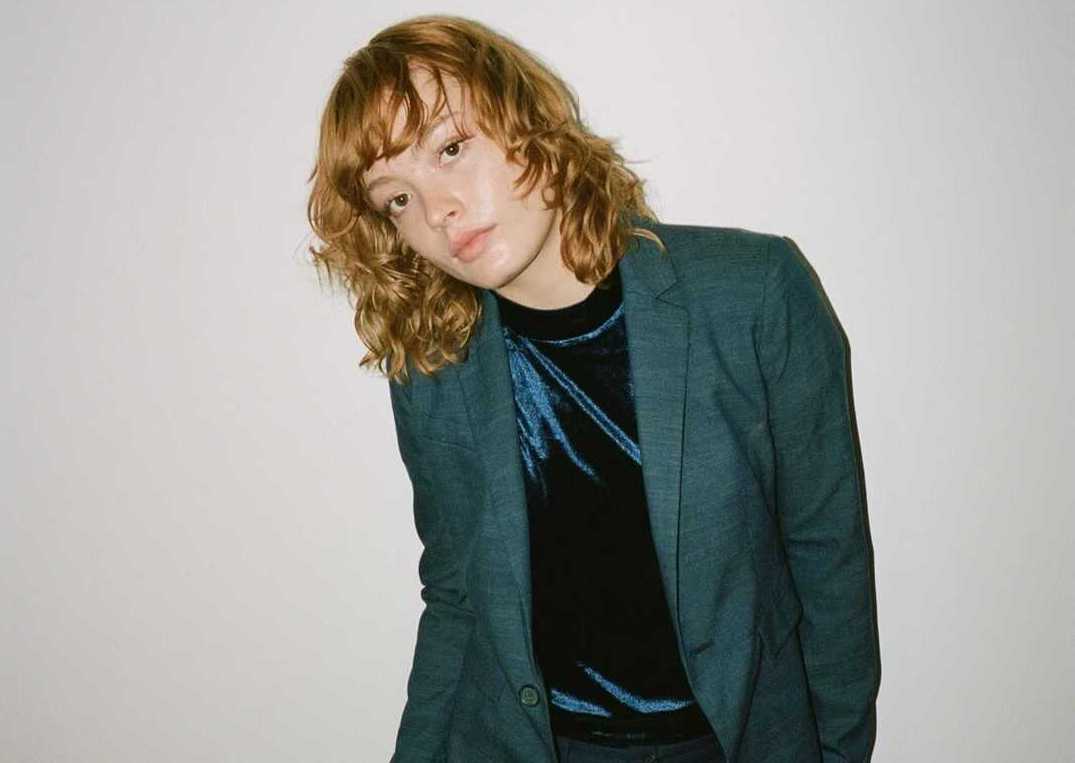 Mallory Merk is 20 years old and is only just getting started with the release of her debut EP Strangers. But she isn’t a stranger herself to the entertainment space. As a kid growing up in New Jersey, she was surrounded by musical influence through her parents and taught herself to play guitar. In her early teens, she made her way through the fashion industry, earning elusive campaigns in Kanye West’s Yeezy line, Rihanna’s Fenty Beauty and Gucci.

She wanted to pursue her passion in music, though, so she set out to become an artist, pouring all of her modeling resources into her own projects. Merk quickly gained attention in 2016 from her YouTube cover of Drake’s “Marvin’s Room” and continued to release various projects. After making the big move to LA, Merk signed a record deal with Zack Bia’s Field Trip label and started working with illustrious producer Dan Farber.

Releasing her first single earlier this year, “Ghosts,” also caught the attention of Kendall Jenner, Rihanna, and others. October’s Strangers EP is arguably her best work yet. It’s a musical piece that truly is exploring one’s self — asking the tough questions, moving on from the past, confronting your future, and defining who you are, all while singing in a calm melodic R&B soft-rock tune. The EP is really a homecoming of what is only the beginning of a bright career for this artist. We caught up with Merk to find out how she’s spent her year and the process of working on the EP.

How has quarantine been for you?

It’s been good to me. I definitely valued alone time. Obviously I never have been through an experience like this so it was really different. Towards the end of the lockdown of quarantine, that’s when I started to go crazy being alone in my apartment, so I went and flew back to my parents house. So that was the limit for me where I needed to really be around other people.

Before the pandemic, you checked into rehab and then not only had to go through the pandemic but all different global events that have shaped this year. How has that changed you personally and affected the way you create/write music?

Definitely this year I actually learned what’s good for me versus what’s not good. Not being around stuff that feeds the negative part of you, I lost a lot of friends, which was just probably for the best. I went to rehab in the middle of quarantine and it was a life-changing experience. It was one of those moments where I felt I needed to do myself even though people around me didn’t think I needed it. It’s odd because it’s usually the other way around. I really was able to learn how to become more independent

With this EP, you’ve talked about finally finding your sound. It’s really unique because you have this mixed sound of soft rock, soul, R&B. But to someone who hasn’t heard you, how would you describe your sound/writing style?

I never know what to say when someone asks that. But you did a good job of describing it. For me I used to make songs over instrumental, so for me it was easy to really combine different styles. As far as songwriting goes, it’s a lot of storytelling with different meanings. It can be straightforward with the lyrics but there’s also a deeper meaning behind them.

You started learning music at an early age then drifted into modeling for a bit. Did you always know that being an artist was a career you wanted to pursue?

Growing up, I tried so many different things and wanted to pursue different career paths. I always knew I wanted to be an artist, but it was something I thought I would be doing on the side while doing another job. But as I got older, my parents kept me open-minded and encouraged me to try and make it. As I started missing school for different music opportunities, it made me realize if I’m putting this commitment before school, then there must be something here. Even my teachers were really encouraging, so I’m thankful the people around me were supportive.

Do you think you’ve found your perfect sound or how do you plan to try and evolve?

I don’t think I’ve found [the perfect sound]; I’m always looking for ways to evolve it. My best sound that most people have gravitated towards is live instrumental. So I’m definitely trying to focus on that and find other talented musicians to try to piece together new levels. And add to the amazing team of [producer] Dan Farber and [writer] Kat Dahlia, who helped me with making this EP.

It’s also insane that Rihanna shouted you out earlier this year on Instagram! Was that the most star-struck moment so far in your career?

It’s probably the biggest star-struck I’ve been. The whole backstory is Rihanna followed me like two years ago, and I was like, “Damn, she must’ve followed me for some reason.” Then she got in touch with me and I got to be a part of some of her modeling campaigns. When I met her, she really told me how much she liked my music and style.

You also are the first signee to the new Field Trip record label by Zack Bia and James Canton. Both of them are already immersed within the music scene. How did that relationship all start?

I know this kid Julian Swirsky [Senior VP A&R at Republic Records]. At some party in New York I went to, he saw me rolling a joint there and told me he thought it was really cool or dug my personality or some shit like that. The funny thing is knowing him now, he’s very observant, and when he approached me, he told me that he could just tell that I was cool. Then he kind of stalked me for a little bit [laughs] and was able to find me at some places and told me he worked at Republic Records. He genuinely just wanted to help me in my music career.

When we started connecting, I was hesitant to sign to a record label right away. He still wanted to help me and be a part of my journey, so he reached out to his friends Zack and James. I flew out to LA to meet them and we hit it off right away. They really showed me a lot of things throughout the scene and networking. We actually all went to a lot of labels together, but they already knew they wanted to start Field Trip for a while and then kinda decided that I would be the main artist and focus on that.

It’s interesting my first writing opportunity was actually through working with Zack. In that short time I realized not only how smart he is but how misunderstood he is by people who just scroll through his Instagram, because he’s one of the most genuine people I’ve come across, but obviously you’ve worked with him for much longer. How has that dynamic been like or what have you been able to learn from him and his experience?

Honestly when I first met him I didn’t know what to expect. I just looked him up a day before I met him and saw everybody asking who this guy is. I was surprised I’d never heard of him. Zack grew up for a bit in New York, so also being from there, I kind of had an idea of him. I’m looking at his Instagram and I thought either he has some rich parents or he’s really made a name for himself, which is really hard to do there.

A lot of times people don’t understand Zack so they envy him and try to put a label on him. People question if he’s an entrepreneur, influencer, promoter, etc. He’s really a great liaison between the music, fashion, art, and nightlife worlds. Through nightlife he’s been able to use his people skills really well communicating with others. He’s super down to earth and treats everybody the same way, it doesn’t matter who you are or what you do. I think that’s why he has been so successful, because he doesn’t think of himself as better than anybody else or think his situation is better than anybody else’s. He’s really his authentic self with everybody and is more shy than people think. Also he’s very smart, being calculated in everything he does, nothing is without a reason and when he does something, there is always some grand master plan behind it, kind of like Megamind.

Is there any bucket-list artist you want to collaborate with?

I’m trying to think of artists still alive. But I think Tame Impala or Avril Lavigne.

I think you could really mesh well with The Weeknd.

If the pandemic ended today, where would you travel to first?

During quarantine I got back into A Series of Unfortunate Events, which I loved as a kid. Another book was one that my manager Kayode sent me called The Artist’s Way.

Favorite movie of all time?

Either Scarface or Eternal Sunshine of the Spotless Mind.