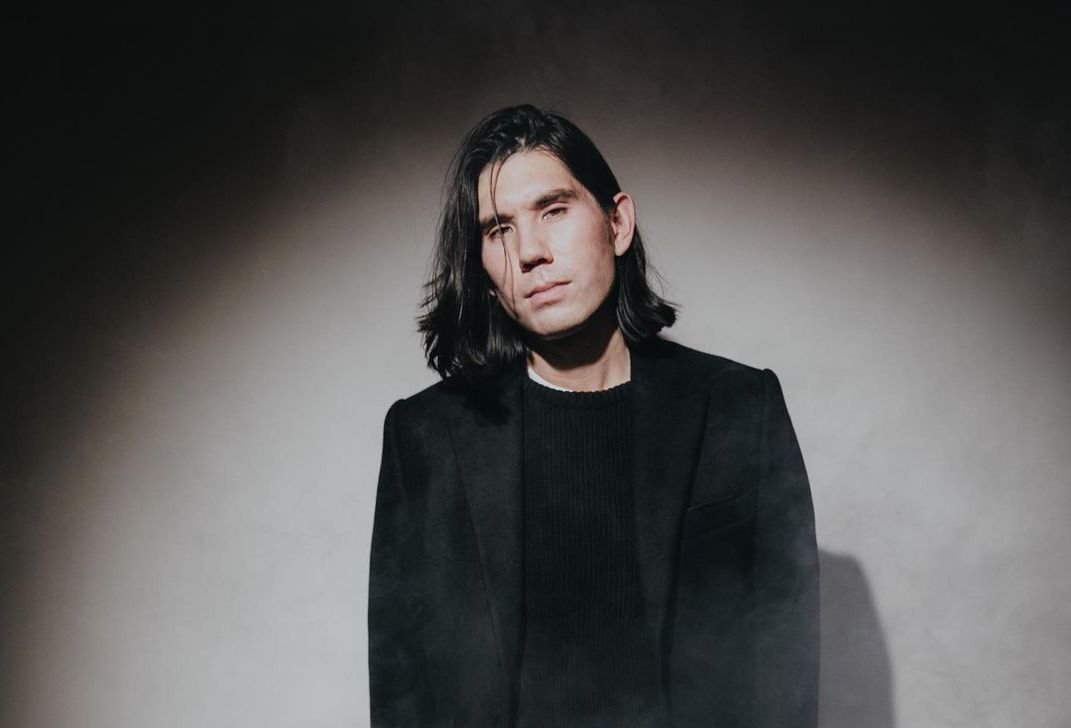 The EDM artist, fresh off his Gravity era, is kicking off an evolved sound with "Safe With Me" featuring Audrey Mika

Throughout 2020, EDM artist Gryffin had 46.8 million listeners on Spotify alone; this can be attributed, in part, to the musician’s debut album, Gravity, which released in 2019 but made waves with fans into the new year. Gryffin’s four-year journey since debuting with single “Heading Home” has been one of immense growth, but not just of his fanbase. Rather, Gryffin has showcased a bold entrance into the best of EDM, boasting a wide body of work that features everything from the remixes that put him on the map to the catalog of originals that made him stand out.

“Safe With Me,” his latest release featuring pop fave and “Just Friends” vocalist Audrey Mika, is just the latest addition to his discography, trading in some of his dance-pop and house sounds for a softer pop feel. The duo proves to be a powerhouse sonically, blending a bubbly pop vocal with a beat you can’t help but clap along to; the lyrics speak a message of openness and comfort, admitting to putting up walls as a means of self-protection with words like, “Don’t know why I get so messed up in my head/ But I keep puttin’ up fences/ Anything to keep away from the truth/ Maybe I been goin’ too hard, doin’ too much.”

The track treads new territory for both artists, but it simultaneously proves that both Gryffin and Mika can shine outside of their respective comfort zones; more specifically, it places a spotlight on the versatility of Gryffin’s artistry and how he pushes the bounds of mainstream electronic music with a pop touch that joins forces with trends in comfort music during a tumultuous year.

With a deluxe Gravity available now and a new musical era on the horizon, Gryffin is gearing up for a powerful introduction to 2021. Now, while the release of “Safe With Me” is not far behind him, the star-studded momentum of Gryffin seems undeniable.

EUPHORIA. connected with Gryffin to learn more about the evolution of his work since day one, the importance of sharing music with emerging artists, and the behind-the-scenes work that made “Stay With Me” a hit.

First of all, how are you holding up during this turbulent year?

I’ve been doing OK. I’d be lying if I said it wasn’t a challenging year, but trying to stay as productive and positive as I can. A lot of time at home has been nice, but I definitely miss touring and connecting with fans and traveling.

While some creatives are immersing themselves in work, others are using this time to take a break from the constant grind that being an artist brings. How are you balancing creativity, career, and mental health this year?

It’s been a tough balance, for sure. Some weeks I’ll just be grinding away at work, making music and feeling a great flow, and then other weeks I will just hit a creative wall and just not be in a good creative space at all. I think it’s about recognizing when to chill out and take that break away or when to put in the work and be open to the creativity and inspiration.

One product of this year is your new track with Audrey Mika, “Safe With Me.” She said in an earlier interview that she was hesitant because of how different in genre the song was for her; what changes did the two of you make to shape the sound and feel of the song?

There was definitely a bit of a balancing act when we initially worked on the track together. But the fundamental aspects of the song that brought us together were the lyrical content and meaning of the song, as well as the energy and feeling of the production. We both vibed on those together right away, and then it was more shaping the production elements to complement her amazing voice, and bringing out that energetic vocal performance from Audrey.

What is the central inspiration for these lyrics? And how different is the lyricism in the final product than when you first sent Audrey the demo?

The song’s about finding someone in your life, whether it’s a friend, partner, family member, to provide comfort and safety when things get rough. It was actually written pre-COVID, but felt even more relevant once 2020 hit. Lyrically, it’s pretty similar to where it was when I sent it to Audrey, but the emotions and feelings of the song reached new levels once Audrey put her vibe into it.

How did you approach producing this track? How did you want to differentiate it from — or blend it with — your previous work?

Producing this track was initially a challenge, because it was a tempo and vibe that felt familiar but was quite different from what I have previously done. But that’s what makes the process so exciting. Getting out of my comfort zone is a challenging but rewarding experience, as it pushes me to do something new. I wanted familiar elements to my music, having guitars and ethereal vibes, but wanted to give a newness to the song by adding new drum/perc elements, as well as new sounds like brass and palm muted acoustic guitars.

More broadly, how would you describe the evolution of your production work from your debut single, “Heading Home?”

Back when I was making “Heading Home,” I was predominantly making 4 to the floor, 120-ish BPM, melodic house music. I had a pretty distinctive sound back then, but it was quite same-ish and not as diverse as I wanted to be as a producer. Now, I feel like my music crosses different tempos and genres and feels much more wide-ranging in terms of scope, and I’m really proud of that.

How has the fan response been to the track? How does it feel to receive that kind of feedback on a track with such fresh energy for you?

Fan response has been awesome. I love my fans, for their enthusiasm and honesty. Whenever I put out a song that’s either more pop-leaning, or a bit different from what I am known for, it’s exciting to see the feedback and reactions. So far, it seems the response has been pretty great, and I’m glad they are liking the new vibes.

Has this collaboration inspired you to pursue more genre-bending artists in your future work?

Yeah, definitely. As a creative, I just think it’s fun to work with other artists and genres. It pushes you to diversify your sound and you learn some new techniques and skills along the way. It’s like adding new colors to your palette. I have more collaborations with other genres and artists coming up, which I can’t wait to share.

You uploaded the a cappella track and the instrumental for “Safe With Me” on Twitter. What kind of inspiration or creativity are you hoping your fans and fellow creators draw from those stripped-down elements of the song?

I don’t really know what will come of it, but I just remember as a young producer always struggling to find studio a cappella and stems to create music. I figured I’d open the door to some up and comers to see what they do, and I can’t wait to share and highlight some of my favorites. I’m so open from a creative standpoint, so hopefully, there’s some edits and production ideas that are super inspiring and out there!

What is the importance of moves like yours to make “Safe With Me” accessible to emerging artists?

I think it’s hugely important. Accessibility is what makes the music community thrive and progress forward. If there is an up-and-coming artist/producer that is super creative and healthy for the music scene, that person should get noticed and they should have the access [and] ability to be noticed. It’s how I ended up here, and it’s only right to pay it forward for the next generation.

This track comes ahead of a second album you are working on. What is the sonic inspiration for your second major project?

The sonic inspiration of the next project is still going to be uplifting, emotional, and ethereal, like my previous work, but there will be different genre collabs and evolutions musically to make it feel like a new saga from Gravity. I am very proud of the Gravity era, and will always cherish it, but I do want the next project to feel elevated and different from it, and I’m really happy with the progress made so far!