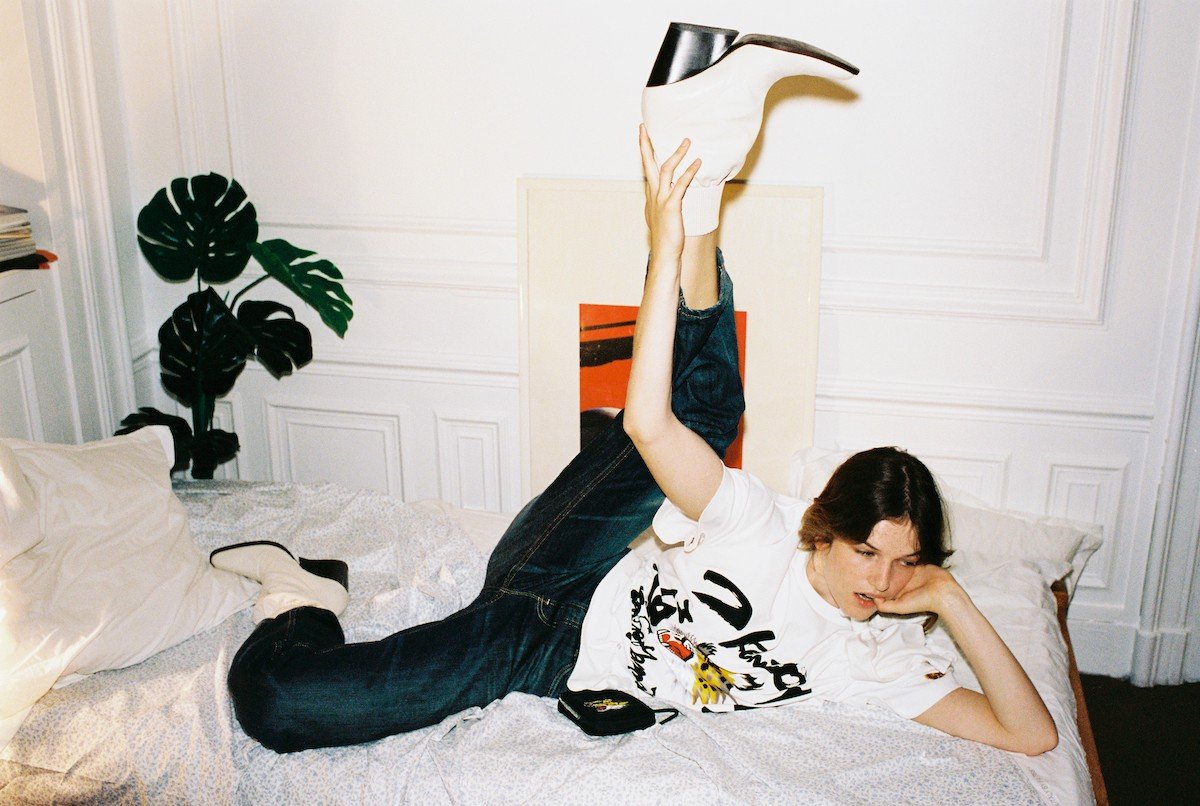 Every so often, humanity beholds a few individuals who are destined to make the world a more colorful place to live. And when it comes to legendary fashion designers, Kenzo Takada and Kansai Yamamoto did just that. Tragically, both of these bright spirits passed away earlier this year. To honor their creative legacies, Felipe Oliveira Baptista, the current creative director of Kenzo, has released a Kenzo x Kansai Yamamoto capsule line. The new collection features 30 womenswear pieces, 25 menswear pieces, and 22 accessories. Additionally, all the items are priced between $125 and $1,270.

During the ’60s and ’70s, both designers left Japan to debut their colorful collections in Europe. Takada was the first to make a move. He came to Paris in the late 1960s, soon opening his famous Kenzo Jungle Gap boutique in 1970. Meanwhile, Yamamoto set foot in London in 1971. Eventually, David Bowie adopted Yamamoto’s larger-than-life designs and used them to develop his signature Ziggy Stardust looks. Over time, both designers became game-changing figures in the fashion industry. They merged East and West design elements with ease and were at the forefront of a slew of theatrical catwalks that shook up the European fashion scene.

Baptista came up with the idea of a Kenzo x Kansai Yamamoto collaboration last year, while both Takada and Yamamoto were still alive. Before embarking on the project, he made sure to receive both of their blessings. They were more than happy for it to go ahead. Yamamoto went so far as to handwrite some Japanese calligraphy for the collection. It read, “Kenzo, Kansai, Felipe.” Baptista then printed the writing onto the back of one of the new pieces from the collection: a black T-shirt. He admits the shirt is his personal favorite piece from the lineup.

The Kenzo x Kansai Yamamoto collection hones in on the designers’ shared appreciation for animal imagery. Takada’s love for the wild side of life manifested in his staple tiger motifs, this icon often being shown side-by-side with the official Kenzo logo. By contrast, Yamamoto liked to reimagine classic animal imagery through his signature pop-manga style. Consequently, the collection is dripping in feline illustrations that express their deep love for nature.

When talking about the collection, Baptista states that this is “probably how both Kenzo and Kansai would have liked to be remembered.” Throughout their lives, both of them infused “joy into the world through their work.” Naturally, the collection is a fitting tribute to two vibrant spirits who tickled the fashion industry in all the right places. With their exuberance, optimism, and creativity, they livened up an industry that is far too often stereotyped for taking itself too seriously. What’s life without a little bit of fun?