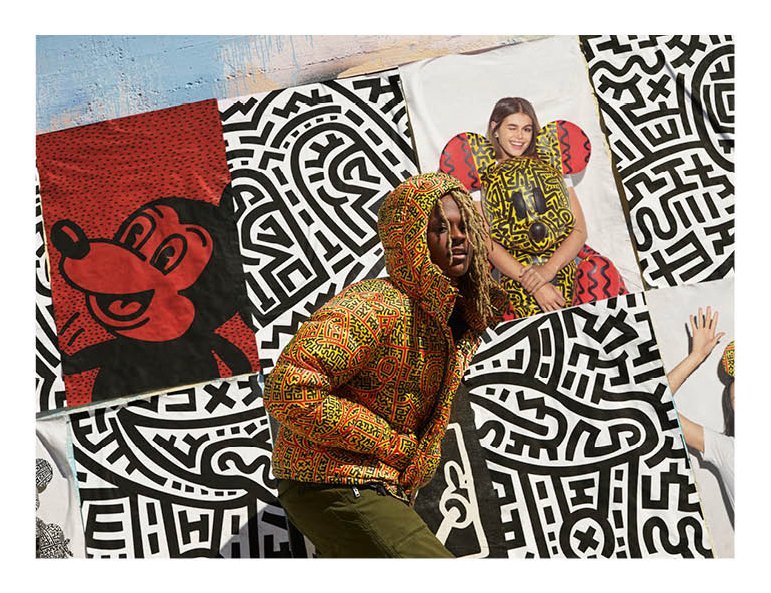 Get whimsical by checking out Coach's latest collection featuring Disney and the late Keith Haring.

To end the year on a high note, Coach released an uplifting new collection as of today. The luxury brand’s latest range of bags and separates is a salute to the late Keith Haring: a legendary NYC artist renowned for the pop-meets-graffiti artwork he made during the 1980s.

Even if you’re not familiar with Haring’s work, you’ve probably seen his art already without having realized it. Not only did he use this art to bring social and political awareness to pressing issues like AIDS, but he also left a huge mark on 20th Century pop culture, designing album covers for the likes of David Bowie and Run DMC.

Stuart Vevers, Coach’s creative director, based the collection on Haring’s “Mickey Mouse Drawings.” In these humorous drawings, Haring reimagined Disney’s emblematic mouse in his signature style. The Coach collection features these playful designs emblazoned on a selection of bags, totes, sweatshirts, and jackets.

In the press release for the Mickey-infused collection, Vevers said: “Sometimes the best design comes from the most unlikely juxtapositions, and I can’t think of a cultural clash that brings me more joy than Mickey Mouse and Keith Haring.” Naturally, Haring’s exuberant artwork elevates Coach’s classic designs and is a great way to brighten up the last month of 2020!

A lineup of five fashionable faces wore the collection for a lookbook unveiled on Dec. 17. Cole Sprouse, Kaia Gerber, Kōki, Myles O’Neal, and Xiao Wen Ju all took part in the Coach campaign. Captured by Alessandro Simonetti, the lookbook was a major retro throwback. Collectively, the photos channelled an urban 1980s vibe. Each of the models posed as if they were thriving in downtown NYC back in the day.

One photo features Sprouse rocking a black t-shirt with one of Haring’s bold yellow, red, and black Mickey designs printed on the back. In another photo, Gerber flaunts a red, white, and yellow bomber jacket; the front pocket covered in another eye-catching Mickey print. Meanwhile, O’Neal gets the chance to showcase two bags from the range: a rectangular tote bag with a graphic yellow and red print and a mini white backpack featuring a humorous Mickey-meets-UFO illustration.

The entire collection is priced between $175 and $2,200. From Dec. 26, fashionistas have the opportunity to check out the Disney x Keith Haring pieces on Coach.com. What’s more, fans will also be able to access Coach’s immersive digital space where they can create their own Haring-inspired artwork. We cannot wait!