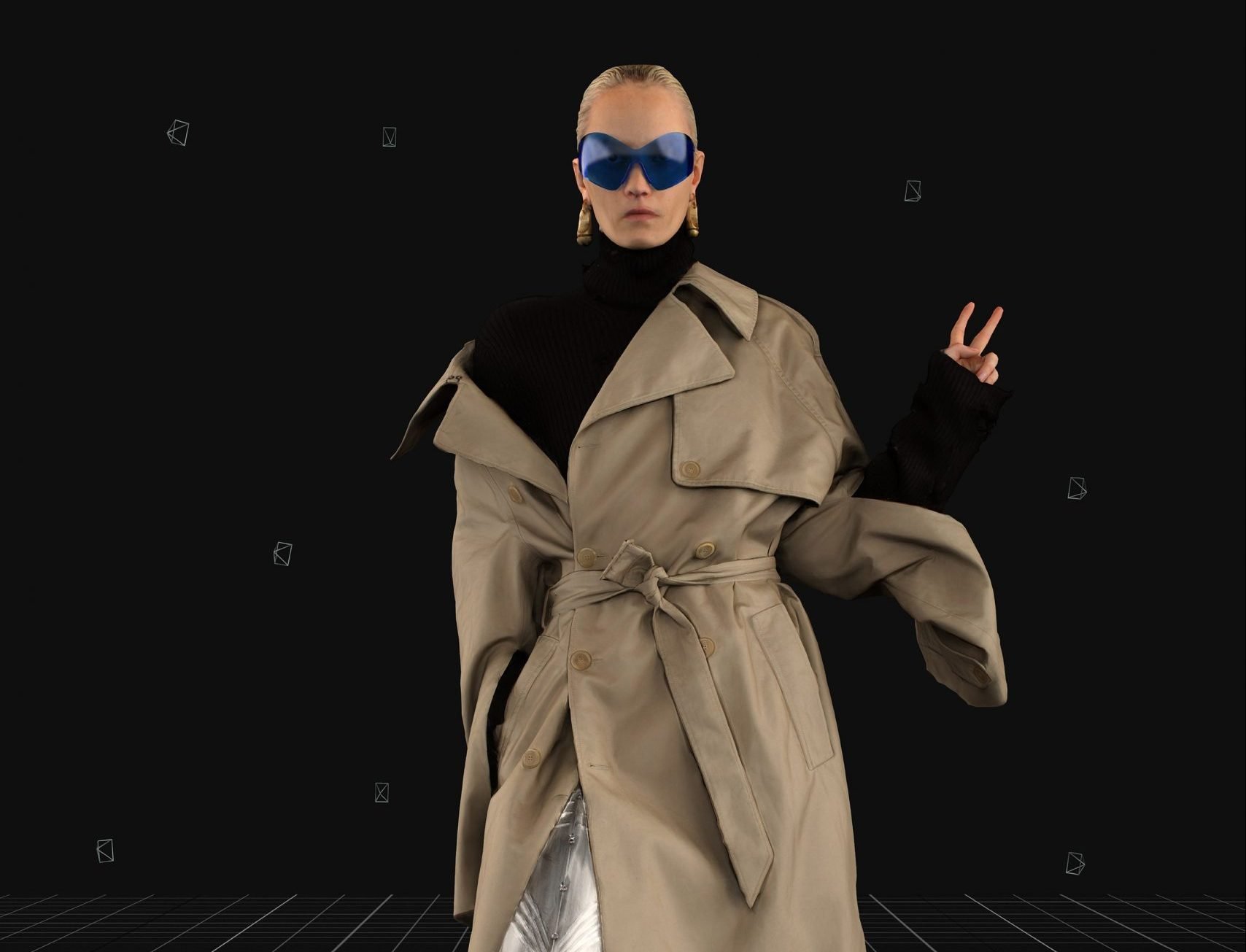 Balenciaga Gets the Gaming Bug For Fall RTW 2021

Experience fashion like never before by playing Balenciaga's Afterworld: The Age of Tomorrow

It is often said that limitation breeds creativity. This year, that saying has been particulary true for some of fashion’s most coveted brands. From Chanel’s recent runway starring a single guest to Loewe’s entire show in a box, creative directors have found inventive ways to adapt to strict quarantine measures. In particular, Balenciaga surprised everyone with an unconventional lookbook. Instead of creating a standard fashion film, they unveiled the Fall RTW 2021 collection via their very own video game.

Creative Director Demna Gvasalia was at the helm of this ambitious project. Named Afterworld: The Age of Tomorrow and set in a dystopian 2031, the game leads players through five different zones. In one zone, players explore a sprawling woodland area. They’ll follow a white rabbit along a nature trail, eventually stumbling upon a rave deep inside the forest. Spread throughout the game are 50 digital avatars — each avatar representing an IRL Balenciaga model — that sport neo-medieval ensembles from the Fall Ready-to-Wear 2021 collection. Along the way, players get the chance to stop and appreciate these looks up close. Maybe they’ll admire the slew of patchwork jeans or examine the NASA and PS5 logos printed onto varsity jackets.

For the Fall RTW 2021 collection, Gvasalia imagines a near future where older clothing is sustainably repurposed into new garments. Examples include a satin trench coat turned party dress; an adaptable parka that doubles as a duffel bag, and a scooter lap apron that is refashioned into a thermal wrap coat. Additionally, the collection press release reveals that treatments teased “out the aging process of materials,” making the clothing look like they’ve been worn for decades. This visual style shows Gvasalia is in touch with the current climate crisis. He predicts that, in the future, “people will keep wearing clothes they love until they fall apart.”

What’s most interesting about the collection is its recurring armor motif. Among the sea of utilitarian trench coats and puffer jackets, players will spot some avatars clad in silver-plated thigh-high boots; often paired with ripped jeans or midi dresses. This motif is most prominent in the final zone. There, the player reaches a gloomy cave to witness a showstopping final look. Covered in head-to-toe body armor is Balenciaga’s emblematic model Eliza Douglas. Symbolically, Gvasalia imagines her as a modern-day Joan of Arc. After pulling a sword out from a slab of stone, the cave wall breaks in front of Douglas to reveal a magnificent sunset, heralding a brighter future for all.

To heighten this optimistic message, the game ends with a small breathing exercise that gets the player to slowly inhale and exhale. As Gvasalia states in a Vogue interview: “We have to learn to calm down and let things go. Say goodbye to the old world. Let go of the past. A lot of new things are being born now.”

If you’re itching to play Afterworld: The Age of Tomorrow, access it on laptops and smartphones here.