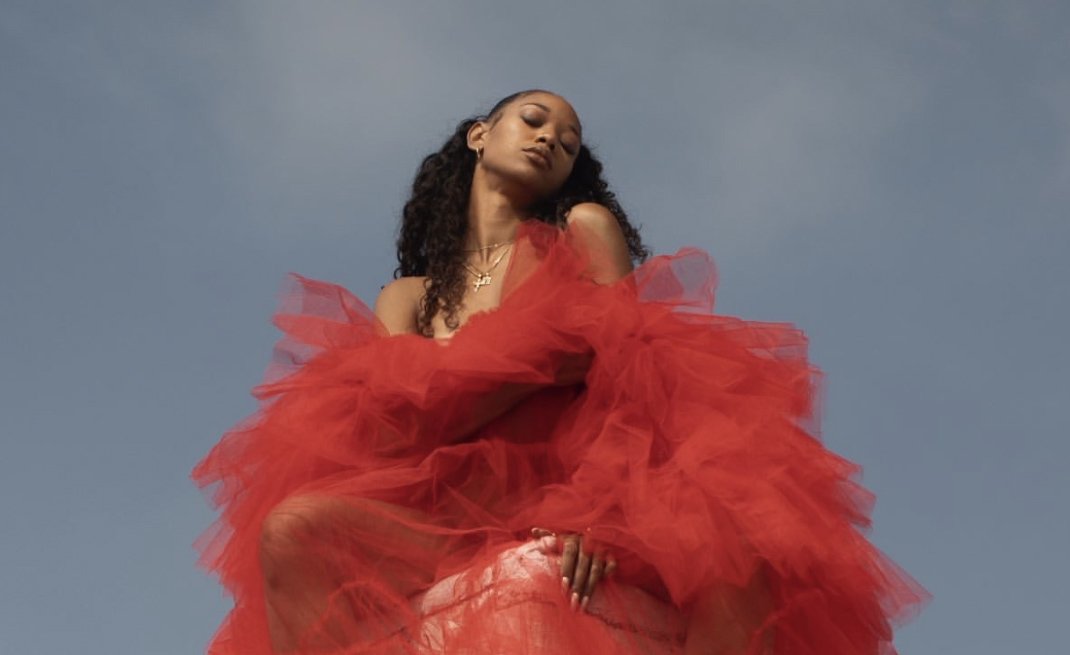 Netflix is known for finding fresh talent, and they can now add one more name to their list: Kylie Jefferson. Jefferson is a professionally trained ballet dancer and choreographer and with her breakout role in Netflix’s Tiny Pretty Things, she can now add actress to her long résumé.  If her performance in Tiny Pretty Things tells us anything, it’s that Jefferson bears all the marks of a dancer and actress with a long and illustrious career in front of her.

In our chat with Jefferson, she candidly talked about getting into ballet, experiences with racism, preparing for her debut acting role, and all the entertainment that got her through quarantine.

Tiny Pretty Things came out while we’ve been in quarantine — how is the reception to the show?

I kind of haven’t been outside much, I’ve honestly been relaxing. There is a slight feeling like “I wonder if anyone here has seen Tiny Pretty Things?” Maybe my face is just a little more familiar now, but I don’t know, it’s interesting! Right now I’m just so happy that all they want is a season two.

Does it feel weird seeing yourself on screen?

At first, yeah! When we were filming I was probably the only person that didn’t look behind the camera. We got some sneak peeks of episode one while we were still filming and, at the time, that was a little uncomfortable, but now I’m like, “yes, yes, yes!”  Now it’s funny because I’ll be watching the show and get so tied into the storyline and I’m like, “Oh shoot! I am on this show!”

How was the shift into acting from being a trained ballerina?

I haven’t put in the same amount of work for acting as I have for dancing, so as someone who has respect for the crafts and the classical arts, there was this part of me that was like, “How dare you just show up and be Neveah Stroyer?” It’s all about continuing to grow and learn that craft. I did my best to balance it out, but my dancing is what got me in the room, so I had to put in extra time to make sure my dancing didn’t slip.

What was your favorite part of playing Neveah? What was challenging?

Neveah healed me. There were things that I had been through in my life that I was having a hard time with or didn’t completely heal from, and this gave me another opportunity to show up for myself. One hard thing was coming into myself as an actress. Neveah and I are so similar, so sometimes I would have to ask, “Is this a Kylie feeling or a Neveah feeling?” It taught me what acting does to you personally and that if I continue, I should proceed forward with a little extra emotional mental health.

Do you see yourself acting on more projects in the future?

I sure hope so! I want to be respectful of the fact that I’m new to this world and I’m not expecting anything, but I definitely realized that I love acting!

If you could be in any movie, what would it be?

It would be a Marvel or Disney movie. I’ve always enjoyed Marvel and the Avengers and I grew up with the whole Disney collection. I was so excited when they started making the cartoon fairy tales into real-life fairy tales. If someone asked me to play Moana, I would do it in a second! She’s my favorite!

What got you into ballet?

I have been dancing ever since I could walk. I was 4 when I started to take classes, but when I was 6, my mom took me to audition for the Debbie Allen Dance Academy. The age requirement was actually 8 years old but Debbie Allen let me audition and from that moment on she has never let me go!

I know that there is a lot of racism in ballet and, often, when there is one Black ballerina people are waiting for her to be replaced. What’s been your experience?

There is no replacing, there is only joining! Everyone else gets to step into their place in life, we get to be included. We all play different roles; Misty [Copeland], Debbie [Allen], Aesha Ash, Lauren Anderson, and, hopefully now, myself — we are all here to play so many different roles. I want my community especially to be more supportive of the classical arts because that’s part of the reason some Black girls don’t follow through with it. That’s why I try to take on jobs where I know young Black girls will be watching, like hip-hop music videos.

The show talks about several heavy issues like racism and police brutality. Was it hard emotionally to jump between these scenes and the dance scenes?

For me, yeah. That’s basically my experience in life. I wanted to make sure we were properly supporting and representing certain communities when we talked about these conversations. That’s so clear in how we explore Neveah’s relationship with Isabel, a cop. There was a scene where Neveah walks into a police station and even though it was a set, and it was uncomfortable for me, so I wanted people to see that through Neveah.

What were some of your favorite on-set memories?

There was never a dull moment with my cast! Being on set with them was so fun. The days we filmed the dance scenes were the longest, but that was when we had everyone on set so it was very fun. Also, the scene where I get pushed, which we filmed on my birthday.

Do you have any news about season two yet?

Netflix hasn’t said anything yet, so we really have no idea. We don’t even know, writing-wise, what direction the show will go in.

If you could write the next season, what would you do?

Oren and Neveah need to pick up somewhere and figure out what they’re doing and there are just so many questions that need answering.

Using only four words, how would you describe the show?

Kinky, dark, healing, loving. One thing that I noticed about the characters — especially June, Neveah, and Bette — is that they have instant forgiveness for the people they love when they need them.

What is the first thing you plan to do when quarantine ends?

I want to go to concerts and festivals.

What are some movies and TV shows that got you through the quarantine?

Girlfriends, Sister, Sister, Grand Army, and In the Dark.

You’re in the kitchen — what song are you jamming to?

“No Guidance” by Drake and Chris Brown, anything by Doja Cat, “Long Way 2 Go” by Cassie.

Do you have any New Year’s resolutions?

Do you have any advice for young Black girls who want to go into dancing or acting?

Just do it! Who is going to stop you? You have to show up for yourself.