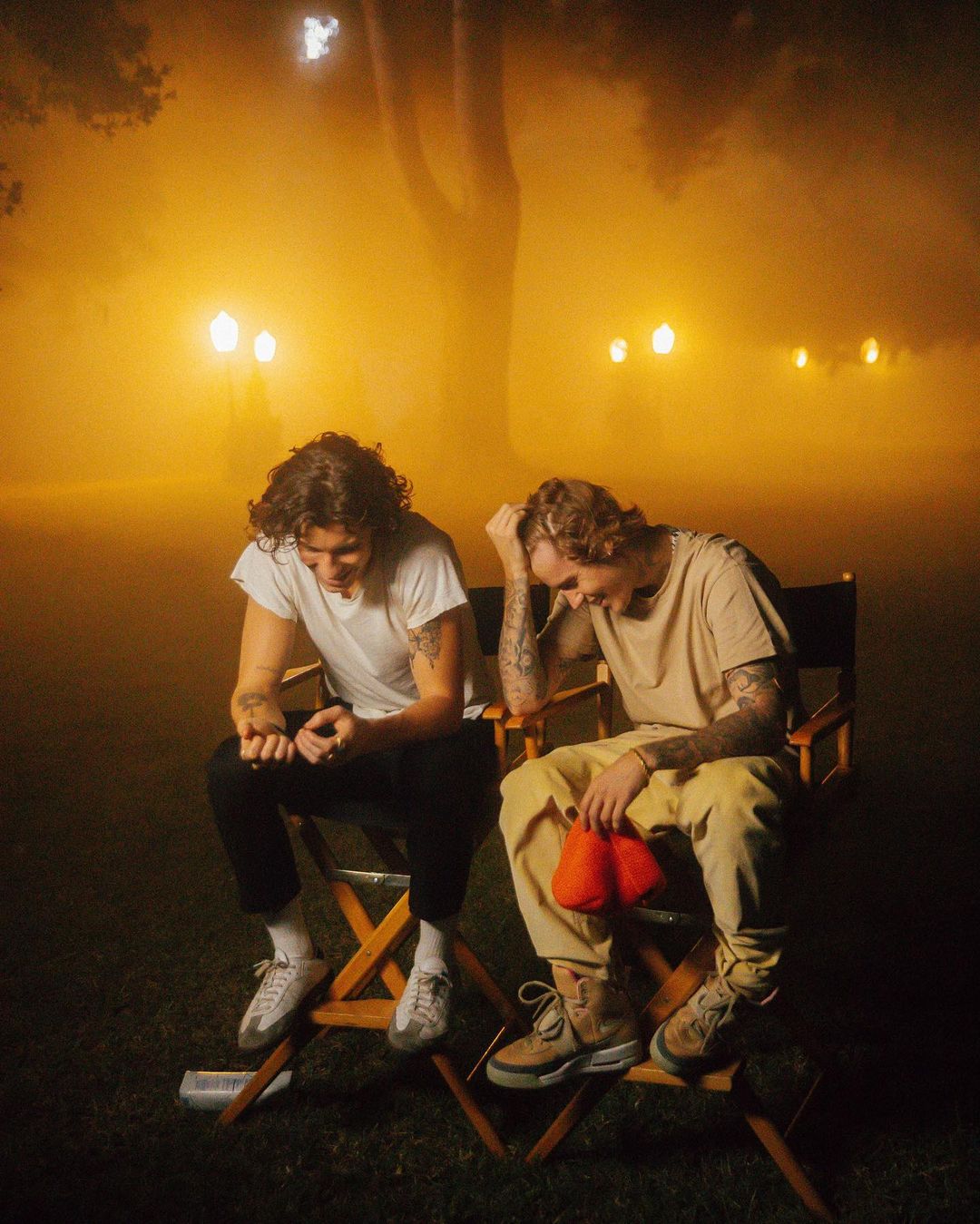 Shawn Mendes and Justin Bieber both grew up in the music industry’s spotlight, finding stardom after debuting their respective first singles, “Life of the Party” and “One Time.” The road to fame wasn’t easy for either of them, and although the two powerhouses both made their way up the ladder at a young age, the paths diverged into vastly different experiences for Mendes and Bieber. “Monster,” the duo’s collab that dropped on Nov. 20 as the second single from Mendes’s forthcoming album Wonder, tells part of that story.

The standout moments are when Mendes and Bieber blend their voices in a rich belt in the chorus, but the at-first minimalist, drum-heavy production and smooth vocal paired with a familiar pop, synthy vibe throughout the track’s rising action and bridge make it a memorable addition to both artists’ discographies.

The two played coy while keeping the project under wraps in recent weeks, but the news went mainstream on Nov. 17 with a short teaser of the track’s visual on both artists’ social media accounts. The visual, which premiered simultaneously with the single, features foggy, muted tones and Mendes’s and Bieber’s shadowy figures featured on a literal pedestal as they croon about the trials and tribulations of an upbringing in the music industry.

The stormy, simplistic video gives way to a brilliant showcase of the duo’s individual vocal strengths; perhaps most importantly for “Monster,” it allows both Mendes and Bieber to sound and appear vulnerable. Mendes’s verse, which opens the track, begins by evaluating the weight that comes from becoming an idol — a sentiment that became particularly prominent after the success of his 2016 album, Illuminate. “You put me on a pedestal and tell me I’m the best/ Raise me up into the sky until I’m short of breath/ Fill me up with confidence, I say what’s in my chest/ Spill my words and tear me down until there’s nothing left.”

While Mendes’s lyrics in “Monster” center around his inability to truly speak his truth because of the pressure placed onto him as a star, Bieber’s verse is more telling of his experience making mistakes in the spotlight. “I was 15 when the world put me on a pedestal/ I had big dreams of doin’ shows and making memories/ Made some bad moves tryin’ to act cool, upset by their jealousy.”

It’s clear that, now more than ever, both pop stars are ready to take control of their own narratives in the industry and beyond its bounds. The desire is both a believable cause and one that listeners will want to champion in the upcoming Wonder; this second single showcases Mendes at his strongest, taking a step back from longing romance tracks to partake in lyricism that takes a deep dive into who he is and what he wants, rather than what he already has.

“Monster” also continues a Bieber that is ready to bare it all to clear his name, following the heart-wrenching “Lonely,” which takes on his adult reflection of his teen years, packed with controversy and loneliness while the world watched him fall. It’s the perfect collaboration to continue this retrospective reckoning, and the star power is certain to drive the story to the top.

As similar as their experiences are, one would think Mendes and Bieber’s relationship was a long time coming. Quite the opposite is the case, though, and Mendes explained how the dynamic duo came to be in an interview with Elton John for VMAN.

“So, Justin and I haven’t been close for a long time,” Mendes said. “When I was nine, Justin was my Michael Jackson. He was everything. He was what everyone talked about, the singer who everyone wanted to sing and dance like. He completely inspired me to start singing. Justin and I have never really had a relationship together, and I had this song called ‘Monster’ that I wrote a long time ago.”

He continued, “… I called Justin and said, ‘I have this song and it means a lot to me. If it means something seriously to you and you want to put something very real on it, please be a part of this with me.’ And he did. Since then, we have become closer than ever.”

More than anything, “Monster” is proof that both Mendes and Bieber are prepared to disrupt assumptions about who they are. Whether teaming up for a (likely) chart-topping track or taking on their ventures solo, “Monster” is just one reflection of the power that two artists pack for making a massive, vulnerable impact.

Wonder is set to release on Dec. 4 on all streaming platforms, and Mendes’ documentary, In Wonder, hits Netflix on Nov. 23.